Ancient Greece did not have a centralized government, like many other ancient civilizations. Instead, the region was divided into different city-states.

There were about 1500 city-states in Ancient Greece!

One reason for the division in Ancient Greece was because of geography. There were many mountains and very few formal roads, so travel by land was very difficult. The Ancient Greeks traveled mostly by sea.

The Ancient Greek word for a city-state was “polis.” The city-states had similar cultures and language, but each city-state or polis had its own separate government. Athens and Sparta were the most powerful and well-known Ancient Greek city-states, but they weren’t the only important city-states. Let’s learn about a few others!

Argos was one of the oldest Greek city-states. It was built on a plain near a harbor. In the summer, Argos was very hot. In the winter, it was very cold.

The soil in Argos was not good for growing crops. According to Ancient Greek mythology, the gods Hera and Poseidon argued over who would be the patron god of the city. Hera won, so Poseidon dried out the land for revenge.

Because they couldn’t grow their own crops, Argos focused on trade. They invented their own coins to make trading easier.

It was the tyrant Pheidon who first introduced these silver coins during the 7th century BC. Under Pheidon’s rule, Argos also introduced a standard system of weight and measurement that became known as the Pheidonian measures.

Like Argos and many other city-states, Corinth was a monarchy ruled by a king. The city had an ideal location on both the Saronic Gulf and the Corinthian Gulf.

This allowed Corinth to have two seaports, making it a major city for trade and one of the wealthiest city-states in Ancient Greece.

For a while, the city of Corinth grew faster than the job market. They had a problem with unemployment. To solve the problem, Corinth created public works projects, like building new aqueducts (pipes) to bring fresh water to the city.

These projects created more jobs for the people of Corinth. Like Argos, Corinth also invented their own coinage.

Corinth had a great education system. They believed their schools were as good as the schools in Athens. All boys in Corinth went to military school for two years after high school.

During the Persian Wars, soldiers from Corinth fought with the other Greeks. They also fought with Sparta against Athens during the Peloponnesian War.

However, Corinth was best known for its architecture. They developed one of the three major forms of Greek architecture, the Corinthian Order.

To the north of Corinth was Thebes. According to legend, Thebes was the birthplace of the Greek hero Hercules.

The city-state played a major part in other Greek myths too, and it was the home of Pindar, the most famous Ancient Greek poet.

They eventually defeated Sparta at the Battle of Leuctra. This ended the dominance of the Spartan city-state and set many of Sparta’s slaves free.

Famous Thebans include Pelopidas, a brilliant military general, and Epaminondas, a military strategist and student of philosophy.

The city-state of Rhodes was formed when three smaller cities (Ialyssos, Kamiros, and Lindos) united in 408 BC. Rhodes was on a Greek island and was wealthy for many years because of its location as a trade port.

It’s considered one of the Seven Ancient Wonders of the World. 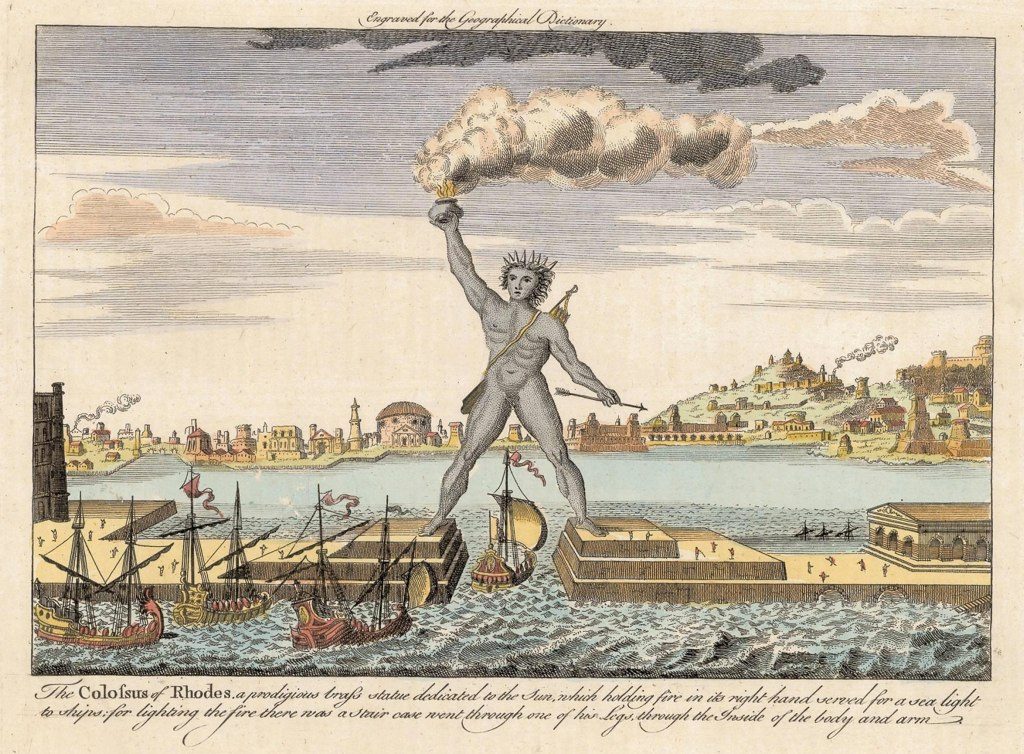 The city-state of Megara had a lot in common with Corinth. They were ruled by a king, developed their own coinage, and had public works programs and a great education system.

The people of Megara also enjoyed plays in open air arenas and built many beautiful statues. There was a lot of freedom in Megara. People from other city-states could move there and buy or rent homes.

They sailed around the Mediterranean and established new towns. One of these was called Byzantine. Byzantine’s name was later changed to Constantinople, then to Istanbul.

The Megarans were most famous for their textiles. The colorful, beautifully designed fabrics were in very high demand in Ancient Greece.

Delphi was the religious center of Ancient Greece. People traveled from all over Ancient Greece to ask for advice from the famous Delphic oracle Pythia. The city later became the shrine to the Greek god Apollo.

Delphi was located in the center of Greece and was also known for trade, literature, education, and the arts. They established the Pythian Games, one of early Greece’s most famous athletic competitions.

Other Interesting Facts About Greek City-States