They are skilled hunters who work as a team to care for and protect the other dogs in their pack. 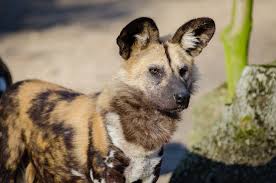 Because of conflicts with humans, disease, and habitat loss, they are unfortunately endangered.

But wildlife groups are doing their best to save the African wild dog.

African wild dogs have a patchy coat of many colors: red, black, brown, white, and yellow. Each dog has its own unique coat pattern.

The dogs also have big, round bat-like ears. They have only four toes on each paw.

African wild dogs have long legs and a lean build. Their bushy tails have a white tip.

Most African wild dogs weigh about 40-80 pounds. They are usually 30-43 inches long. 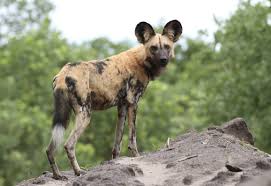 Where do African wild dogs live?

African wild dogs can be found in sub-Saharan Africa. The largest number live in southern Africa, Tanzania, and Northern Mozambique.

They mostly live in the savanna, large grassy plains with few trees.

If there is nearby prey (animals to hunt), they can also be found in woodland, scrubland, and mountainous habitats.

What do African wild dogs eat?

African wild dogs are carnivorous, meaning they eat meat. They are predators who hunt other animals for food. 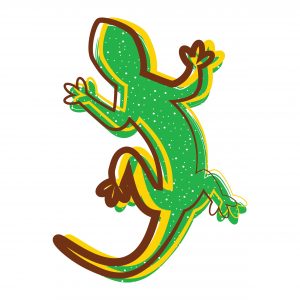 African wild dogs are excellent hunters. Their hunting success rate is 80%. By comparison, lions have a success rate of only 30%.

They usually hunt during the day because they hunt by sight. However, they sometimes hunt in the moonlight. While chasing their prey, the pack works as a team. As the dog in the front of the pack gets tired, another will take its place. They are intelligent and great communicators.

African wild dogs are also fast. At a full sprint, they can run over 40 miles per hour. But they rely more on their excellent stamina, meaning they can cover a lot of distance without getting tired. 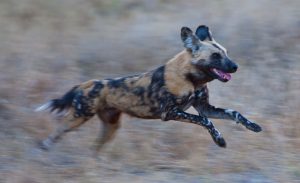 African wild dogs are very social. In packs, they share food with each other, help other dogs who are sick or weak, and “talk” through touch and noises.

For example, when they hunt, they do not fight over food like hyenas or lions.

They even bring food back to share with the dogs that stay behind to watch the pups.

When pups first become old enough to join the hunt, the other dogs allow them to eat first.

The dogs wait patiently until it is their turn to feed. The whole pack is involved in caring for the young.

The pack is usually dominated by a pair: a male and a female who stay together for life. 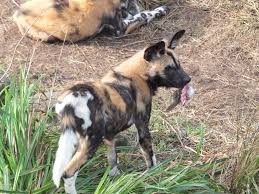 For this reason, the pack is made up of children of the alpha pair and of previous alpha pairs.

When female wild dogs are old enough to mate, they leave the pack to find a mate.

Male wild dogs stay with the pack. This is opposite from most other pack animals.

African wild dogs are one of the most endangered mammals in the world. They have been endangered for over 20 years.

Today, there are only about 5,000-6,000 African wild dogs left in the world. The number continues to decrease at an alarming rate.

There are many threats to the survival of the African wild dog. One is habitat loss. 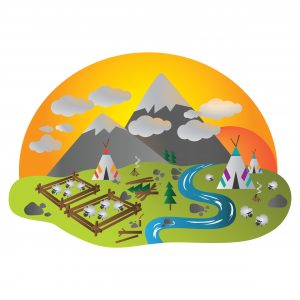 As human populations and activities expand, wild dogs lose the space they need to roam.

Humans also sometimes shoot or poison wild dogs. Some people think that the African wild dogs are a threat to their livestock, like cows.

They are also killed by diseases like rabies and distemper. Competition for food with larger predators like lions is another problem. The average life span of an African wild dog is about 11 years.

African wild dogs have their pups in underground dens that have been abandoned by porcupines or warthogs.

African wild dogs have a strong odor. If a dog is separated from the pack, he or she will find its way back using smell. 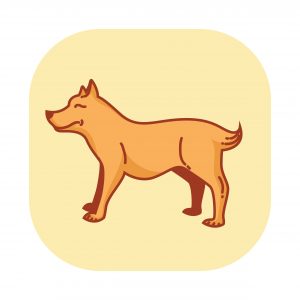 The African wild dog cannot be successfully tamed by humans. They don’t trust people or any animals outside of their own pack.