There were three emperors before Claudius: Augustus Caesar, Tiberius, and Caligula. Claudius was made emperor after Caligula was murdered in 41 AD.

He was thought to be a weak man because he stammered and had a club foot.

However, he proved everyone wrong and was revered after he led his Roman troops invading Britain and other areas in Europe and around the Mediterranean.

He conquered new lands and set up Ancient Roman colonies.

Claudius was the son of a Roman general and was the nephew of Emperor Tiberius and the grandson of Emperor Augustus Caesar.

He was a clumsy and unattractive boy, and the upper class and those around the emperor thought he was an embarrassment.

He was left alone to study history and began writing a history of Rome. He wrote at least 28 books – all in Greek. Claudius was accepted as a member of many religious colleges while still a young man.

He had two or three wives who he divorced and stayed married the longest to his cousin, Agrippina the Younger. He had five children by his former wives.

When Emperor Caligula was murdered in 41 AD, Claudius was named emperor. Claudius was always sympathetic to his soldiers as well as the aristocracy.

He was also friendly with foreigners and freedmen (former slaves who were later freed and given Roman citizenship).

He was, however, often ruthless in his dealings with knights and Senators, and there were many attempts on his life.

Invasions and Expansion of Roman Rule

In 41-42 AD, immediately after being named emperor, he conquered Mauretania in North Africa. The next year his army invaded what is now the southern coast of Turkey.

In 46 AD, he conquered the area of Thrace up to the Balkan Mountains, which today is Bulgaria, Greece, and Turkey.

In 43 AD, Claudius and his army invaded Britain, crossed the Thames River, and captured the city of Colchester. He established a colony made up of veteran soldiers.

In other areas of Europe, such as what is now Austria and Bavaria, he declared five communities as Roman municipalities governed by Rome and established colonies in what is known today as Germany.

Claudius was instrumental in improving the Roman judicial system. He gave grants to beginning colonies so they did not suffer hardship.

He revived religious ceremonies that had been discarded or forbidden under previous emperors.

He allowed Roman gods to be worshipped and was very accepting of Christians and Jews. He even attempted to persuade Egypt to stop their persecution of Jews.

Claudius established a greater control of the treasury. He created a cabinet of freedmen and gave them certain authority over some branches of the administration. 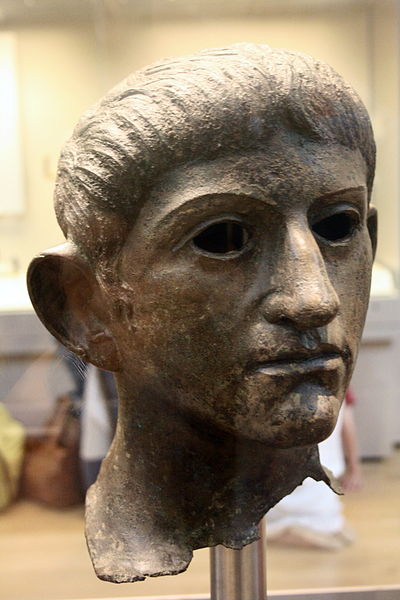 The Murder of Claudius

Accounts of Claudius’ rule are varied: he could be judicious and fair, and he could be ruthless. When one of his ex-wives had a public marriage with another man, Claudius had both of them killed.

While Claudius was married to Agrippina, she managed to persuade him to disinherit all his children and adopt her son, Lucius (his name was later changed to Nero).

Then, quite mysteriously, Claudius died in 54 AD. It is believed he was poisoned by Agrippina so that her son could be named emperor.