Ancient Egyptian civilization lasted for more than 3000 years. By comparison, the United States is currently only 242 years old!

With so much to cover, talking about Ancient Egyptian history can get complicated! The history of Ancient Egypt is usually divided according to this timeline:

Let’s look at the major events from each period in Ancient Egyptian history. 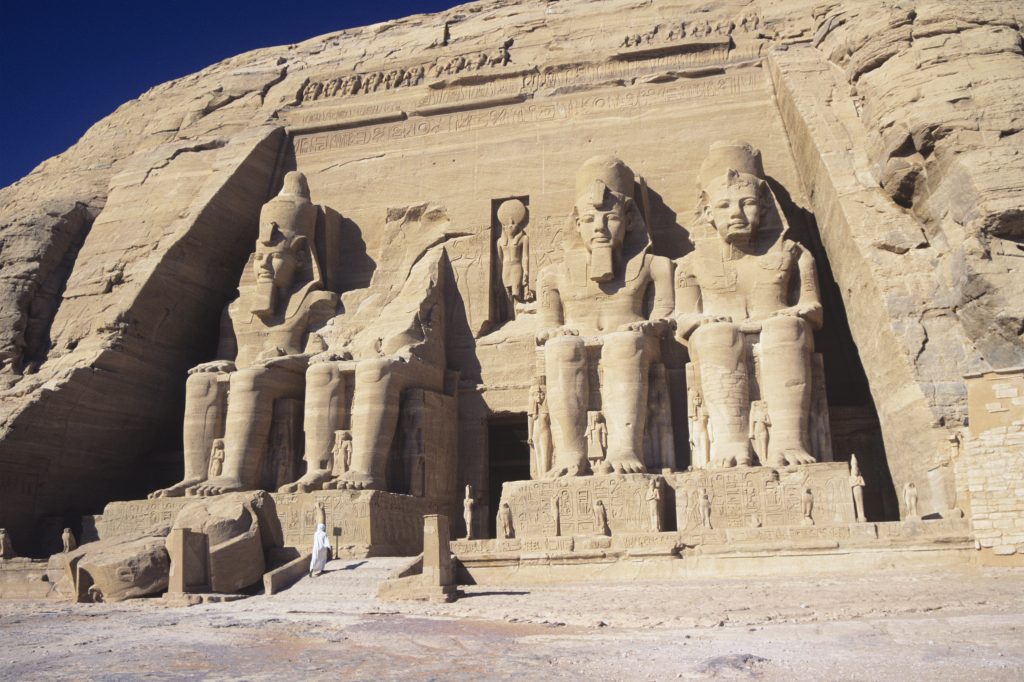 Scholars know less about the Predynastic period than any other, because few records or artifacts have been found.

We do know that Ancient Egyptians lived in mud huts and fished and hunted for food. Early developments in art, architecture, politics, and religion began during the Predynastic Period.

Around 3400 B.C., Egypt was divided into two kingdoms: The Red Land in the North and The White Land in the South. In 3100 B.C., King Menes united the two kingdoms and became the first king of the first dynasty.

King Menes founded Egypt’s capital near the Nile River. The Nile River is extremely important in Egyptian history. It watered the crops so that Ancient Egyptian civilization could live and grow.

During the Archaic Period, Egyptians began using an early form of hieroglyphs, an Ancient Egyptian writing system. They also began to think of kings as powerful, godlike figures.

Most Ancient Egyptians lived in small villages and farmed the land. The flooding of the Nile River each year provided fertilization and water for the crops. 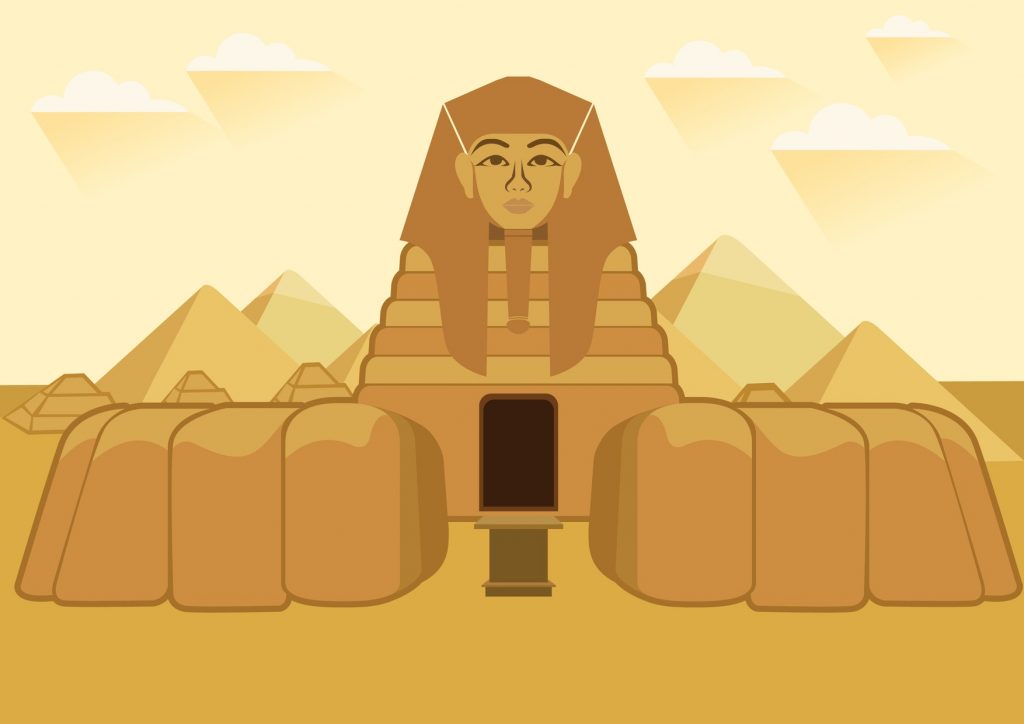 The Great Pyramid at Giza was built for Khufu, who ruled from 2589 to 2566 B.C. Two other pyramids were built at Giza for Khafra and Menkaura, who ruled after Khufu.

The beginning of the Old Kingdom period was a golden age for Ancient Egypt. It was a time of peace and growing wealth.

The Old Kingdom ended after the death of King Pepy II, who ruled for nearly 94 years.

The First Intermediate Period was a time of conflict, both within Egypt and from invaders. It was also a time of disease and famine.

Egypt was reunited in 2055 B.C. when the Theban prince Mentuhotep defeated Heraclepolis. This ended the First Intermediate Period.

The Middle Kingdom was another golden age for Ancient Egypt. Egypt colonized Nubia, which had resources like ivory, gold, and ebony.

In 1789, Ancient Egypt had its first female ruler, Queen Sobekneferu. 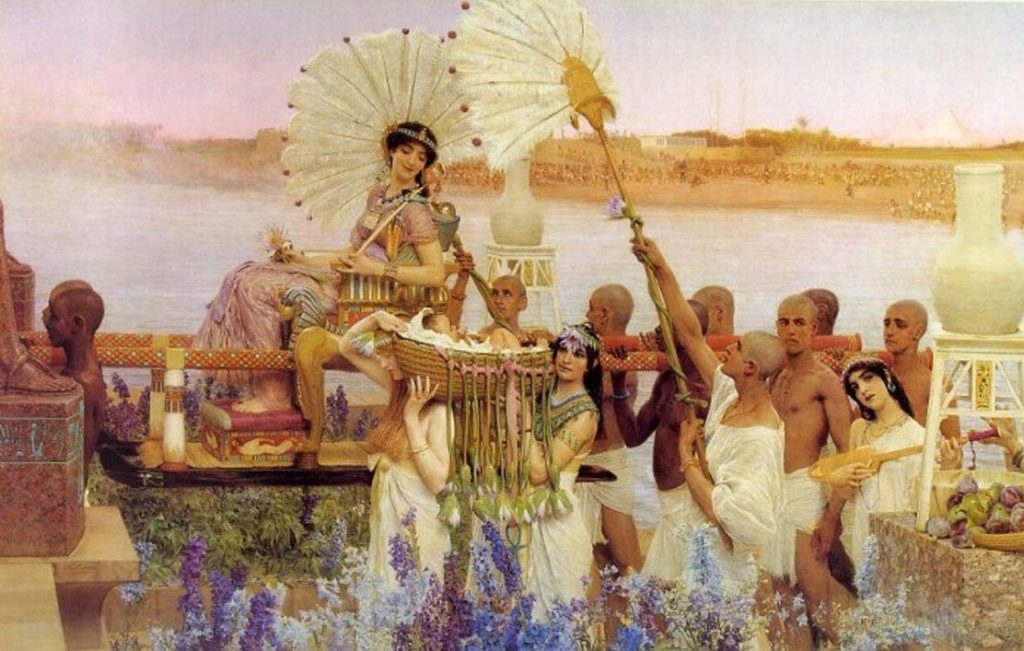 During the Intermediate Period, there was a lot of conflict within Egypt. The official royal court was in Thebes, but a rival court was established in Xois.

Foreign rulers called the Hyksos took advantage of this conflict, taking control in 1650 B.C. The Theban rulers continued to control most of southern Egypt, but they had to pay taxes to the Hyksos.

Around 1570 B.C., the Thebans defeated the Hyksos and drove them out of Egypt.

Egypt became extremely powerful during the New Kingdom pyramid. They built an empire that stretched from Nubia to Asia’s Euphrates River.

Under a line of kings named Ramses, Egypt built many great temples and cities. After Ramses III, Egypt was less successful. The empire lost control in Palestine and Syria and was invaded several times.

During this period, government in Egypt became less centralized. King Sheshonq technically ruled Egypt, but local officials had a lot of power of their own.

Sheshonq was Libyan, and several Nubian pharaohs ruled after him. Egypt also fought with the emerging Assyrian dynasty during this time. A pharaoh who was loyal to the Assyrians briefly ruled Egypt before being defeated. 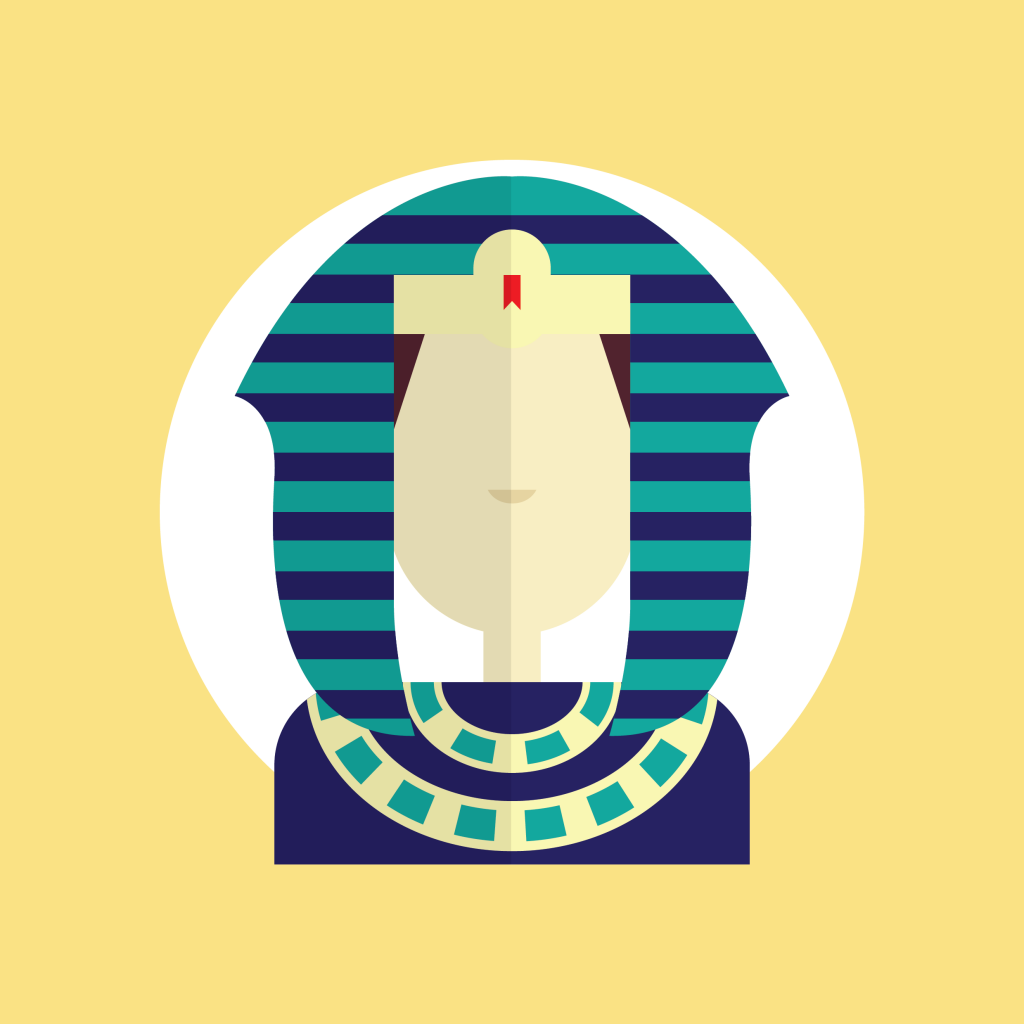 Egypt was again unified at the beginning of the Late Period. But in 525 B.C., Psammetichus III was defeated in battle by Cambyses, the king of Persia. Egypt became part of the Persian Empire.

Most Persian kings ruled fairly and supported Egyptian religion and culture. This was not true for Xerxes. Under Xerxes and some of the rulers that followed, Egyptians began to rebel.

In 404 B.C., one of these rebellions was successful. This began the last period of native Egyptian independence. The Persians again attacked and regained control in 434 B.C.

In 332 B.C., Alexander the Great of Macedonia, one of the greatest military leaders in history, conquered Egypt. After his death, Egypt was ruled by a line of Macedonian kings.

The last ruler of this line was Cleopatra VII. She surrendered Egypt to Roman armies. For six centuries, Egypt was ruled by the Roman Empire, and Christianity became the official religion.

By the seventh century A.D., Egypt was conquered by the Arabs and Islam was introduced. Most of the remaining Ancient Egyptian culture was erased.