Greece is located in the Mediterranean Sea in southeastern Europe. It is made up of islands and peninsulas and surrounded by the Aegean, Adriatic, and Ionian Seas.

In ancient times, the city of Athens was located at the tip of a peninsula called Attica. A slim strip of land called the Isthmus of Corinth connected the rest of Greece with the largest peninsula, the Peloponnese.

The Peloponnese was home to cities like Sparta and Olympia.

Ancient Greece’s many mountains, seas, and islands had a major influence on the Ancient Greeks, from their seafaring culture to their divided city-states and huge trading system. The early Greeks settled along the Aegean Sea. They formed settlements and later city-states along the coastline.

The Aegean Sea provided the Ancient Greeks with fish to eat and a way to travel from city to city.

Over 1000 islands can be found in the Aegean Sea, and the Ancient Greeks settled on many of them, including the well-known island of Crete.

As people spread throughout Ancient Greece, they also lived near the Ionian and Mediterranean Seas, along with smaller rivers.

People became sailors, fishers, and merchants. Ancient Greece was the perfect location for trade, and Greek sailors traveled as far as Ancient Egypt to trade products.

About 75% of Greece’s mainland is mountainous. The country’s tallest mountain is Mount Olympus. The Ancient Greeks believed that this mountain was the home of the gods and goddesses.

Of course, these mountains made it difficult for the Ancient Greeks to make long journeys by land. All of the mountains and seas formed barriers between the ancient settlements.

Because of these barriers, Ancient Greece developed into several independent city-states instead of one centralized government. Some of the major city-states were Athens, Sparta, Thebes, and Corinth.

They all spoke the same language and had similar cultures, but each city-state had their own government. 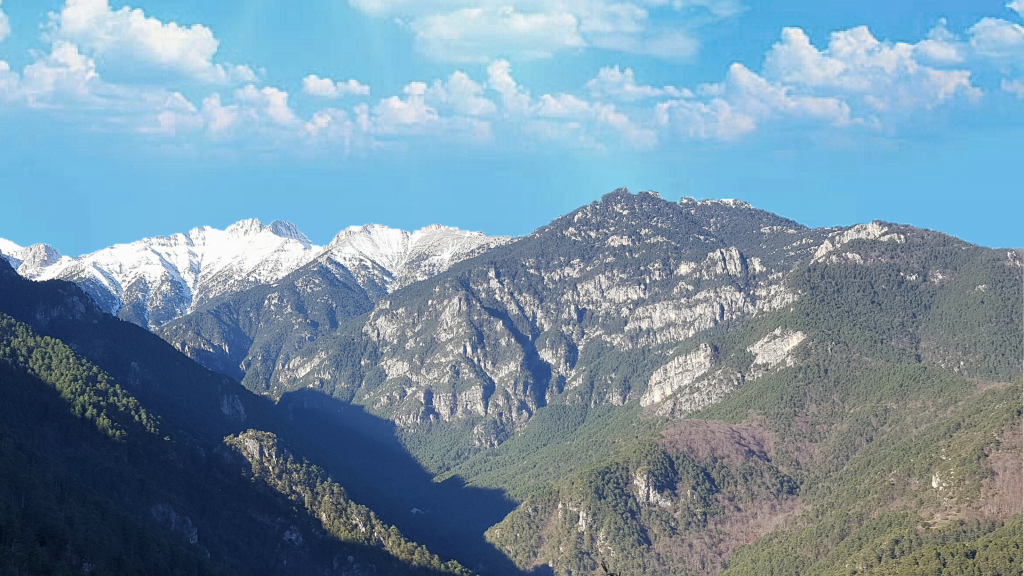 Unlike many other parts of the ancient world, Greece did not have wide-ranging plains for growing crops.

Olive oil was especially popular, even with other civilizations. It was used as body lotion, lamp fuel, and an ingredient in many dishes.

The Ancient Greeks were also able to grow wheat and barley and raise livestock like sheep and goats. In addition, fish and other types of seafood were part of the Ancient Greek economy and cuisine.

The Ancient Greeks usually experienced very hot summers and mild winters that were wet and windy. People wore light, loose clothing for most of the year.

In the winter, the Ancient Greeks usually wore a cloak or a wrap.