Music and dancing were a major part of Ancient Egyptian culture. Music was especially popular and important during the dynastic periods ruled by pharaohs. 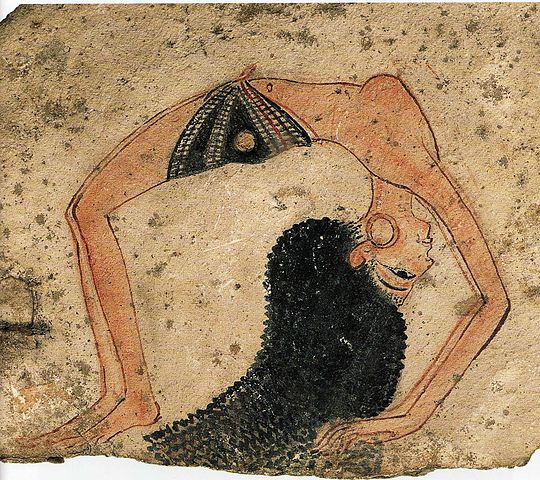 Let’s look at the role music and dance played in the lives of the Ancient Egyptians.

Ancient Egyptian music was made by clapping, singing, and playing instruments. It was part of religious ceremonies, funerals, festivals, parties, and small gatherings.

People also used music or chanting at work to ease the boredom of manual labor, like grinding corn.

There were many professional musicians in Ancient Egypt. The status of the musician determined where they could play and sing. Only musicians with a high status could perform for religious ceremonies in the temples.

The highest honor for musicians was to achieve the status of “shemayet,” which meant they were allowed to play for a specific god or goddess. These musicians were mostly women.

Pharaohs and the royal family also had personal musicians of excellent quality. Lower class musicians performed at parties and festivals, where they were often joined by informal singers and dancers too.

Hathor and Bes were the Egyptian gods of music, and many ceremonies devoted to these gods involved music, song, and dance.

The Ancient Egyptian had an impressive number of instruments. Their percussion instruments included bells, castanets, hand-held drums, rattles, and a sistrum, which is similar to a tambourine or a triangle.

They also had wind instruments like trumpets, flutes, oboes, clarinets, the shepherd’s pipe, and the double pipe.

Stringed instruments were popular as well, including lyres, harps, and the lute.

Historians know that the instruments were valuable to the Ancient Egyptians because instruments have been found with the names of the gods and goddesses carved on them.

The Ancient Egyptians did not use musical notation. They passed songs down by sound from generation to generation.

They did write lyrics, which were often about gods, goddesses, and pharaohs or members of the royal family.

There were ritual dances that were an important part of religious and funerary rites. One example was the Muu-Dancers, who wore kilts and reed crowns and performed alongside funeral processions. 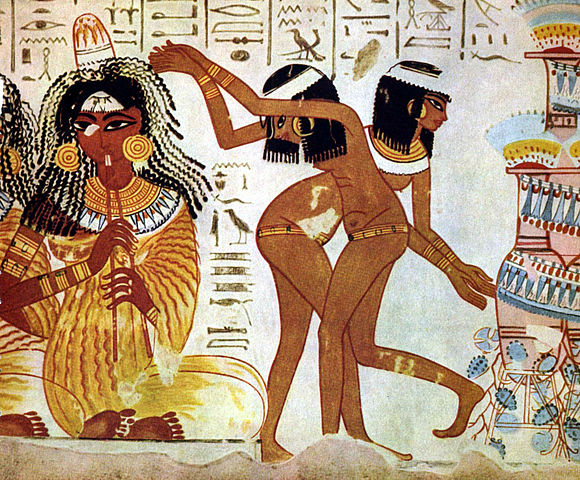 Dancing in Ancient Egypt was very athletic. It included cartwheels, handstands, backbends, and other athletic poses.

Dancers were accompanied by musicians or used hand-clapping or castanets to keep their rhythm.

Nearly everyone in Ancient Egypt danced, even the pharaohs. However, wealthy people and nobles did not often dance in public like the lower classes.

Other Interesting Facts About Ancient Egyptian Music and Dance