The world populations are on the brink of being able to use power generated by ocean waves and tides. Although only a few small projects exist today, the technology is quickly advancing. The potential to derive electricity from the oceans is immense.

Wave and tidal energy is a source of power in unlimited supply and a source of pollution-free electricity. Waves crossing oceans and tides are predictable and never-ending. Because the technology to produce electricity from the actions of waves and tides is at the beginning stages, it is an expensive endeavour.

However, the costs will decrease when generators are built and in full use. The first commercial projects are underway, but research and development funding is needed as well as commercial enterprises being willing to support the new projects.

Experiments have determined where in the world generators should be built to best take advantage of wave energy. Wave energy is the greatest between 30° and 60° latitude on the western coasts of the north and south hemispheres. The Oregon and Washington coasts are perfect locations to generate electricity from wave and tidal energy.

For just the U.S. alone, the wave energy along the western coast has the potential to produce as much electricity as hydropower does now.

In just one corner of the United States, there are many companies exploring the idea of tapping into the wave and tidal energy of Washington and Oregon coasts.

Oregon State University has gained the support of the Oregon Department of Energy and is seeking government funding for a research centre to develop designs for wave and tidal electricity plants to supply electricity on a commercial scale.

Northwest AquaEnergy Group Ltd. is designing a wave power plant at Makah Bay, Washington. Puget Sound is being considered as an excellent site for seven other electric plants.

On the coast of Portugal, the first commercial wave energy plant was developed by a Scottish company and began operating and producing electricity. 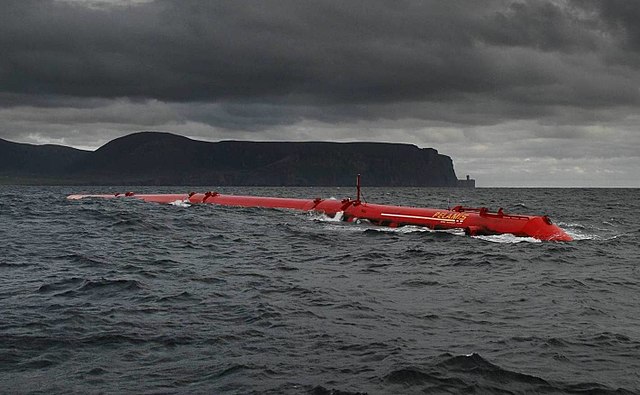 There are three types of wave energy technologies. One uses floats and buoys which use the rising and falling motion of waves to drive hydraulic pumps that generate electricity. Another uses a cylinder on the shore that receives the push and pull of water from wave action.

The third type is a tapered channel either on or offshore that concentrates and directs the waves to spin turbines.

A tidal barrage or dam is erected with a sluice to capture the in and out flow of the tide and direct the water over a turbine. The world’s first tidal power plant is in France and has been operating since 1966. It produces 260 MW of electricity. The environment can be damaged by changing the ecosystems of the shore and fish can be affected. Although wave and tidal plants do not produce emissions or greenhouse gas, ecosystems along the shoreline and onshore can be impacted by the changes in the environment and the damage caused by construction.