Largemouth bass are one of the most popular types of fish caught for sport. However, they are also very interesting fish while under the water on their own.

Largemouth bass are a light green color with a tan or white belly. They usually have a darker green stripe down their sides. They are called “largemouth” because the edges of their mouth extend past their eyes.

Female largemouth bass are usually bigger than the males. 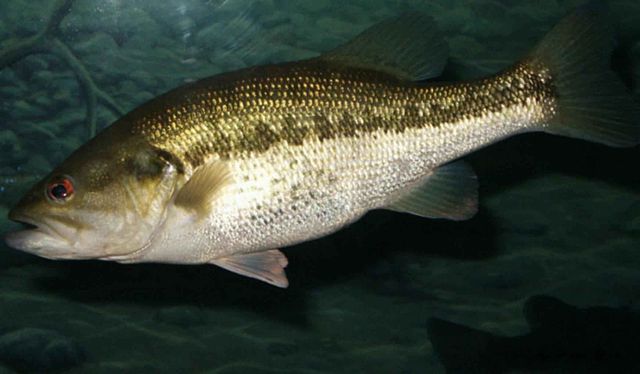 Where do they live

Largemouth bass live are most often found throughout North America. They have been found in areas all the way from the east coast to Texas and North Dakota in the west. They can also be found in Canada as far north as Quebec and in northern Mexico.

Largemouth bass are usually found in calm freshwater bodies of water such as lakes and rivers. They particularly like to live in bodies of water that have a lot of plants growing nearby, so they can hide from predators. They usually stay in fairly shallow water, but during the winter they migrate to deeper areas. 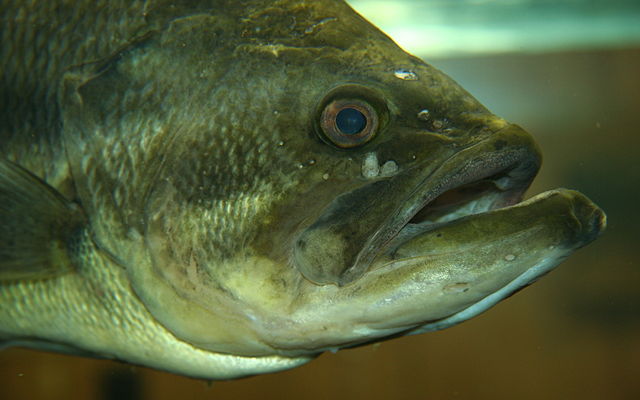 What do they eat

Largemouth bass usually eat insects and other smaller fish. Although they are prey for many animals, they are also predators because they catch and eat other fish. One of the smaller fish adult largemouth bass like to eat most is the sunfish.

Largemouth bass usually eat early in the morning and late at night.

Largemouth bass are more active at night than they are during the day. During the day, they can be found hiding and resting in shady areas under logs, lily pads, and other objects. This is part of how they can protect themselves from predators.

Young largemouth bass form groups called schools, but the young fish are much more social than adults. For the most part, adult largemouth bass do not form any groups or relationships with each other. Largemouth bass generally stay close to home, rarely traveling or changing locations.