There are lots of myths and legends in Chinese culture.

China has one of the longest records of myths of all the countries in the world. We know some of them go way back over 4000 years.

From emperors and heroes to mythical creatures like dragons, let’s find out about the myths that are part of the Ancient Chinese past. 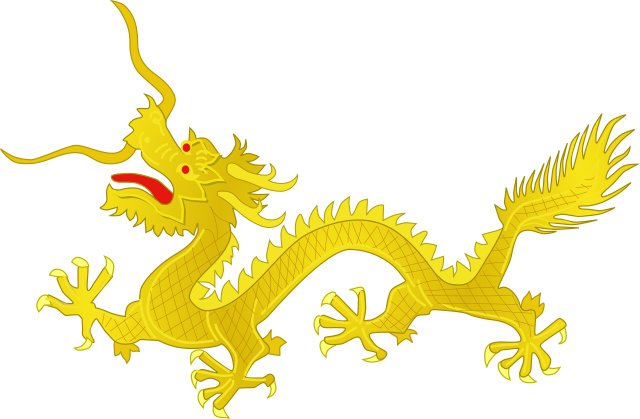 Mythology is a collection of myths or legends that are connected to a certain culture, region, country, or people.

The myths or legends within this mythology normally relate to important people and heroes (who may or may not have existed), ancestors or certain events.

Myths are traditional stories that explain the history of a people, an idea or an event.

However, they often contain supernatural (magical) occurrences, mythical creatures or intertwine religion and gods with people.

In Chinese mythology there are legendary rulers who brought with them inventions or did important things. These legendary mythical emperors became gods in early Ancient Chinese religious beliefs.

Two mythical emperors were Fu Xi and Nuwu. Fu Xi and Nuwu were brother and sister. They are said to have invented fishing, trapping and hunting.

Legend has it that they created something else that was pretty important too…humans! They are said to have made people from clay.

There was another very important mythological demi-god called Shennong. Shennong’s name means “divine farmer” and he was believed to be the person who brought farming practices to the Chinese people.

The legend goes that he brought along important inventions, like the plough, the axe, the hoe, and the man-made water systems that watered the fields (irrigation).

There were also five legendary emperors:

One of the most important mythical creatures in China is the dragon. Even thousands of years ago, this snake-like beast was admired and honoured in the first Chinese civilisations.

We know this because ancient figurines of a dragon have been found that date back to 4500-3000 BC! The dragon is seen as a source of life in China and it was believed to control the weather.

The dragon was depicted on things like the robes of emperors, gold jewelry, statues and artwork.

Because there are pictures of dragons on such important items, we know how special the dragon has always been to Chinese civilisation. The dragon is seen to bring luck and wealth (riches) to the people.

The Chinese dragon is thought to be a powerful beast that lives in the water or in clouds. In other mythologies from around the world, the dragon creature is seen to be unkind and scary.

In Chinese mythology, the dragon was not only kind and gentle, but thought to be one of the most intelligent animals.

The legend of the Chinese New Year

This legend is famous across the whole world, but did you know it started many thousands of years ago? The story goes that a winter monster named Nian would enter the village to attack people. Nian means ‘year’.

Then, people became wise and decided to use fireworks and drums to scare Nian the monster away.

The monster was also scared of the colour red, so red lanterns were hung up to scare him.

See what you can remember about Chinese mythology with these quick questions!