Windmills have been used to do work for thousands of years – to pump water for irrigation and to move grindstones to crush grain. As early as the 1800s, U.S. farmers have been using wind turbines to pump water.

But when fossil fuel energy came to the forefront as the major cause of global warming and land and ocean pollution, wind power was seriously considered as an alternative source.

Wind power is cheap to produce, environmentally friendly, and a renewable resource. In 1992, the U.S. government passed the Energy Policy Act to encourage the development of wind power. 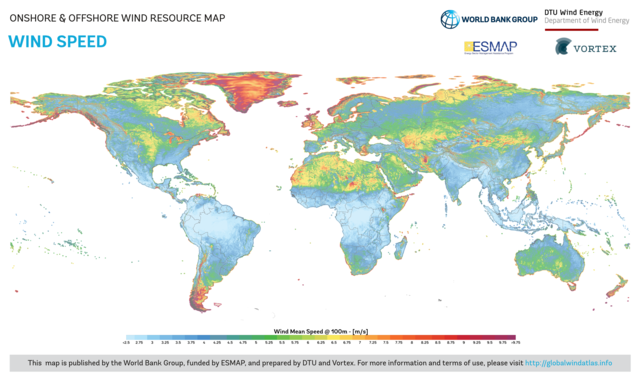 Wind turbines use the same principle used by hydroelectric turbines. The turbine has a magnetic induction coil that generates electricity when the rotor spins. The electricity that is produces can be immediately distributed to customers or be stored in a series of batteries to be used later.

Today, wind turbines are complicated machines and have blades 180 feet long or longer. The structure itself can be 280 to 360 feet tall.

The amount of electricity produced depends on the speed of the wind. There is not a place on earth that doesn’t have wind.

In 2017, a utility-scale wind turbine began operating in North Carolina. As of today in 2019, there are similar utility-scale turbines located in 41 states of the U.S. as well as Puerto Rico, Guam, and the U.S. Virgin Islands. These facilities are supplying electricity to 50 U.S. states.

Construction of offshore wind turbines will be able to provide electricity to coastal cities. One such facility began operation in 2016 off the coast of Rhode Island.

The U.S. estimates wind power electricity will top 95,000 MW by 2019. This could supply electricity to more than 24 million homes. The opportunity for companies to build future facilities is enormous. 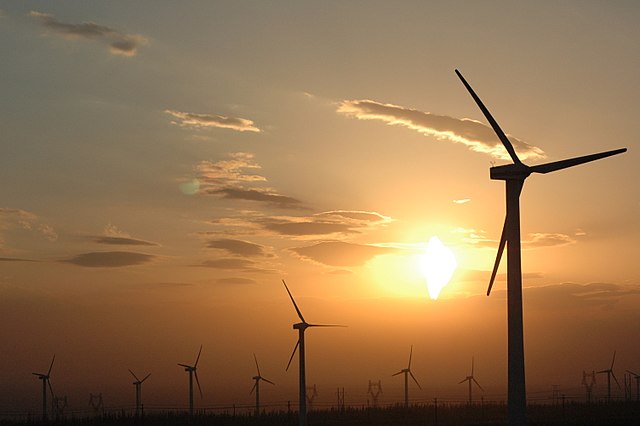 As more and more wind energy facilities get up and running, the energy per kilowatt-hour will decrease and cost of power contracts will drop in price. It is the initial construction that is high and once that is completed, operational costs will be much lower than any other source of renewable energy.

Wind fluctuates so the energy it produces could fluctuate as well. However, forms of energy storage like batteries will take care of that.

The upfront investment needed to build wind turbines and install them is high for both residential and commercial facilities.

The construction and installation of wind turbines on land can disrupt wildlife habitat. As well, the towers are not very attractive especially if there are many wind turbines in one area blocking the view.

With offshore wind turbines noise is not an issue. Although onshore turbines do emit a noise, new designs are being drafted that produce little or no noise. 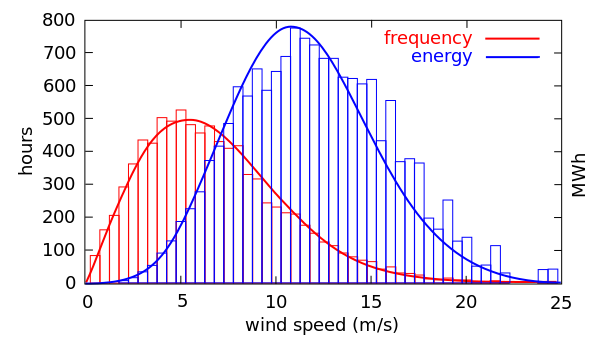 Wind energy is the fastest growing source of electricity in the world. Scientists are predicting the use fossil fuels for energy will be a thing of the past by the middle of this decade. Research is being done to make wind power the cheapest form of electricity to individuals and businesses.

Governments around the world are realizing the huge potential of wind power and some are offering low-interest loans and tax incentives to developers to encourage the construction and installation of wind power facilities.