Plato was an Ancient Greek philosopher, mathematician, and teacher. He is remembered as the person who helped form the foundation of Western philosophy. 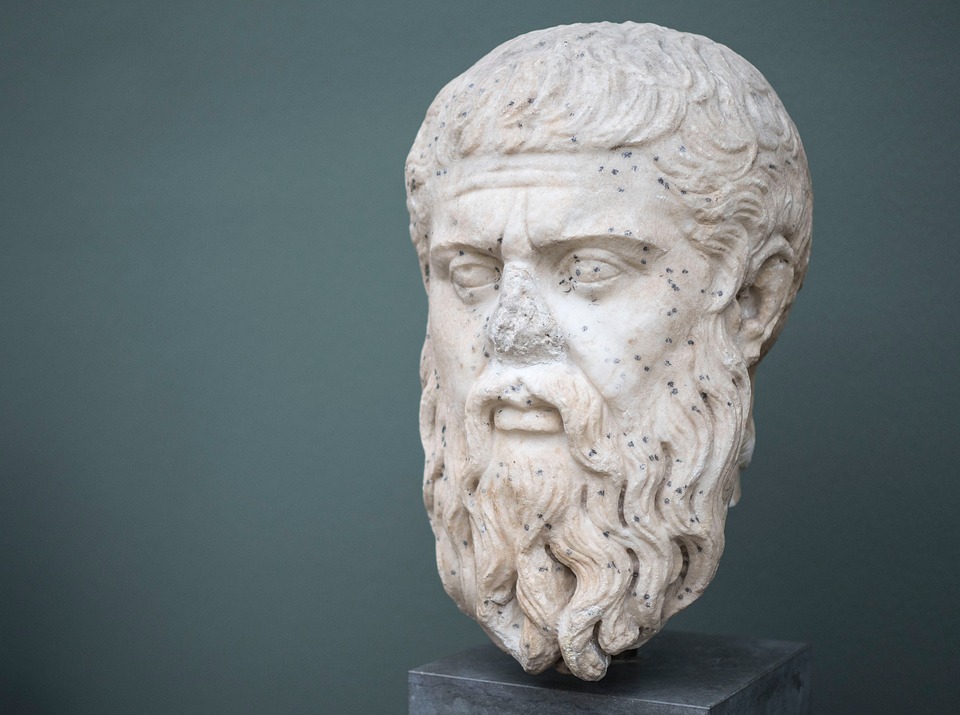 Plato was born in and grew up in the Greek city-state of Athens during the Classical Period of Ancient Greece.

There is not a lot known about the early life of Plato. Ancient scholars, however, agree that he came from a wealthy family. He also had two brothers and one sister.

He would have been taught subjects such as music, gymnastics, math, grammar, and, most importantly, philosophy.

Plato lived through the Peloponnesian War. This war was between Athens and the city-state of Sparta.

Since he was a young man during this time, Plato most likely served in the army and fought in several battles.

These experiences would help him to form his views on life and his personal philosophical ideas. Since Athens lost this war, it also would have changed his daily life as well. During this time, he became a student and follower of a very famous philosopher named Socrates.

Socrates liked to have conversations with his students about a variety of subjects. He especially likes to focus on politics and life.

Together with his students, Socrates would break down the problem and come up with different theories on the subject.

Plato took many of these teachings to heart. He would later adopt these same learning and teaching styles into his own writings and classes.

Plato continued to be a student of Socrates until 399 BC. At this time, Socrates was executed by the leaders of Athens for corrupting the youth and not worshiping the gods of Athens.

Since his teacher was gone, Plato decided to leave Athens. He traveled around the Mediterranean for the next twelve years.

During this time, he continued his studies of science, math, and philosophy. His travels took him to Italy, Egypt, and North Africa. During his journeys around the Mediterranean, Plato began to write down his different ideas. He wrote in a new and interesting style.

He named this style “dialogue.” In this style of writing, Plato would write about several different characters having a conversation where they would ask and answer a variety of questions.

By writing in this way, Plato was able to see more than one side to every argument. He also used it to introduce new and novel ideas.

Most of these dialogues featured Socrates as the main character. Most of what is now known about Socrates and his philosophies are from Plato’s writings.

The most famous of all of Plato’s writings is The Republic. In this book, several characters discuss the meaning of justice and how it relates to happiness.

Socrates is once again the main character. He talks about the different effects someone being just or unjust will have on their life.

When Plato was in his forties, he came back to Athens. While there, he founded a school that he called the Academy. At this school, Plato and other scholars taught subjects.

These classes were taught in the Socratic model, where a problem would be presented and debated.

Plato died when he was 80 years old in 347 BC. He was in Athens at the time. He most likely passed away in his sleep.