Stephen Hawking was a scientist, professor, and author best known for his groundbreaking work on black holes and relativity.

Some of his books are among the most popular and well-known science books ever published. Let’s learn some cool facts about him and be sure to try our fun quiz at the end! 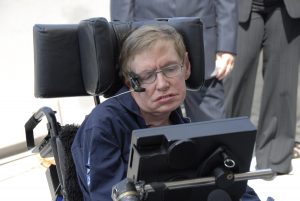 Stephen Hawking was born in Oxford, England on January 8, 1942. His parents were Isobel and Frank, both graduates of Oxford University.

Frank was a medical researcher and Isobel was a secretary at a research institute. Stephen had two younger sisters and an adopted brother.

The family was considered both intelligent and eccentric. Meals were often spent in silence as family members read books.

When Stephen was eight, the family moved to St. Albans. His father had gotten an important job at the National Institute for Medical Research. 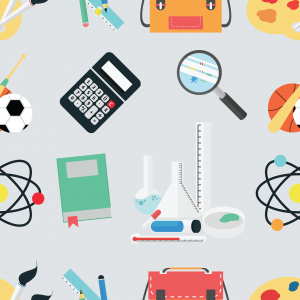 At school, Stephen’s nickname was “Einstein,” and he showed great talent in science and mathematics. After graduation, he enrolled at University College, Oxford.

Stephen’s father wanted him to study medicine, but Stephen wanted to study mathematics.

There was no mathematics degree at University College, so he decided to study physics and chemistry instead. 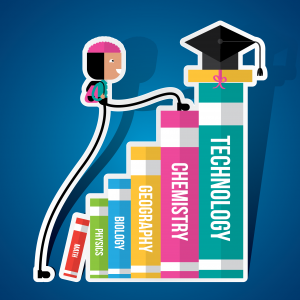 He earned a PhD in applied mathematics and theoretical physics, with a concentration in cosmology and general relativity.

While at Cambridge, Stephen was diagnosed with a form of amyotrophic lateral sclerosis (ALS), or Lou Gehrig’s disease. At first, doctors gave him just two and a half years to live.

Soon, Stephen needed a wheelchair, and his speech became hard to understand. However, the disease progressed much more slowly than doctors had expected. 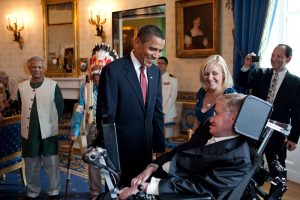 Stephen was helped by a California computer programmer who had invented a speaking program that could be directed by head or eye movement.

Because he wasn’t sure how much time he had left, Stephen became even more involved with his work. He wrote many important scientific books.

After earning his PhD, Stephen became a research fellow at Gonville and Caius College. 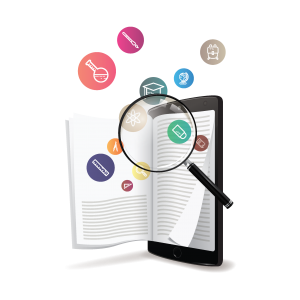 He later worked at the Institute of Astronomy before returning to the University of Cambridge as a research assistant.

He eventually became a professor of Gravitational Physics at Cambridge. Later, he was given the prestigious title Lucasian Professor of Mathematics.

Beginning in 2009, Stephen was the Dennis Stanton Avery and Sally Tsui Wong-Avery Director of Research at Cambridge. 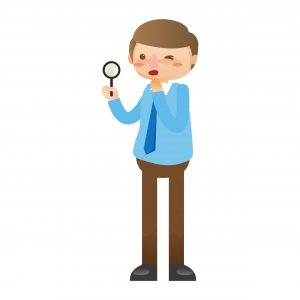 Stephen Hawking studied the basic laws that control the universe. He became his generation’s leader in the study of gravity and black holes.

He discovered that black holes leak radiation and particles and eventually explode. This discovery was a step toward connecting cosmology and quantum physics, two major theories of the universe.

In 1988, Stephen wrote A Brief History of Time, which made him famous. The book offered an overview of space and time that the average person could understand.

It was translated into over 40 languages. 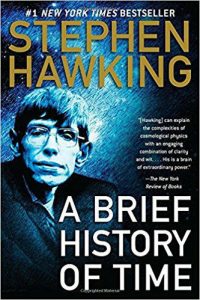 He followed this book with works that were even easier to understand: The Universe in a Nutshell and A Briefer History of Time.

Stephen wanted to explain how the universe began. He was also convinced that time travel is a possibility and that humans may colonize other planets in the future.

In his lifetime, he published 15 books and received 13 honorary degrees. 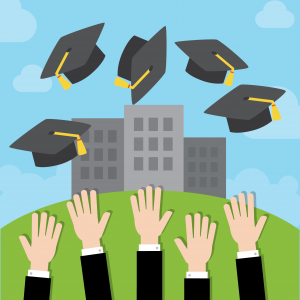 On July 14, 1965, Stephen married Jane Wilde, who he had met at Cambridge. They had three children: Robert, Lucy, and Timothy.

The couple divorced in 1995. Stephen fell in love with and married one of his nurses, Elaine Mason. Elaine and Stephen divorced in 2006.

In his later years, Stephen remained close to his first wife Jane, their three children, and their three grandchildren.

Stephen was also known in his personal life for taking risks. He celebrated his 60th birthday by going up in a hot-air balloon.

At 65, he participated in a zero-gravity flight on a Boeing 727. 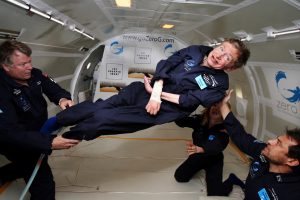 He hoped to travel to space.

When asked why he took these risks, Stephen responded, “I want to show that people need not be limited by physical handicaps as long as they are not disabled in spirit.”

“However difficult life may seem, there is always something that you can do and succeed at. It matters that you don’t just give up.”

“I believe there are no questions that science can’t answer about a physical universe.”

“The past, like the future, is indefinite and exists only as a spectrum of possibilities.”

“Intelligence is the ability to adapt to change.”

“Look up at the stars and not down at your feet. Try to make sense of what you see, and wonder about what makes the universe exist. Be curious.” 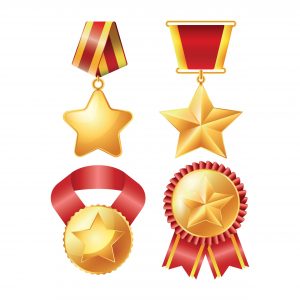 Along with scientific geniuses like Isaac Newton and Charles Darwin, Stephen Hawking’s ashes were buried in Westminster Abbey.

Stephen’s discoveries have inspired many modern scientific researchers and led to new understandings about the universe.

His life has also been an inspiration to millions.

As Cambridge University researcher Martin Rees said, “What a triumph his life has been.”