Clothing has always been important in Chinese culture. The type of clothing you wore reflected how much money you had, what job you did and what status you had. It also gave people a clue about your family background. Clothing also changed with different rulers.

The colors used in clothing could also represent different things (like fire or water). Historians can use clothing to learn about Ancient Chinese life because clothing held lots of meanings about society and how people saw themselves and others (their identity). 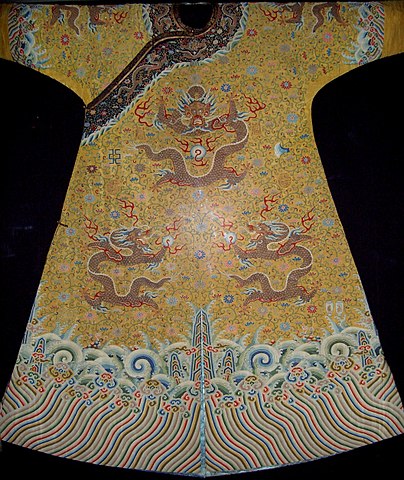 Pictures and paintings showing Ancient Chinese clothing and items of clothing that have survived give historians clues about the past. Sculptures also provide evidence about the past and how people viewed society and each other according to what they wore.

The Terracotta Army, for example, are sculptures of soldiers which show what soldiers in the army wore depending on their role. They are an example of how clothing can help us find clues about the society and culture of Ancient China. 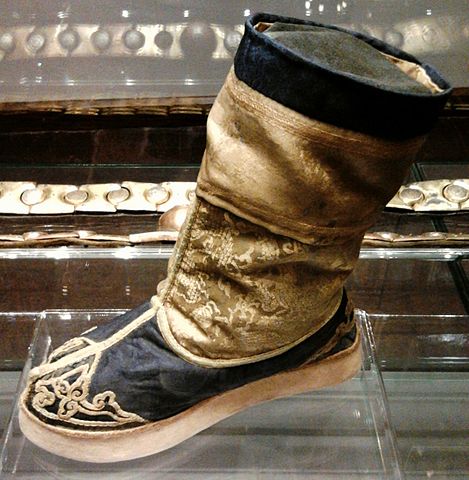 Just like in Ancient Rome, people wore very different clothes depending on whether they were rich or poor. Clothes told people about your status (your position in society). The biggest difference between rich and poor people in China was that only rich people were allowed to wear silk.

Poor people had to wear clothes made from hemp or ramie (ramie is a type of fabric made from a vegetable fibre). Around 1200 AD, cotton was introduced by the Mongols.

Shoes also showed what status you were. Peasants wore sandals and rich men and women wore cloth or silk slippers.

The emperor had even more privileges than ordinary rich people. They had the finest clothes of all and only he was allowed to wear yellow. Rules about clothing were quite strict during the Sui Dynasty. The poor were only allowed to wear blue or black. After this time, peasants could mostly wear whatever colours they liked.

Ancient Chinese colours and their meaning

As is the case for many cultures, different colours of clothing were worn for different occasions, or reflected different emotions (a bit like wearing black at a funeral in modern-day Western culture). In Ancient China, white was worn during times of grieving and death and red was seen as lucky and happy. Red was the colour worn by a bride at a wedding. 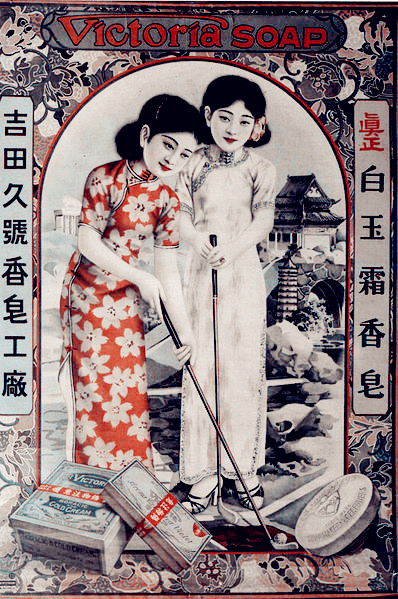 There were lots of types of Ancient Chinese clothing and they went in and out of fashion, just like clothes do today. In Ancient China, people wore different types of tunics. Some tunics were layered over each other. Women might wear long tunics, and men would sometimes wear trousers underneath.

The pIen-fu was two pieces of clothing, a tunic to the knee and a skirt (or trousers) that went down to the ankle underneath. The ch’ang p’ao was an all-in-one dress that reached the ankles. The shenyi was made up of trousers and a skirt sewn into one piece.

Hairstyles went in and out of fashion too. During the Tang Dynasty men wore their hair in a bun (top knot) on top of their head. They shaved around the side.

Clothing changed over time. Each dynasty had its own trademark clothing. During the Shang Dynasty (675-1046 BC), men wore a jacket with cuffs that went down to their knees and a narrow skirt underneath.

In the Zhou Dynasty (1046-221 BC), people’s taste in clothes became very refined. People were very concerned with fashion statements. During this Dynasty, the jacket on top was much shorter and there was a long skirt underneath.

Clothing during the Han Dynasty was very elegant.

During the Tang Dynasty (618-807 AD), styles were becoming very elaborate. Hairstyles and hats also came in many different varieties. There were over ten ways of tying your hair up in a bun or other styles.

It was during the Tang Dynasty that the famous big sleeved shirt (Da Xiu Shan) became popular. These big sleeves were very handy. People used to carry things around in them!

Putting out a fire with Ancient Chinese clothing!

The Qin Dynasty (221-206 BC) followed the Zhou Dynasty. The Qin wanted to put out the Zhou “fire”. This wasn’t a real fire but one that was symbolised by the red clothing the Zhou emperors wore.

The colour black symbolised water. The Qin emperors wore black to put out the red fire of the Zhou. For the Qin, it was a way of using clothing to show that the Zhou Dynasty was over and the Qin Dynasty (1046-256 BC) had begun.