In ancient Roman civilization, the family structure and the care of the children was considered to be very important. The leader of each family was the father, and he held all of the legal power for the family. However, the mother usually also had a say in family decisions and activities. 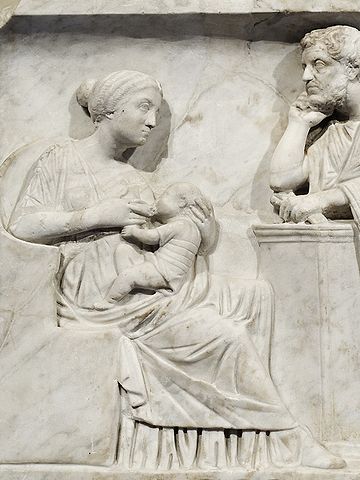 Children in ancient Rome began their schooling (whether they attended formal schools or private tutoring at home) at the age of 7. Children of wealthy families would be taught by expensive private tutors in the comforts of their own homes.

Children of less wealthy families would attend school with other children in a classroom with teachers. Children of poor families would likely not be able to afford formal education at all, but their parents would typically teach them to read and write at home. 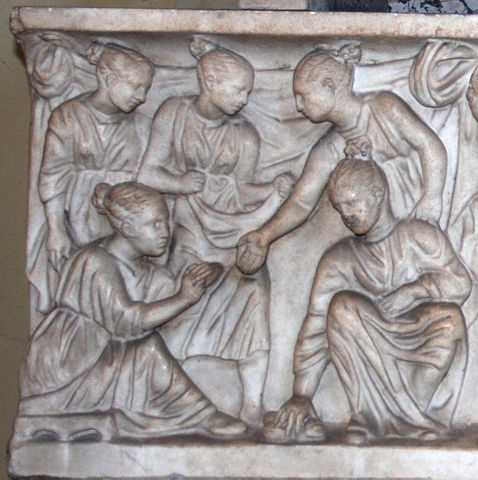 Schooling was primarily just for boys, especially public schools where children went to a classroom to learn from a teacher, but some girls from wealthy families were given private tutoring at home as well, though usually on subjects like cooking and music.

Much of the laws of the ancient Roman society were written specifically about taking care of families and the protection of the family structure that they approved of. The family that a child was born into became an important part of their identity and social class.

In ancient Rome, fathers made the primary decisions, and they would choose who their children would marry and what punishments were deserved for any wrongdoings.

Children in ancient Rome were very well loved and taken care of. This was especially true for boys, because they were responsible for continuing on their family names. 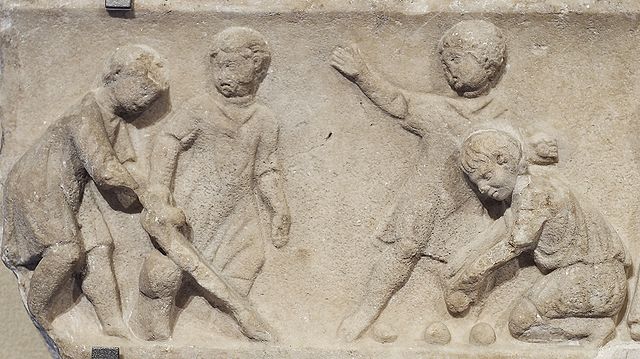 However, there was an interesting practice of placing a newborn infant on the ground immediately after birth, so that the father of the family would decide whether to accept the baby into the family.

If the father did accept the baby, he would pick it up. If he did not, he would not pick it up, and the baby would be removed from the family. Sometimes these abandoned infants would be taken in by others and/or raised as slaves.

Poor families in ancient Rome were also known to sell their children as slaves if they couldn’t afford to take care of them or to pay off their debts. In some cases, the families were so poor that this might even have meant a better life for the child, with regular meals.

Once a person is accepted into an ancient Roman family, decided by the father, then they were not allowed to leave the family without the father’s permission. This could include all members of a family’s household, not just the father’s wife and children.

For instance, many household members, such as slaves, tutors, and caretakers, would become considered to be part of the family.