The “greenhouse effect” is when the earth’s atmosphere traps heat that is manufactured by humans. Some gases emitted by human activity prevent the heat from escaping into space. This is what scientists around the world attribute to the condition of global warming. 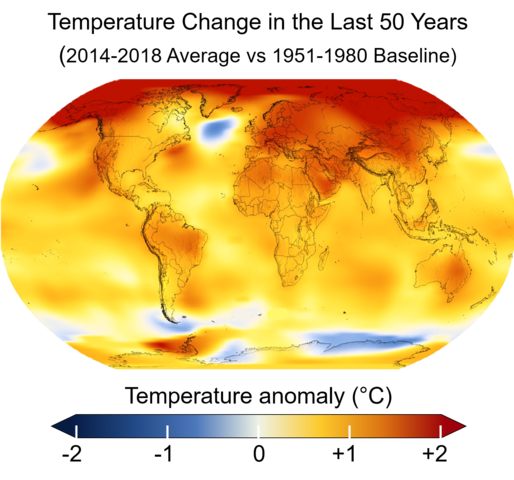 Carbon dioxide – CO2 is a product naturally produced by human and animal respiration and used by vegetation. It is an important part of the earth’s atmosphere. However, human activities, such as deforestation and burning coal, gas, and oil, have increased the levels of CO2 and this is forcing climate change.

Methane is produced when waste materials decompose. This includes farming methods of stockpiling manure to decompose, decomposing material in landfills, and manure used for fertilizer especially in rice-producing countries.

Nitrous oxide is released into the atmosphere by the use of commercial and organic fertilizers in farming, the burning of fossil fuels, and smoke from fires such as burning stubble, forest fires, and burning after land clearing. The earth is becoming warmer. Glaziers and ice packs are shrinking year by year. The world’s oceans have become warmer and as the water expands and as ice melts, sea levels will rise. Some areas of the globe will become wetter and some areas with become dryer.

Higher temperatures are changing climate patterns and causing the areas of natural vegetation to shift. Some places where certain crops have thrived will not be arable for those crops causing populations, both human and animal, to be forced to move when the land can no longer sustain life.

What can we do?

We have to find ways to cut down or eliminate the burning of fossil fuels by carpooling, using public transit, combining trips to the market into one trip, and choose to bike or walk. Solar, wind, and geothermal energy are solutions; these are renewable energy sources. We need to reduce the amount of energy and water we consume by using more efficient and cheaper sources like LED lighting, drying clothes on air instead of heat, using dishwashers only when they are full, and turning off devises when not in use. We can reduce the number of times we water lawns and water at night rather than in the heat of the day.

We need to stop or curb deforestation and encourage better uses of natural resources. We need to make farming greener and eliminate the use of some fertilizers, herbicides, and pesticides.

We need to learn how to consume products more responsibly and look for clothing, cosmetics, and cleaning products that do not have harmful chemicals. We have to stop using plastic bags and single-use plastics, and we need to recycle and be responsible for our waste.