Black widow spiders are members of the arachnid family. They are one of the most venomous spiders in North America. The bite of the male black widow spider doesn’t have the power that the bit from the female.

The female’s bite has neurotoxin that is three times as potent as the bite of a male, but only the bite of the female is a threat to humans. The bite can make a human very ill, especially a very young, a very old, or a very ill person.

However, there is antivenom available to lessen the symptoms of the bite and death rarely occurs. 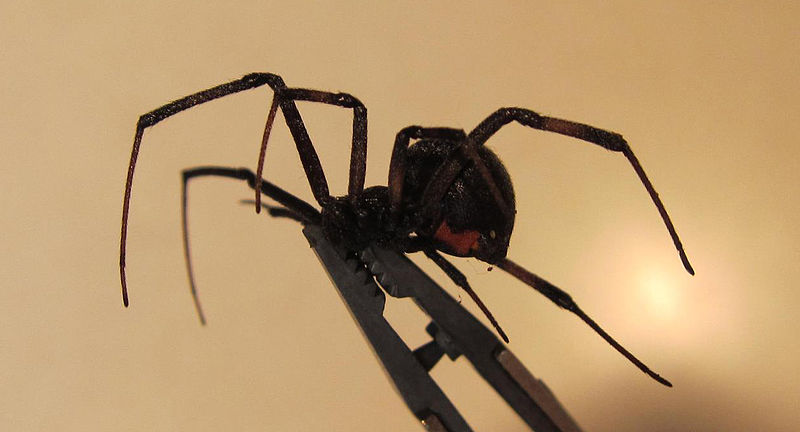 Male and female black widow spiders look different. The female of the species has a shiny black body with a distinct red or orangey-yellow mark on the underside of the abdomen that looks like an hourglass.

However, not all black widows have this mark. Depending on the species, the female may have red markings on the top of the body as well. The male is lighter in color and may have a red or pink spot on its back. The females can be 1 ½ inches long and the males are about half that size.

Black widow spiders are found in temperate regions of the world, not in deserts, rain forests, or extremely cold areas. They hide in dark, dry places, such as hidden areas in barns, basements, hollow stumps, mouse and rat holes, the underside of rocks, and under dry bushes where the light doesn’t penetrate.

There are five different species of black widow spiders in North America as well as red widow and brown widows.

The female black widow spider hangs upside down from the web she has spun and waits for prey to accidentally get trapped. The web is not a pretty arrangement; it is a jumble of threads with no apparent pattern.

While she is hanging, the bright mark on her underside is visible and is a warning to predators (birds, snakes, other arachnids, and the Praying Mantis) that she is poisonous. 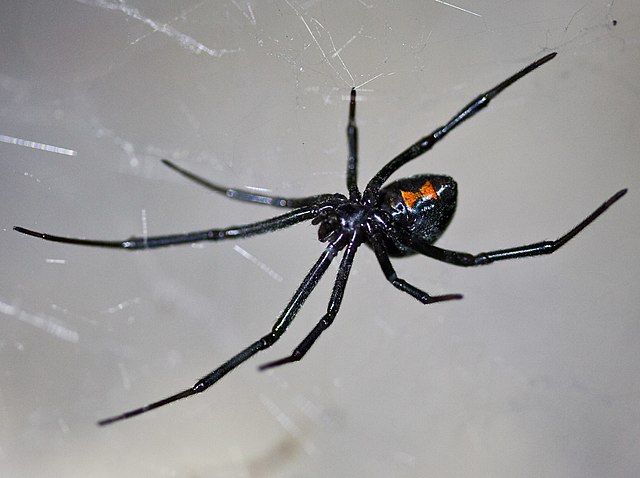 When bugs, such as flies, mosquitoes, moths, grasshoppers, caterpillars and other arachnids become caught in her web, she will wrap it in silk to make sure it cannot move. She has special hairs on her rear legs that act as combs to spread the silk over the victim. She will then puncture the prey with her fangs and inject it with a substance to liquefy the body so she can consume it.

The female black widow spider consumes its mate after mating. Some scientists believe that the female actually mistakes her mate for another insect and devours it, but not on purpose. After mating, the female will make paper-like sacs and lay up to 400 eggs in each one.

In about a month, the eggs will hatch but very few will survive the 3-month period to reach adulthood because the young hatchlings are cannibalistic and eat each other. 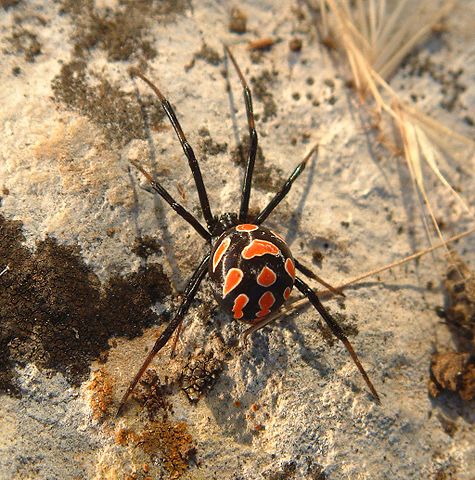