Glaciers are huge collections of ice, snow, rock, sediment, and water. They may be slow moving, but they have a giant effect on Earth.

There are two types of glaciers: alpine glaciers and ice sheets.

Alpine glaciers are only found on mountains. They can be found on every continent other than Australia, though there are glaciers on New Zealand.

Ice sheets do not need to be found on mountains. They are centered on a dome of ice and spread out in all directions. The largest ice sheets are called continental glaciers and they can currently be found on Antarctica and Greenland. 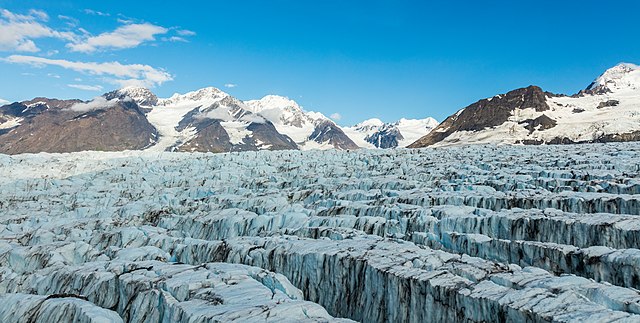 Glaciers begin with snowfall that compresses on itself. As it compresses it becomes denser and is called firn (also called Névé). When the firn reaches about 160 feet in depth, it will begin to move due to its immense weight.

Alpine glaciers are pulled by gravity down mountains. They create valleys in mountains or deepen existing valleys.

Ice sheets spread out from their center. They cover everything underneath them.

Different parts of a glacier move at different speeds. This difference in speed creates large cracks on the top of the glacier called crevasses. 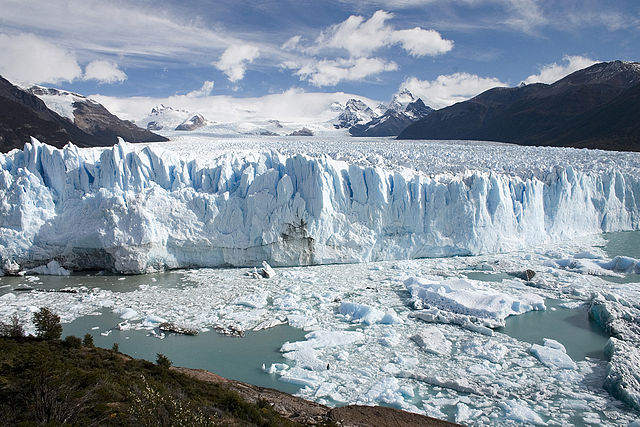 Most glaciers move very slowly — only a few centimeters a day. As glaciers are a mixture of ice and rock, it is not surprising that they will destroy whatever is in their path.

Glaciers are responsible for creating lakes, valleys, and mountains. Most mountain lakes are located where glaciers originally formed.

The large gashes left in the earth by glaciers are called striations.

Glaciers carry rocks and sediments far from their original locations. This can leave fertile soil in the glacier’s path. The Great Plains in the United States were created by ice sheet glaciers.

Glaciers are the source of many freshwater rivers. The Ganges river is runoff from a glacier in the Himalayan Mountains. 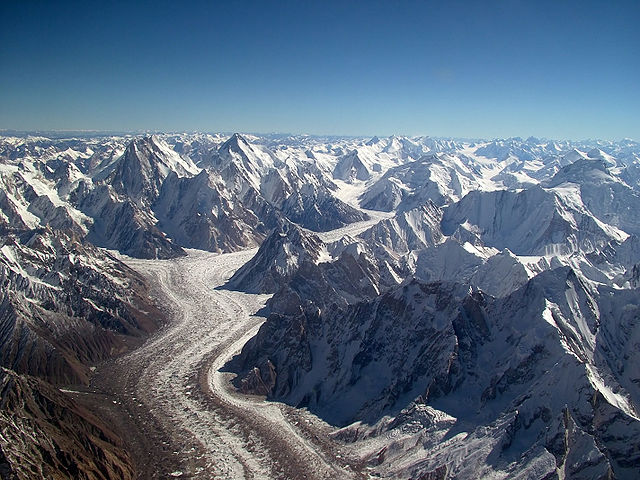 Glaciers help to indicate changes occurring in our climate.

The average temperature of Earth has been increasing over the last century. This rising temperature limits the natural formation of glaciers.

Sea levels are rising due to the melting of ice sheets in Antarctica and Greenland. As the glaciers are made of freshwater, this can have an impact on the saltwater ecosystem.