The ancient Romans considered education to be a very important aspect of their society. Particularly for wealthy families, they valued education and paid well for schooling and sometimes even private tutoring for their children.

Poor families in ancient Rome were unfortunately not always able to pay for the schooling that they wanted to give their children, but it was still common to teach children to read and write at home, which was impressive, as literacy was not as common in other parts of the world.

Despite the emphasis on education, only boys were allowed to attend formal education settings, what we would call schools today. These settings were also not very formal. Usually they were just a curtained-off section in the corner of a shop, instead of a designated room or building.

Another thing that ancient Roman schools did that is drastically different today is physical punishment. It was believed that fear would help the boys learn, and if they got something incorrect or behaved badly then they would be beaten by the schoolteachers with whips or canes.

The school day was also quite a bit longer at the time, with the boys needing to be up for school by sunrise and then working until they needed to go home by sunset. Lessons were also taught just with oral lectures, as printing books was much too expensive at the time. 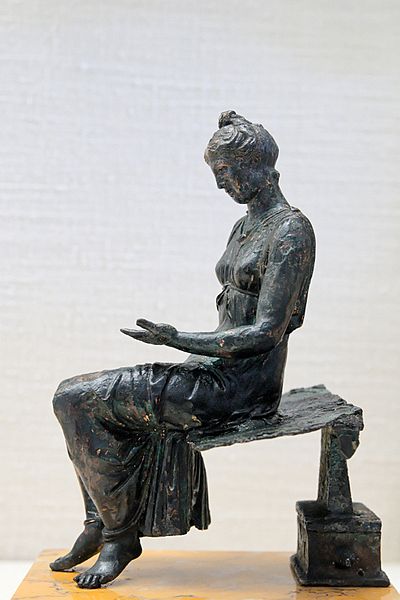 Around the world today it is quite common to separate children into different schools according to age. Ancient Romans also did this, by organizing a school for children aged 12 and under, and then an advanced school after that age.

At the school for 12 years and younger children, they learned things like reading, writing, basic math (using an abacus, or a very old-fashioned calculator), and the philosophies of ancient Romans such as Cicero.

It was very uncommon for girls to be able to attend these formal schools at all, and if they did, they did not go on to attend the advanced school for students over 12 years old. This is because girls in ancient Rome were allowed to get married at age 12.

Girls from very rich families would likely still be educated, but it was more common for the family to hire a private tutor to come teach them at home. Additionally, they would spend less time learning general education, and more time on cooking, sewing, and music. 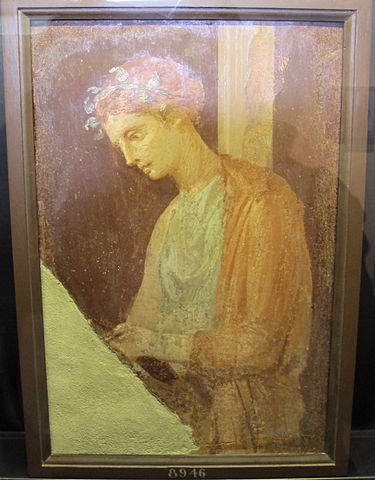 Boys, however, regularly attended these schools when their families could afford it, and they would often continue on to the advanced school after age 12, as they were not allowed to get married until age 14.

Formal school settings held classes every day of the week—there was no such thing as a weekend break.

However, there were many other opportunities for breaks from school, including religious holidays, market days, and summertime (so that children could help work at home, especially for farming families).

School supplies did not include books or paper, as those things would have been very expensive at the time. Children learned to write on tablets made of wax and eventually papyrus reeds when they got good enough.

They used quill pens and ink made of gum and soot, or sometimes octopus ink!