Movement of tectonic plates happens very slowly over long periods of time, and we generally don’t feel it. However, at the edges of the tectonic plates, where one ends and meets with the beginning of another one, the plates can get stuck against each other and cause pressure.

This pressure of two tectonic plates trying to move against each other can cause a very sudden slip of movement, which is what an earthquake is. Therefore, earthquakes only really happen along the edges of tectonic plates, what are called fault lines.

However, because of the movements of the plates, new fault lines can form or old ones can move over long periods of time.

The shock waves that happen due to the pressure buildup and sudden plate slip are what causes the earthquake effects. These shock waves are referred to as seismic (pronounced size-mick) waves.

Seismic waves have the most power at the very center of the earthquake, but they can travel through the Earth and back up to the surface. They also move very quickly, reaching speeds of 1 to 8 kilometers per second, faster than the speed of sound. 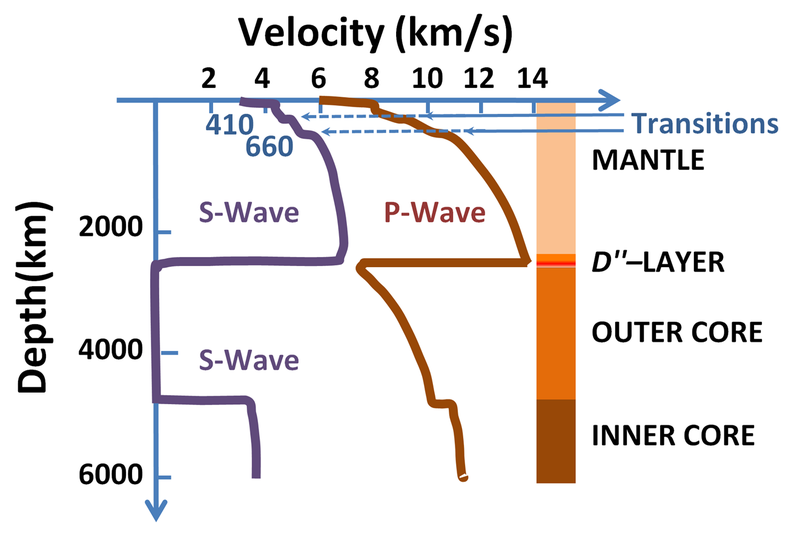 The Moment Magnitude Scale (formerly known as the Richter Scale) assigns numbers to seismic waves of earthquakes, and the larger the number, the stronger the earthquake.

Scores of 3 and below on the Moment Magnitude Scale are not detectable to humans, but a score between 7 and 9 could damage buildings, bridges, cities, and leave visible evidence in the ground.

Earthquakes, unlike severe weather conditions, cannot be predicted in advance. The only way to prepare for earthquakes is to find out where the fault lines are and ensure that buildings, bridges, and other structures are built securely enough to withstand them as much as possible.

The strongest earthquake in recorded history occurred in the South American country of Chile in the year 1960. Seismographs recorded a 9.6 on the Richter Scale (still used at that time). Strong earthquakes can cause ripple effects in the ocean, sometimes creating extremely large tidal waves called tsunamis, which can also destroy the area of land that they encounter.

Tectonic plate movement is what has led to the development of huge mountain ranges such as the Himalayan Mountains and the Andes Mountains.

Earthquakes are not susceptible to weather patterns, and can happen at any time.