Marriage in ancient Rome was, for the most part, arrangements between families. Families wanted their children to marry within their class of status or marry into a higher class. Many adults were consulted when a marriage was to be arranged.

Aunts, uncles, grandparents, and religious and political leaders would all have their say. This decision was not taken lightly as the suitability of the bride and groom could improve the family’s wealth and station in the society. 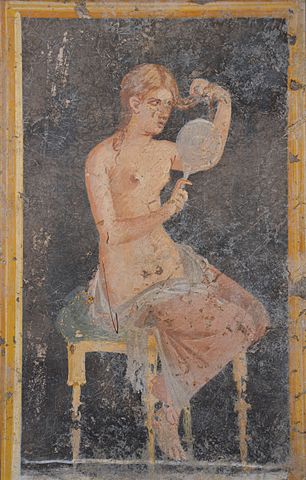 There were many laws passed to govern marriage. One law was that the two people to be wed could only marry if they were both Roman citizens. In early Roman history, freed slaves were forbidden to marry a Roman citizen. Later in 18 BC, Emperor Augustus Caesar passed a law called “lex Julia” that allowed a freeman to marry anyone except a senator.

Roman citizens were not allowed to marry prostitutes or actresses. As well, government officials in the Roman provinces were prohibited from marrying local women – they had to marry someone who was a citizen of the city of Rome.

If a woman was divorced by her husband, she could never remarry. Sometimes she was given her dowry back and returned to her father’s home. However, if she was being divorced because she was accused of adultery, her dowry would not be returned to her. A wife could only remarry if her husband died.

Among the ruling families in Ancient Rome, there were many instances recorded where a wife poisoned her husband or hired someone to kill him for her so she could either gain power or marry someone who had more power and wealth. Only men were allowed to divorce their wives and not the other way around. 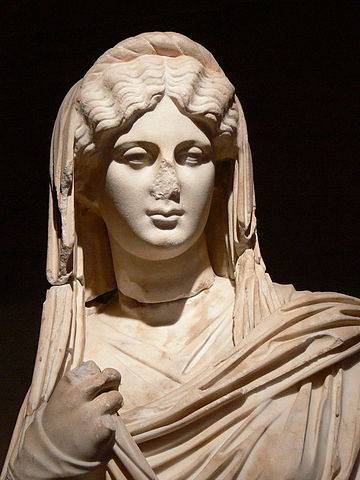 Once it had been decided that a marriage was to take place, there would be a betrothal ceremony between the two families to show an agreement had been reached, much like an engagement party. The families would exchange gifts and the woman’s dowry to be given to the prospective groom and his family.

To make the betrothal legal, a written agreement would be signed by both families. Everyone would exchange kisses to seal the deal.

The wedding itself was not a legal affair; it was just a show for everyone to see that the bride and groom had agreed to live together. June was a popular month for weddings as many flowers were available and the weather generally was warm and pleasant. Other months of the year were chosen as well, depending on the families’ choices.

The groom would be decked out in his finest clothes and he would lead a procession from his home to the home of the bride. There he would meet his bride and her bridesmaids. She would wear a white tunic with a belt around her waist tied in a special knot called the ‘Knot of Hercules’.

The bride would wear jewellery and have her hair elaborately arranged. She would wear an orange wedding veil, flowers in her hair and wear orange shoes. An elaborate feast for all the attendees after the marriage contract was signed. The evening ended when the groom carried his bride over the threshold of their new home. 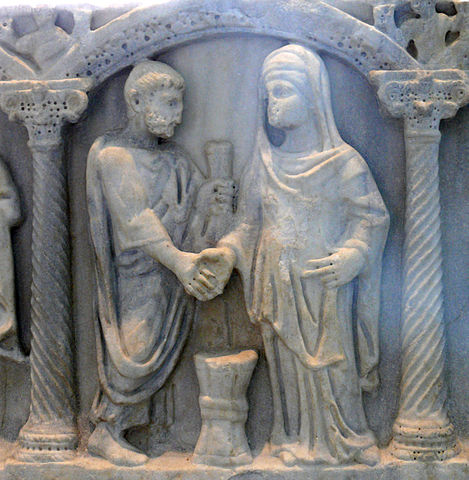