The Roman Empire was vast. It encompassed all of Italy; lands around the Mediterranean Sea including parts of North Africa and Egypt; east to what is today Romania, Bulgaria, Iran, the Ukraine; and west to Spain, France, and Britain.

Movement to and from each area was facilitated by Roman roads and shipping. As a result, the city of Rome had a very mixed population with various cultures, much like the world’s large cities of today.

Around the countryside and outside of the cities, people farmed on land rented from the government and they had a very simple and arduous life. If they lived in small towns, they had occupations that relied on physical labour.

Many migrated to the cities in the hopes of finding better paying jobs and a better way of life. A lot of them were disappointed and there were always hordes of the unemployed, the homeless, and beggars. 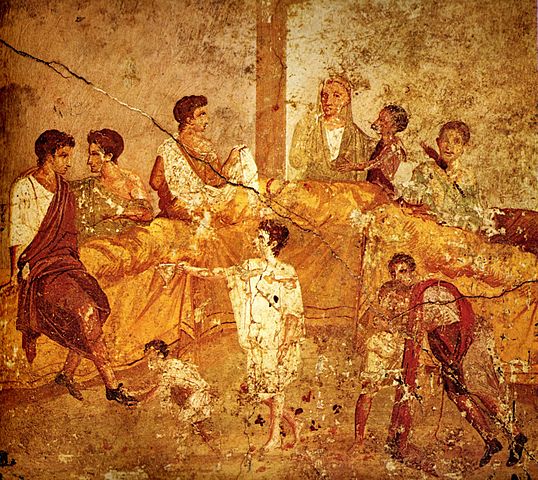 Slaves were captured by Roman soldiers after every battle on foreign soil. Some were sold to the highest bidders among the upper class, and some were claimed by the Roman government. Besides using slaves in construction and other menial tasks, slave women could sometimes find employment as dressmakers, hairdressers, nannies, and servants in upper class or noble homes.

Some freed slaves were employed as teachers, surgeons, medics, and architects. Many freedmen found employment as tradesmen, such as bakers, carpenters, fishmongers, metal workers, or stablemen. Those who were not lucky to be freedmen lived an extremely harsh life, many dying as a result of poor health, wicked treatment, and terrible punishments. 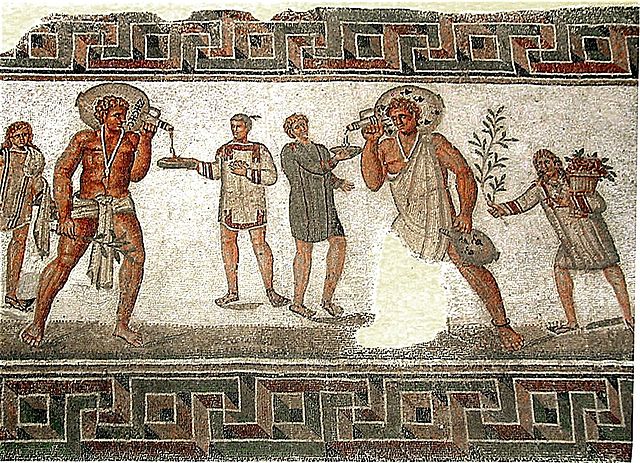 Housing for the Poor

Cities like Rome were often inundated with migrants looking for shelter and work. Cheap and dangerous buildings were erected to house the poor. In some areas, one could expect annual flooding from the Tiber River. The shelters for the poor were overcrowded and people were constantly afraid of the building collapsing or fire breaking out because people cooked their meagre meals over open fires.

The great fire during Emperor Nero’s reign destroyed a good portion of Rome. Afterwards, there was an effort to build apartment buildings of 5 or 7 stories with balconies for escape. The floor you ended up living on depended on a family’s income.

Families who were lucky enough to live on the first floor paid rent annually. The apartment had a dining area, kitchen, sleeping rooms, and windows with glass – all in all, quite a comfortable living arrangement.

However, those who sought shelter on the upper floors of apartment buildings had no such luxury. Sometimes more than one family shared one room. These rooms were often rented by the day. The poor carried water from public fountains. Garbage including human waste was just dumped into the streets. 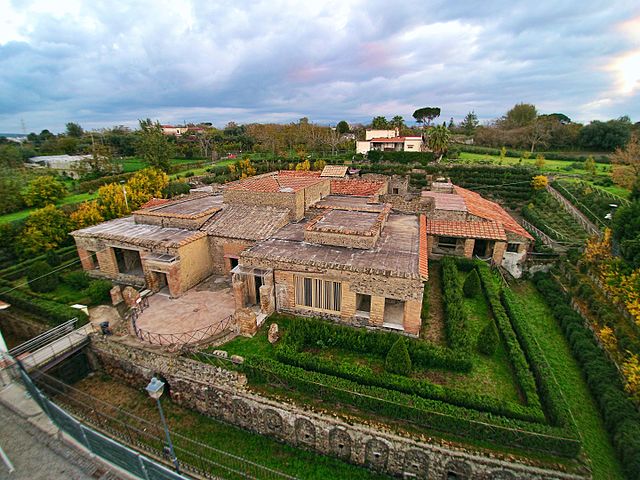 Housing for the Upper Classes

By as early as 312 BC, aqueducts had been constructed bringing water into the cities to serve as drinking water for the citizens, and to bring water to the public baths and toilets. By 33 BC, there were 170 public baths in Rome alone, and by 400 AD, Rome had 800.

The public baths were used by the upper class for social gatherings and to conduct business. The upper classes had extensive walled villas built with many rooms and gardens with cement pipes that brought water directly to their homes. A sewage system was also constructed that used gravity to get rid of waste, as most villas were built on hills.