His mother was Agrippa the Younger who was the last wife of Claudius and through her scheming, she managed to have Emperor Claudius disinherit all of his children and name her son, Lucius, as heir.

When he was adopted at the age of 13 by Emperor Claudius, Lucius changed his name to Nero.

Emperor Claudius died of mysterious causes when Nero was only 17. It has always been suggested that Nero’s mother, Agrippa, fed Claudius poisonous mushrooms which led to his death.

It was also rumoured that she killed her second husband the same way. 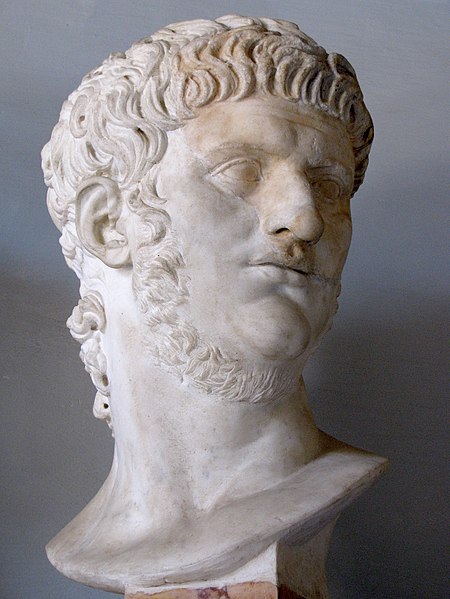 Nero, at 17, ascended the throne and became Emperor Nero. For the first 5 years of his reign, he was generous and shared power with the Senate.

He ended the practice of having ‘closed door’ trials. However, he began to leave all political decisions up to three advisers: Seneca, a philosopher, Burrus, a Chief Magistrate, and his mother, Agrippa.

Seneca thought Nero should not be influenced by his mother. As a result, Agrippa turned against her son and tried to promote her stepson, Brittanicus.

Suddenly, under very strange circumstances, Brittanicus died. Then Nero arranged for someone to be stabbed to death in her own home. A number of other executions took place over the next three years.

Life as an Artist

After Agrippa was killed, Nero began following a life of an artist – he began performing to audiences strumming a lyre, singing, and dancing.

He wanted all the people in the upper class to take dancing lessons. He entered games he created and competed as a charioteer.

On the morning of June 19, 64 AD, a fire started in the shops near the Circus Maximus, which was a huge hippodrome (arena) designed for chariot racing.

The fire spread and burned for 9 days. The fire destroyed many districts of Rome. Many thought Nero had started the fire to make way for expansions he had planned for his palace complex.

No one knows for sure if Nero started the fire or not, but many blamed him. Nero blamed the Christians and began a campaign of persecution against the Christian religion.

Nero then arranged horrible executions so that people would stop thinking about the fire and blaming him. He had some torn apart by dogs, or burned to death on pyres while he held extravagant parties at his complex.

In the final 5 years of his rule, he spent enormous amounts of money that left the coffers empty. There were revolts in various provinces throughout the Roman Empire were ignored by Nero.

With everything in such disarray in Rome, Nero toured Greece where he took part in musical and theatrical performances.

When he returned to Rome, he faced revolts in Gaul (now France), Africa, and Spain. He did nothing.

A governor in Spain named Galba declared himself as deputy general and he won the allegiance of the Senate and the Praetorian Guard (the troops that protected the emperor).

Soon, Nero was declared an enemy of the people.

Nero contemplated fleeing but he knew that he would be arrested and executed. Instead, he committed suicide.

Nero only ruled for 14 years. Much of this time was disastrous for the people of Rome and the Roman Empire. 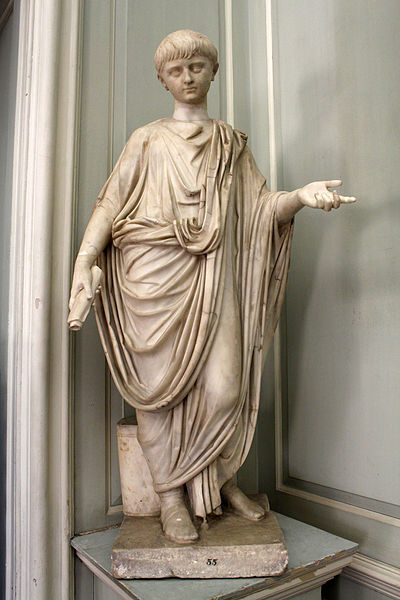