It is estimated that Constantine was born in the late 280s AD in the city of Naissus, in present day Serbia. He grew up as part of the military class. His father rose to the level of deputy emperor under Emperor Diocletian. He was later transferred to the east at Nicomedia which is modern Turkey. 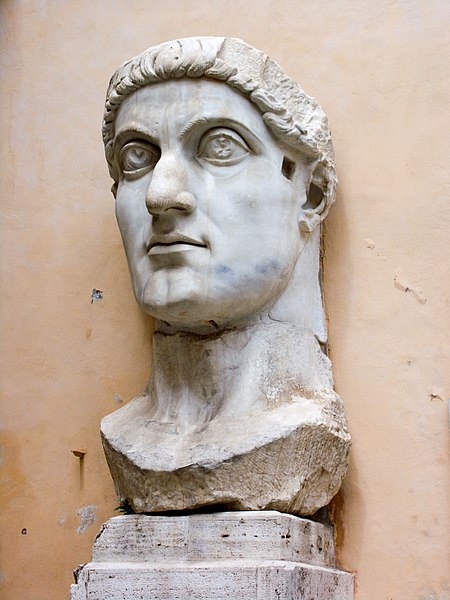 Constantine grew up as a member of the imperial court of Emperor Diocletian. Here Latin was the spoken language. He always felt more at ease speaking and writing in Latin, but he studied Greek philosophy, Greek mythology, and Greek theatre.

While serving and fighting for Rome in the Roman army, Constantine witnessed the murder of many Christians. This persecution bothered him all the years of his life.

Diocletian became ill and named a man called Galerius his heir even though Constantine’s father was next in line. Galerius considered both Constantine and his father as enemies and tried many times to kill Constantine.

As Constantine feared for his life, he left the court and joined his father in Roman Gaul, what is today France, Luxembourg, and Belgium. Constantine also spent a year fighting in Britain.

When Constantine’s father became ill, he was named Emperor of the western part of the Roman Empire and ruled over Britain, Gaul, and Spain. He ruled from the city of Trier in Gaul.

Constantine had a huge army and began conquering neighbouring kings and expanded the Roman Empire. He also halted any persecution of Christians in the territories he ruled. 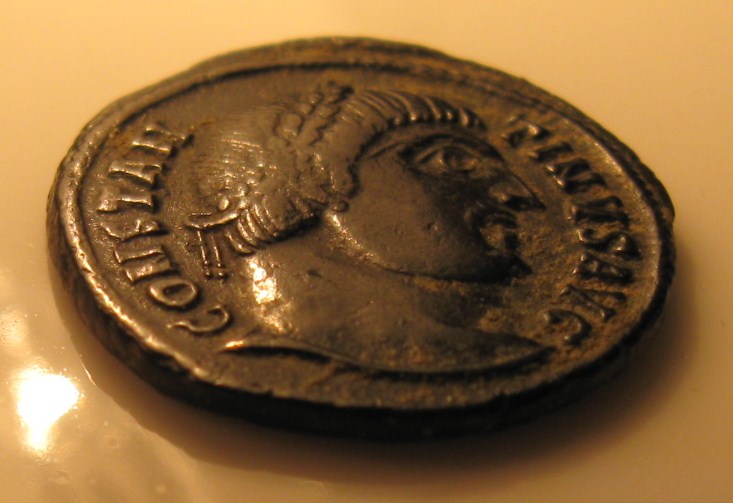 War Within the Roman Empire

Galerius was the reason Constantine fled to the west. When Galerius died, many men wanted to be emperor and civil war broke out.

The man who declared himself Emperor was a man called Maxentius and took over ruling Rome and Italy. Constantine decided to march his army against Maxentius.

In 312, Constantine’s army was close to Rome and he realised his army was half the size of his foe. One night Constantine had a dream that he would win the battle if he carried a Christian cross.

He had all his soldiers paint a cross on their shields. They won the battle and took control of Rome.

They also agreed that there would never be persecution of the Christians. Constantine was now a Christian.

Emperor of all Rome

Seven years after signing the Edict of Milan, Lucinius began persecuting Christians and Constantine decided to wage war against Lucinius.

Constantine was victorious and became Emperor of all of Rome in 324 AD.

In the city of Rome, Constantine built and rebuilt many buildings including a basilica in the forum and enlarged the Circus Maximus. He also had a giant arch built called the Arch of Constantine.

In 330 AD, Constantine created another capital of the Roman Empire and built it on the ancient city of Byzantium in today’s Turkey.

He called his city Constantinople, (which is now called Istanbul). It became the capital of the Eastern Roman Empire.

Constantine proved to be an able ruler and military leader. He ruled the Roman Empire until his death in 337 AD. He lived and died as a Christian.

His body was interred in the Church of the Holy Apostles in Constantinople (now Istanbul).