Ancient Greece is an extremely important time period in the history of the world. The government, philosophies, mathematics, literature, art, science, and even sports we have today were all influenced by the Ancient Greeks.

Because it existed thousands of years ago, the history of Ancient Greece can be complicated. But historians usually divide Ancient Greek history into separate time periods.

Some historians define the time periods differently than others. In general, the timeline looks like this:

When we think of Ancient Greece, we usually think of the Archaic, Classical, and Hellenistic Periods. However, to understand this powerful civilization, it’s helpful to learn about the other periods too.

Let’s look at some of the major events of each period in Ancient Greek history. 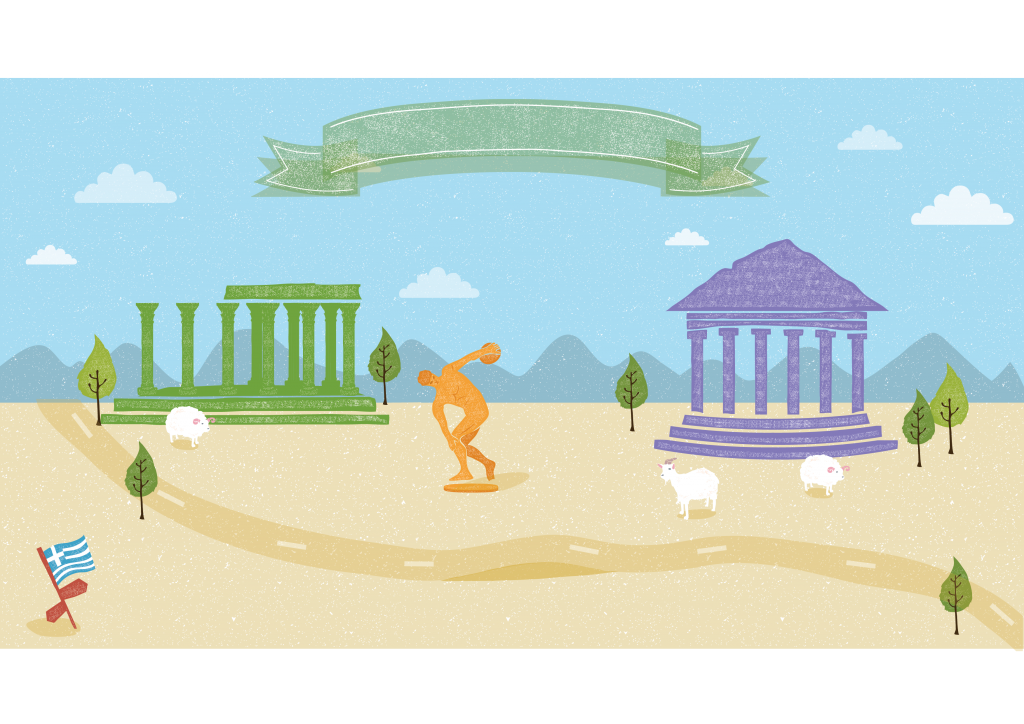 Ancient Greek civilization began in the Neolithic Period when people traveled to the region for the first time. Travelers came from the East and lived in the eastern part of the region.

As more people came to the area, they spread out throughout Greece. They introduced pottery to Greece, started raising animals like sheep and goats, and grew crops.

These early Greeks started settlements around open landscapes with plenty of water. They lived in one-room houses made of materials like clay, sticks, and mud, sometimes with a stone foundation.

This period is called The Bronze Age because bronze and other metals, like gold and silver, were introduced to the Greek people.

They soon began melting these metals and using them to make weapons, jewelry, decorations, tools, and mores.

Now that the Greeks had discovered metals, they also had a class system. People who could afford these expensive metals were richer and considered more powerful and important than those who could not.

Early Bronze Age settlements have been found on low plains or hills, close to water. Houses were made of stone foundations and mud walls. They had kilns for cooking.

People continued to raise sheep and goats. They introduced olives and wine and grew crops like barley. As people needed more metals and goods, they began bartering or trading with other settlements.

This civilization occurred during the Bronze Age, mostly on the Greek island of Crete. It is named after King Minos. The Minoans were a peaceful society known for their art, especially pottery and sculpture.

Many Minoan palaces are still standing today, including the famous Palace of the Knossos. Historians believe that Minoan civilization ended when they were attacked by the Myceneans. 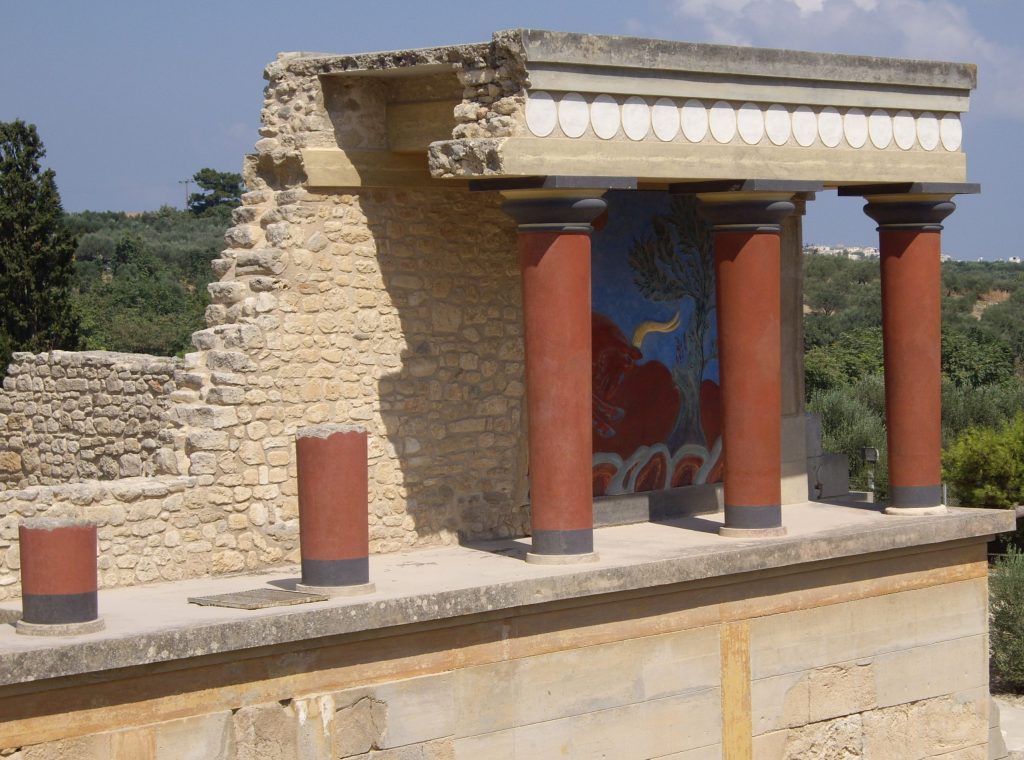 The Mycenean Age was also part of the Bronze Age in Ancient Greece. The Myceneans were successful engineers, builders, and artists who helped advance Ancient Greek civilization.

In addition, the Myceneans produced goods like olive oil, cereals, wine, herbs, spices, and honey. They raised sheep and goats for their wool and milk.

Mycenean culture was based around major cities like Athens, Thebes, Pylos, and Mycenae.

Historians are not sure how Mycenean civilization ended. It was either an attack from outsiders or civil conflict between the rich and poor.

The Dark Ages was a period of war, invasions, and economic problems for Greek society. It took a long time for the Greeks to recover from this period.

The Archaic Period was a time of major advancement in art, especially pottery and sculpture. It was also the beginnings of democracy and true Greek culture.

The knowledge and use of written language was lost during the Dark Ages, but it returned during the Archaic Period.

This period also included the first Olympic Games, Homer’s writing of the famous epic poems The Odyssey and The Iliad, and the introduction of the Greek coin.

The Classical Period was perhaps the most thriving time of Ancient Greek civilization.

Theater became a very popular form of Greek entertainment, the building of the Parthenon was completed, and the philosopher Plato started the Academy, the first institution of higher learning in the west.

The famous philosophes Aristotle and Socrates also lived and taught during the Classical Period. The Athenian statesman Pericles established a full democratic system of government in Athens.

During this time, the Greeks fought often with the kingdom of Persia to the east. When the famous Alexander the Great became king, he conquered Persia. He also conquered Egypt and greatly expanded his empire.

Greek culture continued to develop during this period, and learning and knowledge were extremely important to the Ancient Greeks.

Euclid, one of the world’s most famous mathematicians, wrote Elements, which shaped modern mathematics and continues to influence math today.

During the Hellenistic Period, Alexander the Great died of mysterious causes. Greek civilization started to decline, and the Romans started to rise to power. In 146 BC, the Romans conquered Ancient Greece.

Greek culture did not die with the Ancient Greek civilization, however. The Romans continued many Ancient Greek practices, including their architecture, language, gods, and dining habits.

And whether you know it or not, Greek culture continues to affect your life today.

Have you ever watched the Olympics? Played with a yo-yo? Have you or your parents ever voted? Do you use the alphabet? For all of this and much more, we have to thank the Ancient Greeks!