In most ancient civilizations, women had very few rights. They often had no education, no jobs, no right to own property or conduct business, and no freedom to go anywhere without permission from a man.

Ancient Egyptian women enjoyed much more freedom and had rights that can be considered quite modern. Let’s learn about life for women in Ancient Egypt.

What rights did Ancient Egyptian women have? 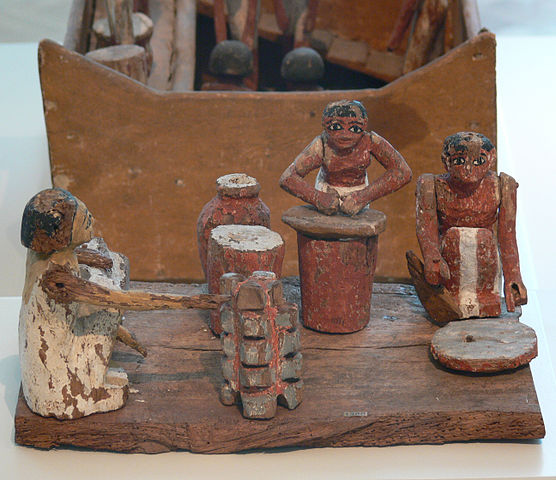 Women in Ancient Egypt had more rights than most other women at the time. They could own property, seek divorces, conduct business deals, and live alone without a male guardian.

Women could initiate court proceedings and could adopt children in their own name. They could travel when and where they chose without needing permission or a guardian.

They signed prenuptial agreements indicating that the husband was to pay the wife a set allowance and that anything the wife brought to the marriage belonged to her, even if the marriage ended.

If a husband and wife divorced, the wife kept the children. She had the freedom to remarry if she wanted.

Although women had nearly equal rights, they were expected to obey their fathers and later their husbands.

What jobs did Ancient Egyptian women do?

Women had basically the same rights as men in Ancient Egypt, but they also had fewer opportunities.

Typically, women had the traditional role of caring for children and the home. They cooked, cleaned, and made clothing. Wealthier women managed household servants and planned banquets and parties.

Since they spent most of their time indoors, Ancient Egyptian women are typically depicted as having fair skin. Men, who labored outside, are depicted with darker skin.

Still, some women in Ancient Egypt did have jobs. They could be priestesses or musicians. Some women sold products like clothing and cosmetics. There is also evidence of female doctors and scribes. There were even female pharaohs.

If a father had no sons, his daughter might receive an informal education and help manage the family business. 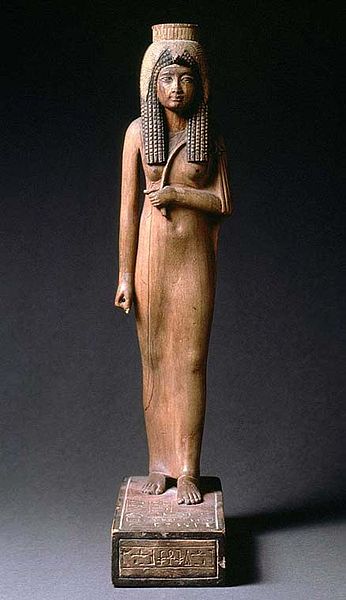 What did Ancient Egyptian women wear?

Wealthy women also wore accessories such as earrings, bracelets, necklaces, and headdresses. Women who couldn’t afford jewelry might make their own from colorful clay beads.

Typically, both men and women went barefoot. They sometimes wore sandals made of leather, papyrus, or palm.

Appearance was extremely important to both men and women in Ancient Egypt. Women wore makeup, perfume, and ornate hairstyles or wigs.

They colored their eyelids with powdered minerals, darkened their eyebrows and eyelashes with kohl, and painted their lips and nails with henna dye.

In addition, women wore perfumes, oils, and ointments. They regularly washed and perfumed their hair and sometimes lightened it with henna dye. 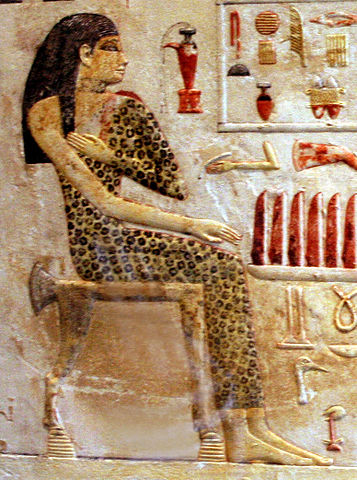 The most important role a woman could hold in Ancient Egypt was “God’s Wife of Amun.” This was an honorary title given to a woman who would tend to the god’s statue and help the high priest with ceremonies. This role was eventually considered nearly equal in power to the pharaoh.

Of the many God’s Wives in Egyptian history, the most famous was Hatshepsut, who was also a female pharaoh.

One reason for the nearly equal rights of women may be the Ancient Egyptian belief in the importance of harmony and balance (ma’at). The power of men, therefore, had to be balanced by the power of women. 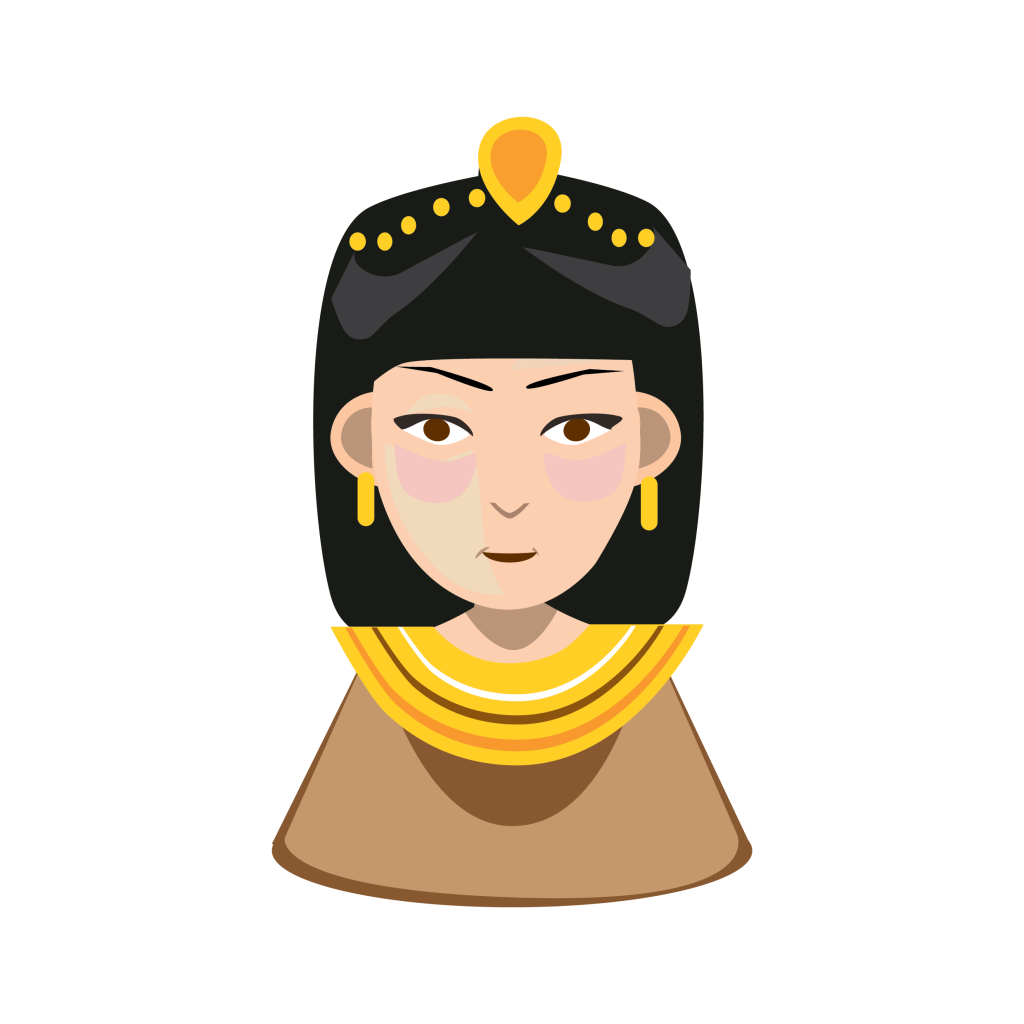 Women would perfume themselves by placing a cone made of fat and sweet-smelling ointment on their heads. The cone would slowly melt into the woman’s wig.

Marriages in Ancient Egypt were often arranged, but it was not rare for a woman to choose her husband.

Poor women sometimes helped their husbands work the fields. Women wanted to have fair skin because it was a sign that they were wealthy and did not have to work in the fields.

Men in Ancient Egypt usually had only one wife and were expected to be loyal to their spouse. Husbands and wives were typically buried together in the same tomb.

The Ancient Egyptians believed in many powerful women goddesses: Isis (the mother goddess), Hathor (the goddess of love and motherhood), Nut (the goddess of the sky), and others.