Cities and towns in Ancient Egypt were divided into “Upper” and “Lower” regions.

Most housing and public buildings in these cities were made of mudbrick. Usually, Ancient Egyptian towns had a wall around them with two entrances.

The towns also had one major road through the center, with smaller roads connected to it.

Since towns were made of mudbrick and built close to the Nile, which flooded often, many Ancient Egyptian towns were destroyed over time.

Memphis and Thebes were the two most important cities in Ancient Egypt.

Memphis was located where the Nile valley met the Nile delta, which had many smaller rivers. This made an excellent location for trade, taxation, and security. 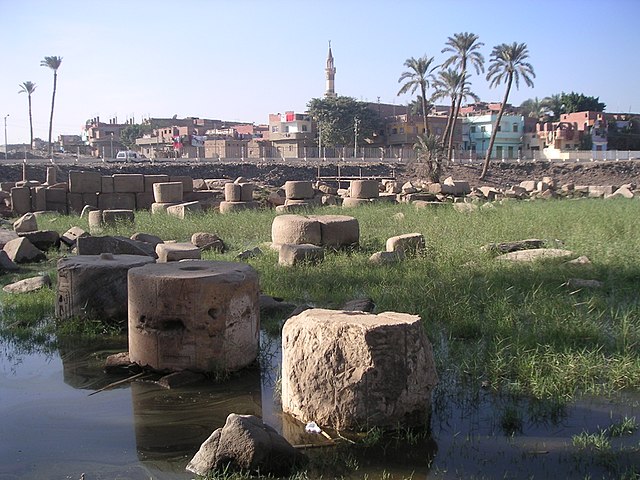 It was also the center of religion in Ancient Egypt and had many temples. The main god worshipped in Memphis was Ptah, the creator god and the god of craftsmen.

Because of its important location, Memphis was the capital of Ancient Egypt during the Old Kingdom dynasty. Historians think that Memphis was the biggest city in the world at its peak.

Eventually, the capital of Ancient Egypt was moved to Thebes. Still, Memphis remained a large and important city.

During the New and Middle Kingdom dynasties of Ancient Egypt, Thebes was the capital city. It was in Upper Egypt.

Thebes was the home of two of Ancient Egypt’s most important temples, Karnak and Luxor. The main gods and goddesses in Thebes were Amun, Mut, and her son, Khonsu. 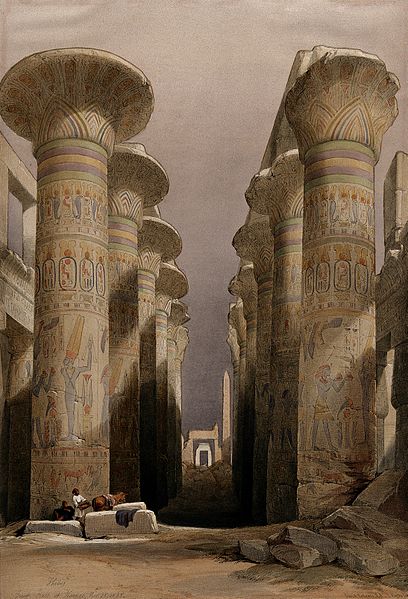 The city slowly rose to power as a religious and administrative center for Egypt. The regions around Thebes were well-populated and successfully grew many crops.

When Alexander the Great conquered Egypt, Alexandria became the capital city. Around this time, other cities like Memphis slowly faded to ruins.

Alexandria held the world’s largest library and was known as the intellectual center of the world. It served as the capital of Ancient Egypt for nearly a thousand years and is still the second largest city in Egypt.

It was also home to the Lighthouse of Alexandria. The lighthouse was one of the Seven Wonders of the Ancient World.

Akhetaten, or Tell el-Amarna, was the planned city of the pharaoh Akhenaten. During Akhenaten’s reign, it was the capital of Ancient Egypt.

The city was built to honor the god Aten. Akhenaten had created his own religion that worshipped Aten. After Akhenaten died, the planned city was abandoned.

Heliopolis was never the capital of Ancient Egypt, but it was a major city in Lower Egypt. Its name means “City of the Sun.” Ancient Egyptians believed it was the birthplace of Ra, the sun god.

It was also considered the birthplace of gods and goddesses like Isis, Osiris, Nut, Set, and Tefnut. In pre-dynastic times, Heliopolis was the religious center of Ancient Egypt and its largest city.

The Temple of Re-Atum obelisk is the area’s only remaining monument from ancient times.

Abydos was another center of religion in Ancient Egypt. The Ancient Egyptians believed it was the burial place of Osiris. It was considered one of the holiest places in Egypt. 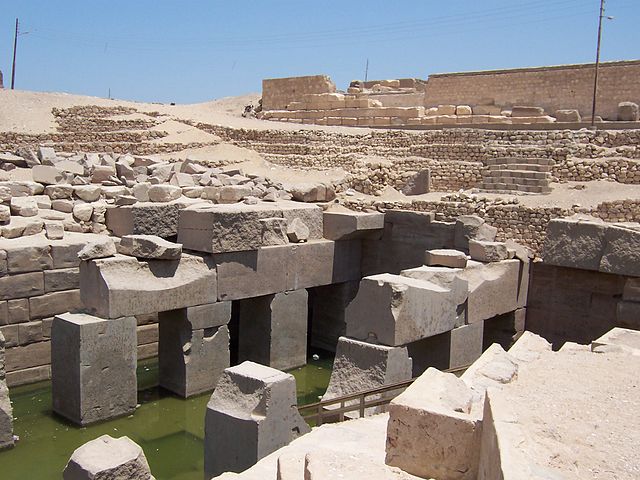 Some of the first pharaohs of Egypt were buried in or around Abydos. Many temples were located there, including the famous Temple of Seti I.

At the Temple of Seti I, historians found a List of Kings. It helped them put the Egyptian kings from Menes to Seti in the correct order.

Rosetta was a major trading city because of its location on the Nile and the Mediterranean. At one point, the city became wealthy because it had a monopoly on delta-grown rice.

When the capital Alexandria became powerful, Rosetta declined like many other Ancient Egyptian cities.

In 1799, the Rosetta Stone was discovered in the city by Jean-Francois Champollion. The stone was the key to translating the hieroglyphics, and it’s the reason we know so much about Ancient Egypt today.

Kom Ombo was located in Upper Egypt and home to the famous Kom Ombo Temple.

The Kom Ombo Temple is unique because it is a double temple. One side was dedicated to the god Sobek and the other side to the god Horus. Each side had separate chapels and entrances.

It was also a major trade center in Ancient Egypt. It was originally called Nubt, meaning “City of Gold.”