The Ancient Egyptians worshipped many different gods and goddesses.

Ancient Egyptian gods and goddesses were sometimes portrayed as completely human. Other times, they were depicted as humans with the head of a bird or other animal.

Gods and goddesses were associated with different qualities like power, the afterlife, wisdom, fertility, motherhood, marriage, and more.

Here’s a brief overview of some of the most popular Ancient Egyptian gods and goddesses.

Ra- Ra was viewed as the king of the gods, the creator of the world, and the sun god.

Isis- Isis was the goddess of marriage, motherhood, fertility, and magic.

Osiris- Osiris was the husband of Isis and the god of the underworld, the afterlife, resurrection, and fertility. He was credited with giving the gift of barley and abundant crops to the Ancient Egyptians. 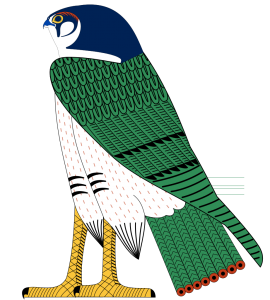 Horus- Horus was most often seen as the son of Isis and Osiris. He was closely associated with the pharaohs, who were considered the living Horus. 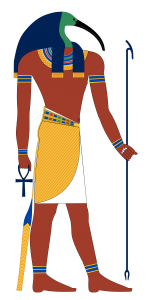 Thoth- Thoth was the god of most knowledge, including law, medicine, philosophy, writing, and magic. The Ancient Egyptians believed that he gave them the gift of hieroglyphics and invented the 365-day calendar.

These gods and goddesses, along with others, were worshipped in temples and shrines. People wore amulets to honor them and to seek protection from evil and danger.

They played an extremely important role in Ancient Egyptian history, religion, and culture.