Ancient Egypt is most famous for its powerful pharaohs and extravagant pyramids. But what was everyday life like for the average Ancient Egyptian?

The Nile and Food

Ancient Egypt was an agricultural society, meaning most of their economy was based on the growing and trading of crops. 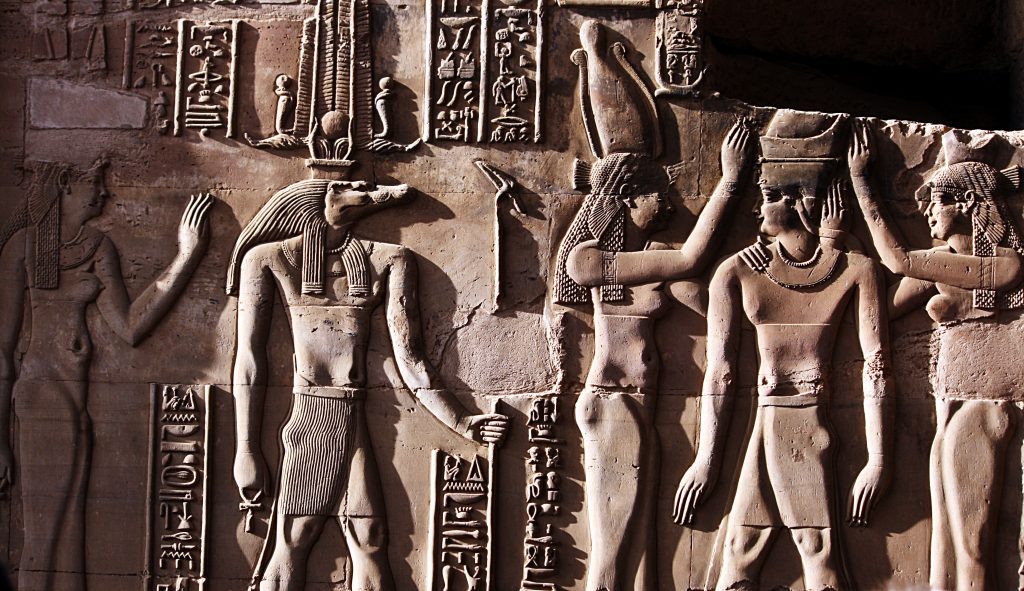 The society was very dependent on the Nile River. Its annual flooding watered the crops and made rich soil that supported their agricultural needs.

As a result, very few people went hungry in Ancient Egypt. They could grow plenty of food, and they also fished, hunted, and bartered (traded) for what they needed at market.

Most people ate barley, grain, fish, and vegetables. They got water from wells, the Nile, or from the irrigation canals they built.

More elite families ate meat on a regular basis, including small game and birds. Chicken was not available in Ancient Egypt, and fish was the main source of protein.

Stone was used only for temples, tombs, and the palace of the pharaoh. Egyptians built towns, cities, and family homes from mud-brick.

People carried mud from the Nile River, poured it into molds to make bricks, and let the bricks dry in the hot Egyptian sun.

Their homes usually had a wooden door, a kitchen with a mud-brick oven, and a roof made from matting.

Other houses had flat roofs, and the Ancient Egyptians would sleep on the roof when it was too hot inside.

This mud-brick material was cheap and easy to use, but most mud-brick houses and palaces are no longer standing. They crumbled and dissolved over time. 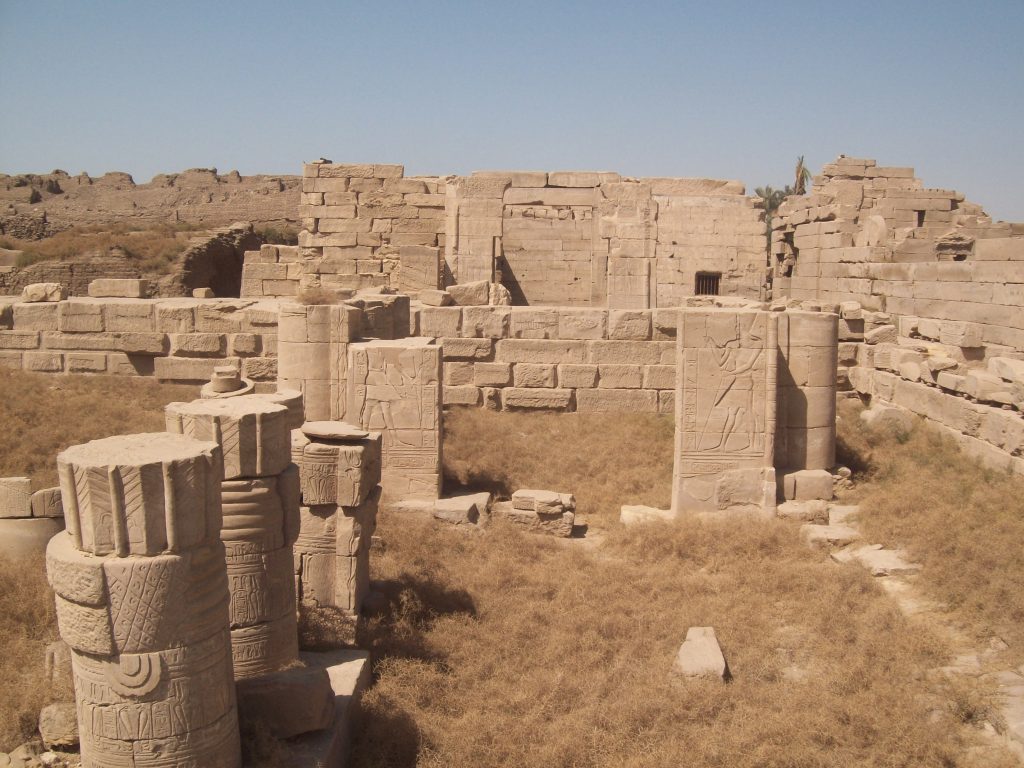 The Ancient Egyptians especially valued religion and family. They worshipped gods and goddesses in temples, religious ceremonies and festivals, and through prayer and rituals.

Almost everyone in Ancient Egyptian society was married (even the gods and goddesses).

Unmarried men were considered “incomplete,” and boys were encouraged to marry and start a family as soon as possible.

Boys learned trades and professions from the men in their family, while girls learned to take care of the home from their mothers. Couples usually married in their early teens or as young as age twelve.

Women had traditional roles in caring for children and the home, while men worked outside the home to earn a living.

This is why women were usually depicted with fair skin, while men were illustrated with darker skin from laboring in the sun.

However, women did have the same legal rights as men. Ancient Egyptian women could own property, seek divorces, conduct business deals, and live alone without a male guardian.

And although they were primarily viewed as homemakers, they could have other careers. For instance, Ancient Egypt had female doctors, priestesses, scribes, and even pharaohs. 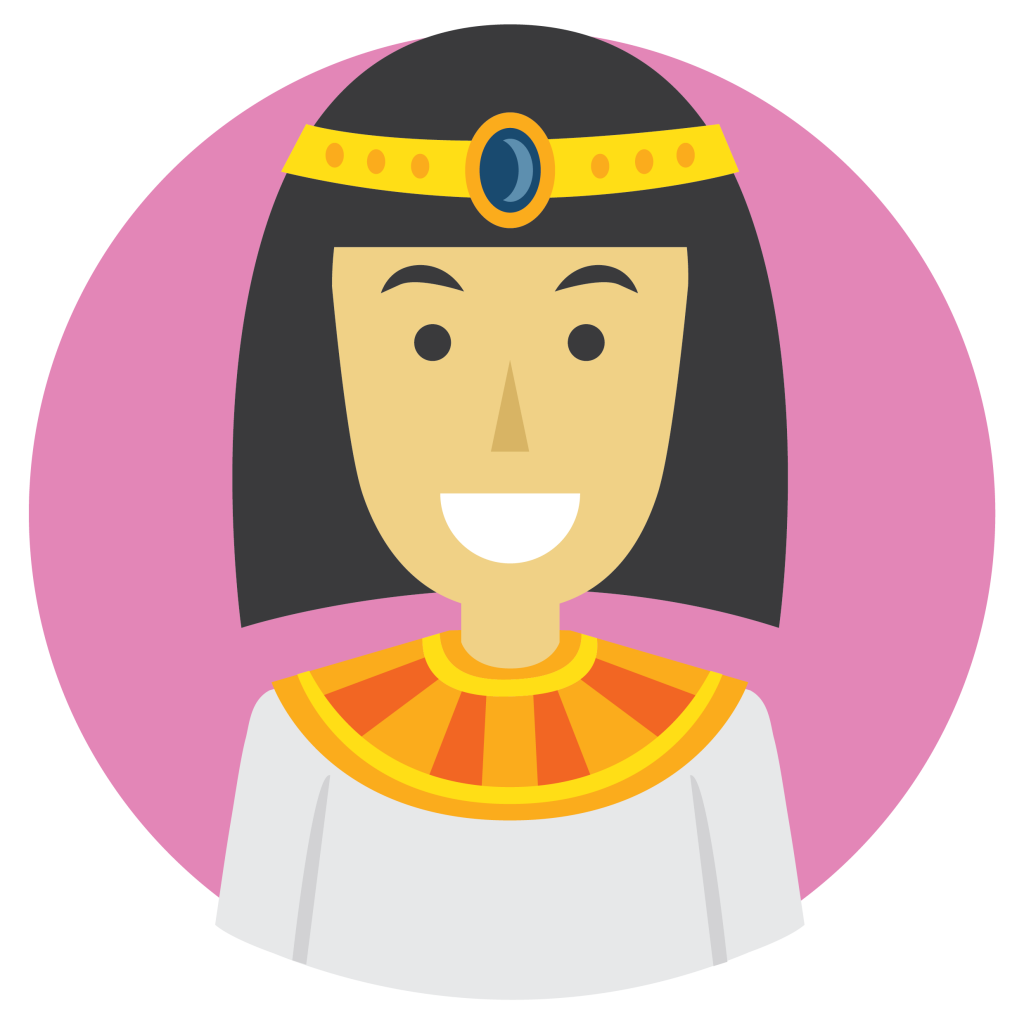 At the bottom of the social “pyramid” were servants, serfs, slaves, and tenant farmers who worked the land owned by royalty and the elite.

Above the working class were sailors, soldiers, and semi-skilled artisans or craftspeople. This could include carpenters and potters, as well as people working on large building projects.

Above them were educated professionals like doctors, accountants, and scribes (the only Ancient Egyptians trained to read and write). Priests and priestesses were also highly important.

At the top of the pyramid, of course, was the royal family, led by the pharaoh. The pharaoh was considered a messenger between the humans and the gods and was god-like himself.

They invented or were among the first to create makeup, wigs, toothbrushes and toothpaste, breath mints, and perfume. The elite hired hairdressers to wash, perfume, and sometimes even dye their hair. 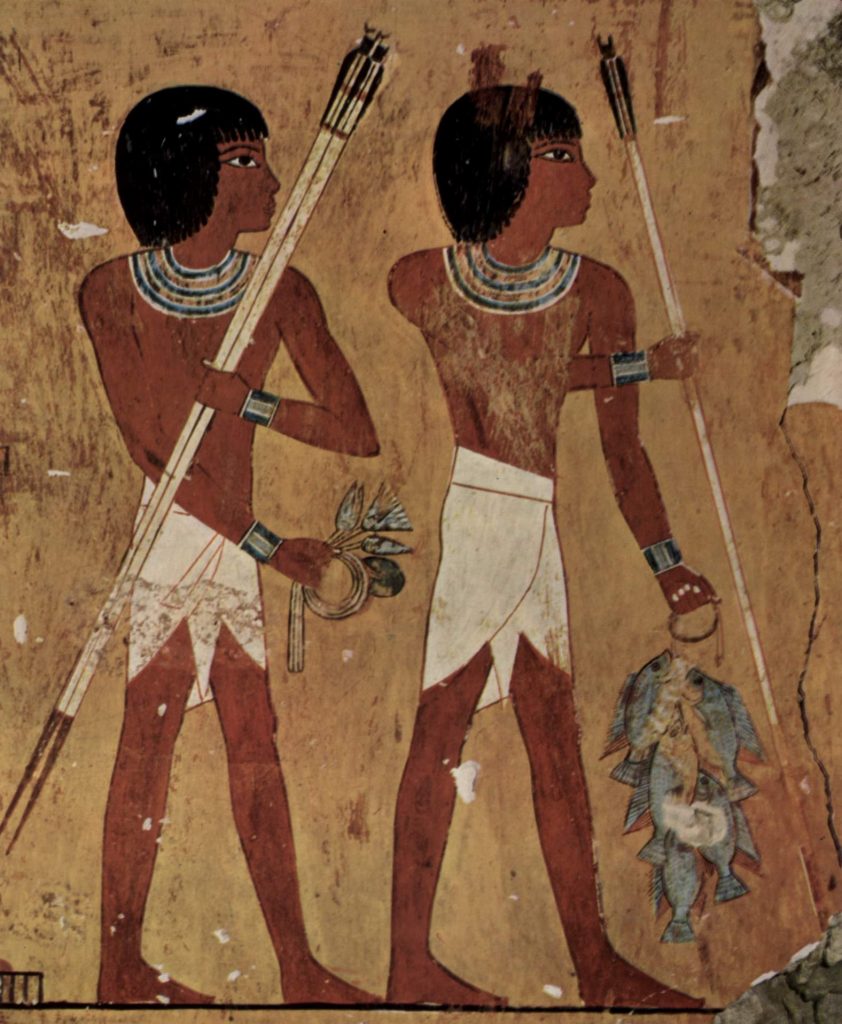 Wealthy men and women accessorized with jewelry and, on special occasions, headdresses.

Children didn’t wear clothes until they were about six-years-old. After that, they dressed in the same style as their parents.

Most Ancient Egyptians bathed daily (unlike people in many ancient societies), usually in the Nile River.

According to paintings and drawings, Ancient Egyptians enjoyed activities like fishing, boating, and swimming. They also played the early versions of sports we play today, like hockey and rowing.

Children played with toys carved in the shape of balls, horses on wheels, and other animals. They even had board games. One popular game was called Hounds & Jackals.

Ancient Egyptian society was very advanced for its time.

Women and men had equal legal status, the Egyptians were among the first to invent many important home goods and even write, and they had early advances in medicine, architecture, agriculture, science, and more. 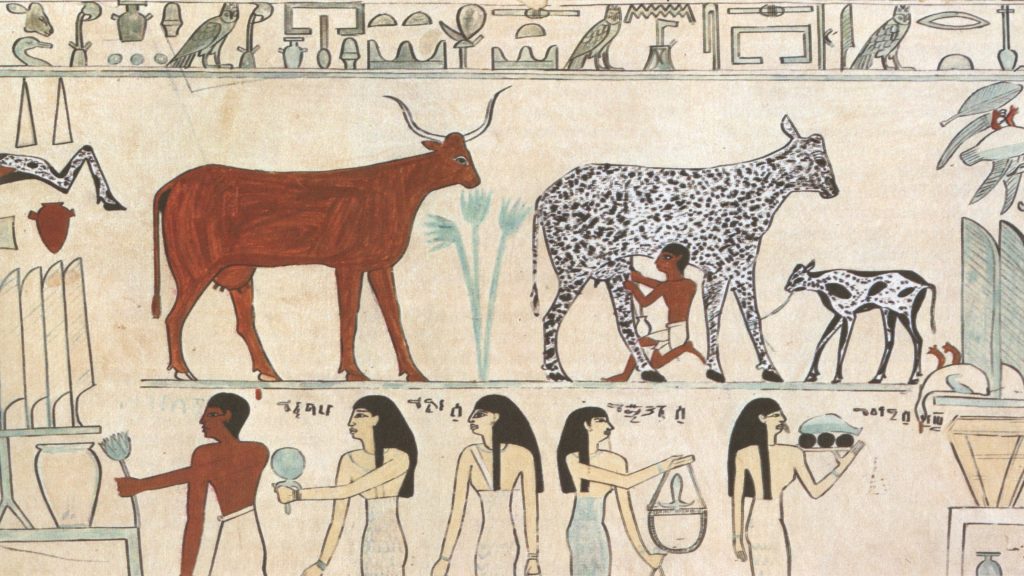 At the same time, their society was relatively simple. It was based on agriculture, and most people lived in small, mud-brick homes. They wore basic clothing items made from linen.

Like many other societies, they worshipped gods and goddesses and had a king (pharaoh) who ruled with divine authority.

They didn’t have complex laws. Instead, judges were expected to make fair decisions based on common sense.

Still, as one of the longest-running civilizations ever, Ancient Egypt continues to interest and fascinate people around the world.