The Ancient Egyptian society lasted for over 3,000 years. During that time, they created many different artifacts that we still study to this day.

By studying these ancient artifacts, we can figure out how their society functioned. These items also help to give us an idea of how different types of people lived during this time period. All of these artifacts have allowed us to piece together what life must have been like during Ancient Egypt’s reign, which is why we know so much about them today.

Visitors to Egypt also had a tendency to take some of the artifacts that they found back to their home countries. This is why we have so many different artifacts in museums today.

They thought that if their bodies weren’t prepared properly for the afterlife that they wouldn’t be able to move on to the next world.

One of the most important steps that they followed after someone died was to mummify their body. They did this through a process called embalming, which helped to preserve a person’s body for a long time. 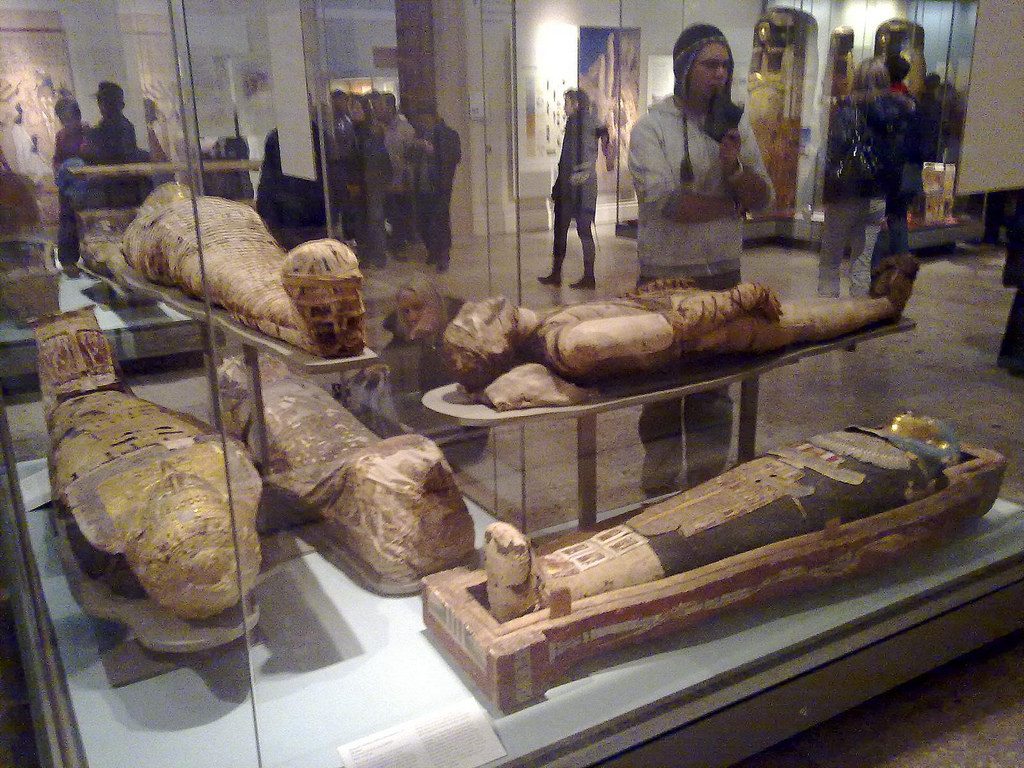 Embalming was an elaborate process. During this process, a person’s organs were removed. They also took out as much moisture and water from the body as they could, since water causes decay.

Once the body was wrapped up, it was covered in a sheet called a shroud, and placed in a stone coffin, which is known as a sarcophagus.

The entire mummification process took about 40 days. They did their work very well, which has allowed archaeologist to study real Ancient Egyptian bodies extensively.

These paintings were designed to help the person in their afterlife. They often showed the person that had passed away going over to the afterlife.

In these scenes, they would usually show the person happy and enjoying their new world. They could also include a person’ family members to show that they were not alone in the afterlife. Some sculptures were also made to depict different gods and goddesses. Some even were made so that family cats could be remembered after they had passed away!

Some of these statues are really big!! One such statue, the Sphinx at Giza is over 240 feet tall!

These artifacts could be as simple as rings or bracelets. There are also many different necklaces that have been found.