It’s given scientists and scholars clues about what Ancient Egyptians looked like, what activities and jobs they did, what was important to them, what clothing they wore, and more. To make paint, Ancient Egyptians ground the minerals into a powder then mixed them with a plant or animal-based glue, so they would stick to surfaces like walls.

Although they didn’t use many colors, Ancient Egyptians did use a variety of materials.

The Ancient Egyptians creating many famous giant sculptures, usually of gods or pharaohs (who were considered very powerful and god-like).

Giant sculptures can be found at pyramids, in temples, and sometimes in Ancient Egyptian palaces.

Their giant sculptures are most famous, but Ancient Egyptians created smaller sculptures too. The pharaoh Tutankhamen’s funerary mask is one example.

It was made from blue glass, semiprecious stones, and 24 pounds of solid gold! Other sculptures were created from limestone, wood, ivory, basalt, alabaster, and other materials. Many of the paintings show people with their loved ones, passing into the afterlife, or feeling happy in the afterlife.

A relief is a sculpture carved into a wall or other structure. Ancient Egyptians often carved them into the walls of tombs and temples.

They would make the carving, smooth the surface with a layer of plaster, and then paint it. Some elements might only be painted and not carved.

In most societies, art changes and evolves over time. But in Ancient Egypt, the art remained mostly the same for over 3000 years. Characteristics of Ancient Egyptian paintings included: 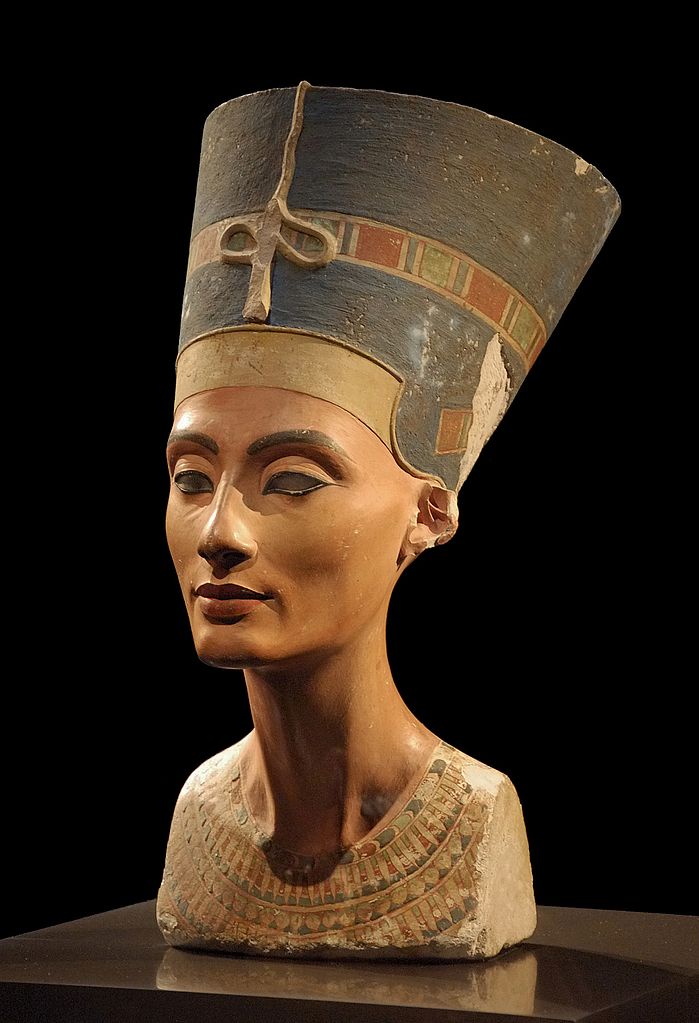 What’s interesting about Ancient Egyptian art is that most of it was never meant to be seen. Their artwork had a different purpose.

The Ancient Egyptians were very religious, so most of their artwork had to do with religion. This is why artwork is found in the temples, in tombs to guide people to the afterlife, and in the palaces of pharaohs, who were considered god-like.

Statues of gods were often the subjects of religious rituals. Statues of royalty and other elites were seen as messengers between people and the gods.

Ancient Egyptian art was about more than beauty. It was meant to serve a purpose that benefited someone—usually gods, royalty, or the dead.