Education was taken very seriously throughout China’s history. The goal of education was to enter into the civil service. The best and richest boys in the country would be educated in order to pass a civil service exam.

What was the Chinese civil service?

There was a group of people in Ancient China that helped the government (and the emperor) run the country. The members of this group were chosen with an examination that was extremely hard to pass.

It was every family’s dream that their son would pass his civil service examinations and get such a good job.

The civil service helped the government with its administration. Administration means paper work and the day-to-day running of the country, organising things like taxes and plans. To be in the civil service, you needed to be extremely clever. 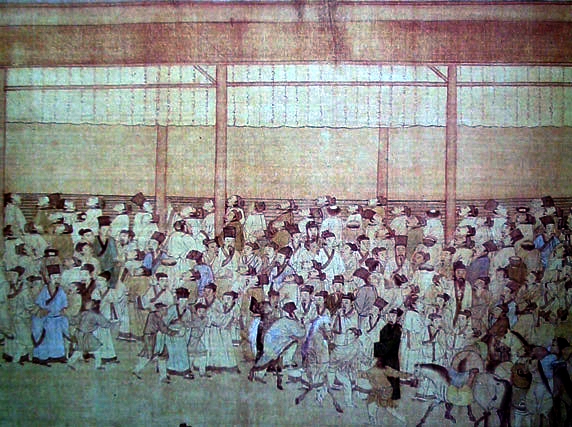 Education for the civil service

To get an education in China in the first place, you had to be rich. However, the civil service entrance was based upon being an excellent scholar. As long as you had a brilliant education and knew all the Chinese classics, a young man could improve his family’s position in society by entering the civil service

The system of training young men for the civil service began during the Han Dynasty (206 BC-220 AD). During the reign of Emperor Wudi, an imperial university was founded.

During the Sui Dynasty (581-618 AD), the Sui Emperors would use the civil service examinations to develop civil service members. They also developed a rule about who could become a member. This rule was that any officials from the civil service could not be related to the emperor or anyone that was born into elite families. 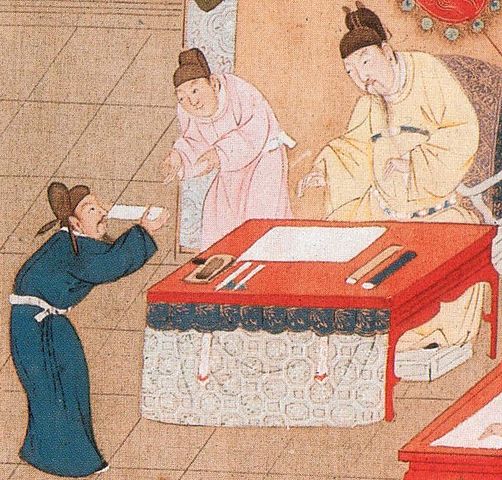 In the Tang Dynasty (618-907 AD), local schools were created so that young scholars could go and study all the classics and the number systems. The best scholars would then go into the jinshi exams.

Students were selected based upon their intelligence and not because they were born into a rich family. Therefore, at the end of the Tang Dynasty, the old noblemen, simply born into riches, were more or less wiped out and the most intelligent people were running the country.

Thanks to the civil service, education became very important. It also became an aspiration (a wish) for young men to be clever because it meant they could earn lots of money and become very important and respected. 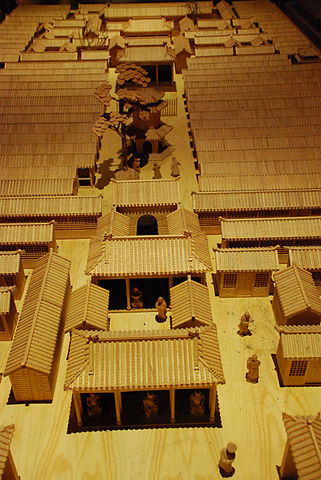