Albert Einstein was a scientist in the early 1900s and some people in the science community regard him as one of the smartest people to have ever lived. He came up with some of the most influential discoveries and theories of the 20th century.

Read on to learn about some of his most important inventions and discoveries.

In what is perhaps his most famous theory, Einstein argued that the speed of an object was relative to the speed of the observer. This is where the famous equation, E=MC2, came into play.

For instance, if two people were playing ping pong on a train, the ball that they hit back and forth would always appear to move at the same speed.

The ball would, however, appear to change speed to someone watching them on the side of the tracks. This is because this person is stationary, rather than moving along with the ball. 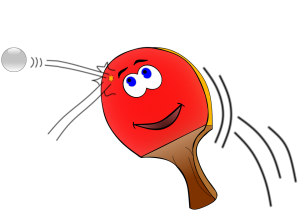 This theory also stated that if an objects energy is altered, its mass will be as well. This was influential in the development of nuclear energy and the atomic bomb.

In 1905 Einstein came up with the concept that there are particles that makeup light called photons.

As is the case with most discoveries and theories, most scientists of the day did not agree with him.

His theory was later proven correct, however, through lots of different trials and experiments.

This was a very important discovery for lots of different branches of science, not just physics.

For this amazing work, Einstein received the Nobel Prize for Physics in 1921. 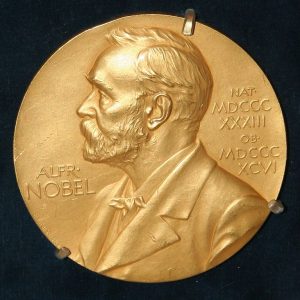 Everyone knows about the stand three states of matter, which are solids, liquids, and gases.

Einstein, along with another scientist by the name of Satyendra Bose, discovered a fourth state of matter.

This new state of matter is made up of indistinguishable particles. These particles are called Bosons.

This new type of matter has been used to manufacture advanced technology, such as superconductors. 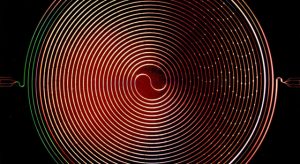 Along with his Theory of Relativity, this is one of the best-known discoveries of Albert Einstein.

By observing the zigzag movement of particles in suspension, Einstein was able to prove the existence of extremely tiny particles.

These particles, which include atoms and molecules, had previously been unknown to mankind.

Along the way to this discovery, Einstein combined ideas and theories from kinetic theory and classical hydrodynamics. 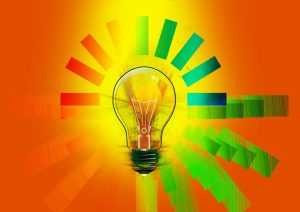 In this theory, Einstein proposed that light is composed of different packets of energy. He called this packets quanta or photons.

He stated that some have properties of particles and some the properties of waves. He also used this theory of photons to explain the photoelectric effect.

This is where electrons are emitted from a solid when they are struck by light. Television, cell phones, and tablets are all practical applications of this theory of light.

Even though Albert Einstein did not work directly on the Atomic bomb, his name will always be connected with it.

This is because his scientific work and discoveries were integral in the development of the bomb.

This includes his theory of relativity, the theory of light, and his work to discover atoms and molecules.

By applying these theories that were brought about by Albert Einstein, the scientists working on the Manhattan Project were able to create the first atomic bomb.

While Einstein has lots of well-known discoveries and inventions that helped to make him a household name, he also had several which are not very well-known.

One such example is Einstein’s Refrigerator. In this rough design, Einstein created a fridge that did not require any energy source to keep the food cool.

It instead used butane, ammonia, and water. This idea never caught on, however, and so it is a mostly forgotten invention. 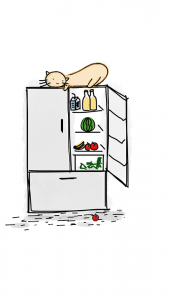 How Einstein’s Discoveries Shaped our World

Aside from television and the atomic bomb, there are many everyday examples of Einstein’s theories put into practice.

In this section, you’ll learn about some of the most important inventions based on Einstein’s work.

Thanks to Einstein, it is nearly impossible to get lost nowadays. Without Einstein’s theory of relativity, we wouldn’t be able to use the GPS on our smartphones.

Without this theory, we wouldn’t understand to take relativity’s effects into account when we are synchronizing our position with the satellites orbiting the Earth.

Without this understanding, the calculations of these satellites would be filled with errors, making them useless. 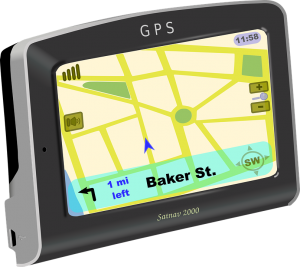 In another instance where Einstein’s theory of relativity is applied to a GPS, your phone’s clock would not be able to work with this theory.

This is because the ISP on your phone uses GPS to set the time, which helps to make them extremely accurate.

Without the theory of relativity, you would, most likely, be late for everything!

What makes it so automatic doors open when you approach? Or why do home security systems alert you to the presence of an intruder? Lasers, of course!

Lasers are crucial to all of these inventions and more. Lasers and their applications are made possible thanks to Albert Einstein.

In 1916, Einstein discovered that lasers were possible. Other inventors than took this idea and ran with it, creating lots of different uses, all thanks to Albert Einstein.