Thomas Edison is one of the most famous inventors in the history of the world. He invented lots of different things, such as music players and sound recorders.

He also introduced the first working lightbulb. Edison was also a savvy businessman, who held more than 1,000 patents.

Let’s explore some fun facts about Edison, and be sure to try our fill in the blanks activity at the end! 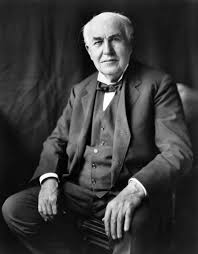 When he was young, his family moved to Port Huron, Michigan, where they lived for most of his childhood.

Surprisingly, Edison was not a very good student. He didn’t do very well in school because he had a tough time sitting still and listening.

His mother, a former teacher, decided to teach her himself. She kept him at home and homeschooled him for the rest of his elementary years.

Edison was a very enterprising and curious young man. When he was 12, he got a job selling a self-published newspaper at the train station. He also sold candy and vegetables.

He used this money to purchase his own equipment so that he could conduct experiments at home. 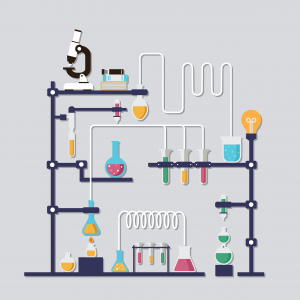 One day, he saved a child from being run over by a train at the station. The boy’s father was so grateful that he taught Edison how to use a telegraph as a reward.

After many years, Edison moved to Menlo Park, New Jersey. It was there that he built his research labs. This is the first instance of business with the sole purpose of inventing.

At his labs, Edison and his assistants would do research on different scientific properties and apply it to practical solutions. 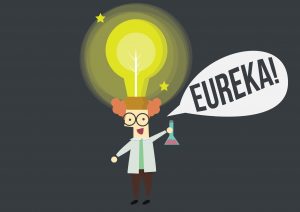 This allowed them to manufacture their inventions on a much larger scale. Edison would come up with ideas, and his workers would bring them to life.

Thomas Edison had the patents and is credited with thousands of different inventions. However, his most famous include phonographs, light bulbs, and motion pictures.

Let’s take a look at some of these!

This is the first invention that made Edison famous. It allowed a person to both record and play back sounds. 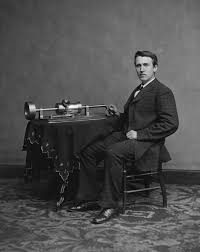 Edison did not invent the electric light. He rather made it more practical for a larger amount of people to use it.

He also invented things that helped to make electric light much safer to use in the home. These included safety fuses and on/off switches for electrical sockets.

Edison and his company are credited with creating the first motion picture camera. This helped make the movies of today possible.

Edison was the first to create the DC, or direct current – a delivery system for electricity. He met with stiff competition from companies that used AC, or alternating current.

He put on large displays of electric lights using his system of power, helping to make it the chief source of power in large cities. 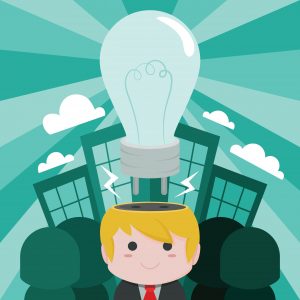 Thomas Edison married Mary Stilwell on December 25, 1871. He was 24 years old, and she was just 16. They had only met two months earlier.

They had three children, named Marion, Thomas, and William.

Edison remarried in 1886 to Mina Miller. They also had three children, named Madeleine Charles and Theodore.

“Genius is one percent inspiration and ninety-nine percent perspiration.”

“Many of life’s failures are people who did not realize how close they were to success when they gave up.” 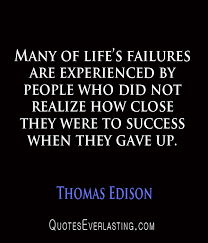 “There is no substitute for hard work.”

“Our greatest weakness lies in giving up. The most certain way to succeed is always to try just one more time.”

“Opportunity is missed by most people because it is dressed in overalls and looks like work.”

“The first requisite for success is the ability to apply your physical and mental energies to one problem incessantly without growing weary.” 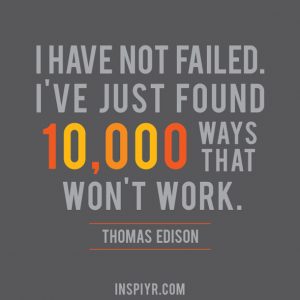 As his invention company continued to grow, Edison began to branch out more into the business world.

He started the company General Electric, which his still around today, though they now usually just go by GE. Try our cool fill in the blanks activity to test what you’ve learned about this great scientist and inventor!