She was a physicist and chemist best known for her research on radioactivity. Her scientific discoveries continue to make life easier and better today. 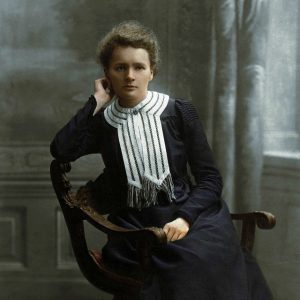 Marie Curie was born Maria Salomea Sklodowska in Warsaw, Poland on November 7, 1867. Both of her parents were teachers.

She attended first a boarding school and then a gymnasium. The gymnasium was a school only for academically gifted students.

Marie graduated from high school at age 15 and was honored as the top student.

She wanted to continue her education and study science. Unfortunately, higher education was not an option for girls in Poland. Also, her father did not have enough money to send Marie to a university. 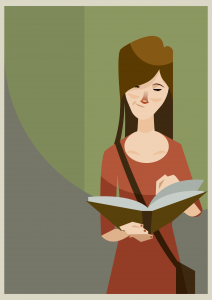 The same problem was facing Marie’s sister, Bronya. Marie worked as a tutor and a nanny to earn enough money to support Bronya’s education. Bronya moved to Paris to study medicine.

For the next few years, Marie continued working to earn money. In her spare time, she studied science and mathematics. When she was 24, Marie followed Bronya to Paris.

While pursuing her Ph.D. in Physics, Marie married Pierre Curie, who was a professor. He was also a respected scientist, inventor, and expert in magnetism. 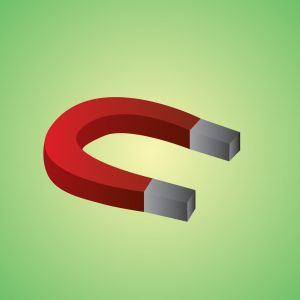 Marie Curie became the first woman professor at the Sorbonne. She was the university’s Physics Chair.

Later, the International Red Cross made her head of its radiological service. Marie held training courses for nurses and doctors in the new techniques.

After realizing that the rays from radioactive elements could treat tumors, she also established and managed The Radium Institute.

As part of her Ph.D. studies, Marie began researching the chemical element uranium. Specifically, she studied the rays produced by uranium.

She discovered that the rays came from the atoms inside of the uranium. 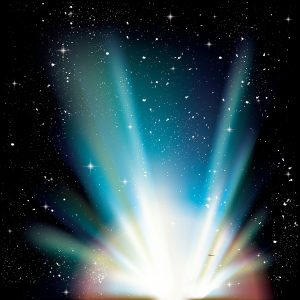 She also noted that the uranium minerals pitchblende and tobernite affect the conductivity of the air more than pure uranium.

Marie correctly developed a theory that these minerals must contain another chemical element that was more active than uranium.

Her husband Pierre became interested in Marie’s discoveries. They began working together on scientific research.

In 1898, they announced the discovery of two new chemical elements: polonium and radium. These elements soon officially became part of the periodic table of elements.

The Curies found that radium was several million times more active than uranium. It’s a source of heat and is always hotter than its surroundings. They called this phenomenon “radioactivity.” 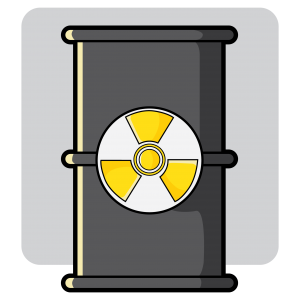 In 1903, the Curies won the Nobel Prize in Physics for their discoveries. In 1906, Pierre was hit by a horse-drawn carriage and killed.

Marie continued the couple’s work and eventually isolated a pure sample of radium in 1910. This allowed her to more closely study the element, especially its potential in medicine.

In 1911, Marie won the Nobel Prize for Chemistry. Soon after, during World War I, she set up radiology medical units near the battle lines.

Over 1 million soldiers injured soldiers received X-rays in these units. 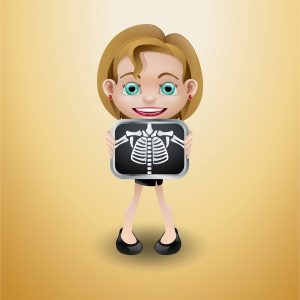 After Marie and Pierre were married, they spent most of their time conducting scientific research together.

The couple also had two daughters, Irene and Eve. Irene went on to win the Nobel Prize in Chemistry.

Although Marie was a successful and respected scientist, she did face opposition to her work from male scientists. She also never saw great financial benefit from her discoveries during her lifetime. 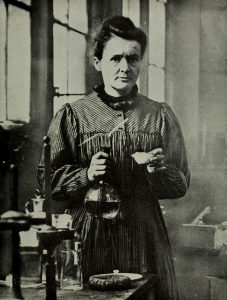 “Nothing in life is to be feared, it is only to be understood. Now is the time to understand more, so we may fear less.”

“First principle: never to let one’s self be beaten down by persons or by events.”

“Each of us must work for our own improvement, and at the same time share a general responsibility for all humanity.”

“Life is not easy for any of us. But what of that? We must have perseverance and above all confidence in ourselves.” 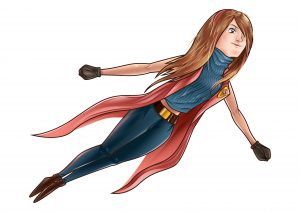 Marie spent most of her later years on medical research with radium. Radium was extremely expensive, and people around the world helped Marie raise money for her research.

In 1921, President Harding presented Marie with one gram of radium for her continued studies. He presented the gift on behalf of the women of America and in recognition of her scientific contributions.

Marie Curie died on July 4, 1934, of aplastic anemia, a bone marrow disease. It is believed that the disease was caused by Marie’s long-term exposure to radioactivity.

Marie’s eldest daughter Irene eventually died from leukemia as a result of this exposure too. Today, scientists have a better understanding of how to safely handle radioactive elements. 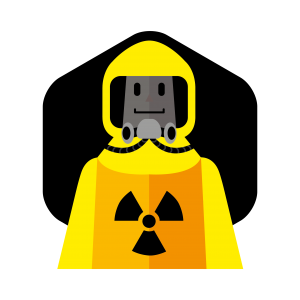 Even Marie’s books and papers are so radioactive that they are stored in lead boxes and can only be opened by people wearing protective suits.

In Marie’s obituary, the New York Times wrote, “She not only conquered the great secrets of science but the hearts of the people the world over.”

Marie was a pioneer who helped pave the way for women in science, and her work continues to be important today.