Alexander Graham Bell was a scientist, inventor and engineer best known for inventing the telephone.

He’s also credited with many other important inventions, and he founded the American Telephone and Telegraph Company (AT&T). 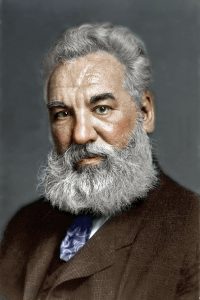 Let’s explore some fun facts about him! Be sure to take our fun quiz towards the end too!

Alexander Graham Bell was actually born Alexander Bell in Edinburgh, Scotland on March 3, 1847. His father Alexander was a professor.

Alexander had two brothers, Melville James and Edward Charles. Both brothers would later die of tuberculosis. 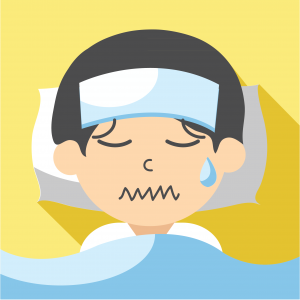 Because he had always begged to have a middle name like his brothers, Alexander was given the name “Alexander Graham Bell” on his eleventh birthday.

After being home-schooled for several years, Alexander attended Edinburgh’s Royal High School. He enjoyed science but performed poorly in school.

Still, Alexander’s remarkable ability to solve problems was apparent from a young age.

At age 12, he invented a farming device for his friend’s father that quickly removed husks from wheat grain. It was used on the farm for several years.

Alexander was heavily influenced by his father and his grandfather, who both worked on mechanics and elocution (public speaking). 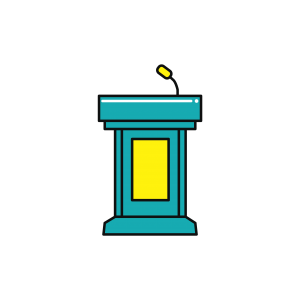 He then returned to Scotland and attended Weston House Academy.

Over the next few years, Alexander spent time at many schools.

He worked on improving his own education or on teaching elocution, following in the footsteps of his father and grandfather.

At the age of 25, he founded the School of Vocal Physiology and Mechanics in Boston, Massachusetts.

During this time period, he continued to carry out his own research on sound and speech. These topics had always fascinated him. 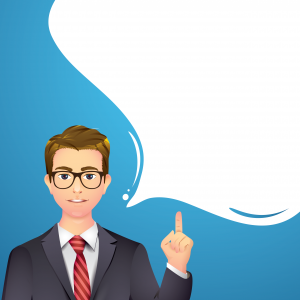 Although Alexander never obtained a college degree, he became Professor of Vocal Physiology and Elocution at Boston University when he was only 26.

For many years, Alexander Graham Bell dreamed of creating a machine that could reproduce human speech.

A linguistics expert named Alexander Ellis told Alexander Graham Bell that his idea was similar to work being carried out by Hermann von Helmholtz in Germany.

Alexander eagerly read Helmholtz’s work. The only problem was that it was in German, so Alexander misunderstood some of what he read.

He thought that Helmholtz had successfully converted all sounds of speech to electricity. 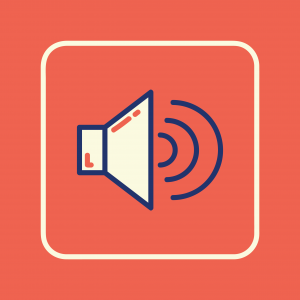 In reality, this had only been achieved with vowels, but Alexander now believed this feat was possible.

Alexander found that human speech moves in waves. He hoped to produce an electrical wave that could follow these same patterns.

By March 1876, Alexander Graham Bell had managed to devise a working telephone.

The first words ever spoken by telephone were to his assistant: “Mr. Watson, come here. I want to see you.” 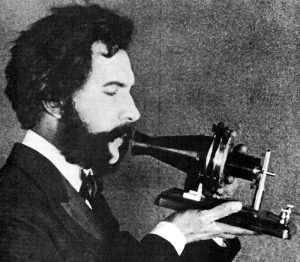 In 1877, Alexander launched the Bell Telephone Company. Within 10 years, over 100,000 people in the United States had a telephone.

However, Alexander wasn’t interested in the business aspect of the telephone and soon sold his shares. He also refused to have a telephone in his own office, saying it was a distraction.

Alexander used the money from his shares to build an experimental facility called the Volta Laboratory, where he worked on experiments using light to transmit sound.

He wanted to improve the lives of the hearing-impaired. In addition to the telephone, Alexander Graham Bell invented the metal detector, the graphophone (later developed into the phonograph), and a “harmonic telegraph.”

He served as the president of the National Geographic Society from 1898-1903 and also helped launch Science magazine, still one of the world’s top science publications. 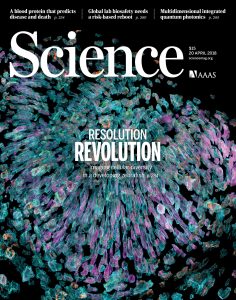 While teaching, Alexander Graham Bell met Mabel Hubbard. Although there was a 10-year age gap between Alexander and the 15-year-old Mabel, the two fell in love and got married in 1877.

The couple had two daughters, Elsie and Marian. They also had two sons who died as infants.

“Before anything else, preparation is the key to success.”

“Sometimes we stare so long at a door that is closing that we see too late the one that is open.”

“Educate the masses, elevate their standard of intelligence, and you will certainly have a successful nation.”

“A man’s own judgement should be the final appeal in all that relates to himself.”

Near the end of his life, Alexander Graham Bell was ill with complications from diabetes for several months. 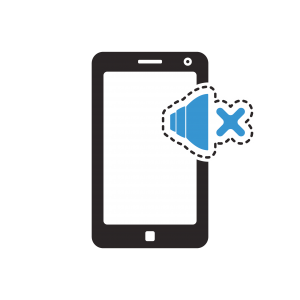 He died at the age of 75 on August 2, 1922 in Nova Scotia, Canada. In his honor, every phone in North America was silenced during his funeral.

There have been several advancements and improvements to the phone Alexander Graham Bell invented, but he laid the foundation for many of today’s most popular devices.