Scientists have learned a lot about the past. One way that they have been able to learn so much about the past is through the examination of fossils.

Fossils are the remains of organisms that lived in the past. They can be the actual parts of the organisms, like bones and teeth, or they can be signs that show what the organism did, like footprints.

Fossils need to come from a time before human history. There is no definite date, but most fossils need to be at least 10,000 years old. 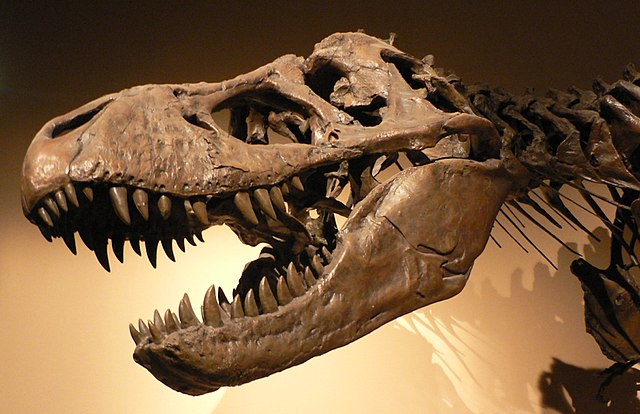 To become a fossil, the remains need to be buried, away from oxygen for a long time. It is best if the remains are covered by mud and sediments.

If the remains get too hot or compressed, then they won’t become fossils.

Bones and teeth are more likely to become fossils. 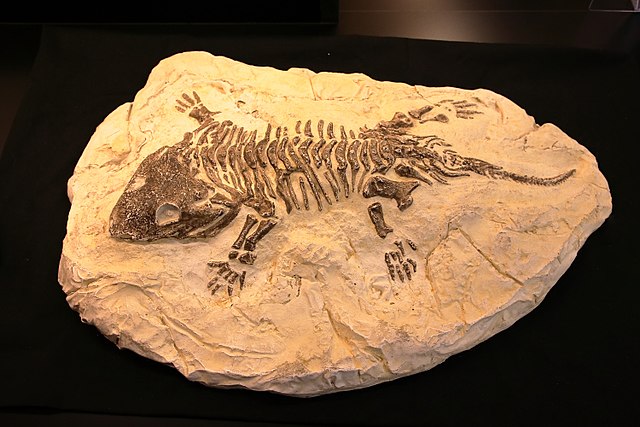 There are different types of fossilization. They are: permineralization or petrification, molds and casts, carbonization, unaltered preservation, replacement and recrystallization, and authigenic mineralization.

Permineralization or petrification happens when minerals replace the organic material of the remains. Dinosaur bones are a common example of permineralization.

When the remains of an organism leave an impression in a rock, it is called a mold. When the mold is filled with rock or minerals it is called a cast.

Carbonization is most common in plant fossils. This happens when the organism’s organic material is removed, leaving behind carbon.

Unaltered preservation is when the entire remains of the organism have been kept together. This is very rare and usually requires the remains to be frozen or trapped in amber.

Replacement and recrystallization happen when shells or bones are replaced with other minerals.

Authigenic mineralization is when a cast or mold is encased in minerals. 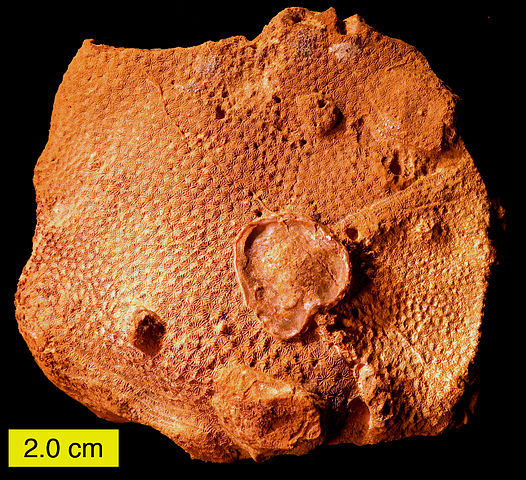 There are two ways to date fossils: relative and absolute dating.

Most fossils are dated using relative dating techniques. Relative dating is when you compare a fossil to things that are already dated.

A common practice with relative dating is to date fossils to index fossils. Index fossils are fossils that only existed at a certain time. If the undated fossil is found in the same layer as an index fossil, it is likely that it comes from the same time.

Absolute dating is when a fossil is dated by using radioactive material. The atoms in some chemical elements break down over time. These are called isotopes. Because the rate that isotopes break down is known, scientists can measure how much of the isotope remains and determine the age of a fossil.