Do you know much about Mars? Well if not, read on for some facts about this fascinating planet.

Mars is the only planet whose surface can be seen in detail from the Earth. It is reddish in color, known as the Red Planet, and was named after the bloody red god of war of the ancient Romans.

Mars is the fourth closest planet to the sun. The diameter of Mars is 4,200 miles (6,760 kilometers), a little over half that of the Earth. Mercury is the only planet smaller than Mars. These are the planets that are closest to the sun and are called terrestrial planets because they have very solid rocky surfaces.

Orbital Speed: The orbital speed of Mars is 54,133 miles per hour or 24.2 kilometers per second.

A lot of planets are bigger than Earth. For example, 318 Earths could fit inside of Jupiter. Mars is not quite so big. In fact, Mars is one of only two planets in the solar system to be a lot smaller than Earth. If you looked at the two planets side by side, Earth would be a basketball while Mars is a softball (see below).

Mars is 155 million miles (249 million kilometres) from the sun.

Mars is red because it is rusty. There is a lot of iron in the soil, and the air on Mars has made it turn red-just like rusty iron on Earth.

At its brightest, Mars outshines every other planet apart from Venus.

In 1996 NASA, whilst studying the ALH 84001 meteorite of Martian origin found in Antarctica in 1984, announced that fossilized micro-organisms from Mars might be present in it.

The Surface of Mars

The surface of Mars is covered in canyons and valleys. Scientists think that because of this the planet once had water on it.

Just like Earth, Mars’ two poles are covered in ice. The ice becomes thicker in the winter.

Of all the volcanoes in the Solar System, Mars has the tallest. It is called Olympus Mons and it is 15 miles (24 kilometers) high, three times as high as Mount Everest.

Valles Marineris is the largest canyon in the solar system, stretching 2,485 miles (4,000 kilometers) across the surface. If you look at a picture of Mars taken from a telescope, you will see the giant gash that is Valles Marineris.

The Borealis Basin makes up 40% of the planet’s surface, taking up almost the entire northern hemisphere. 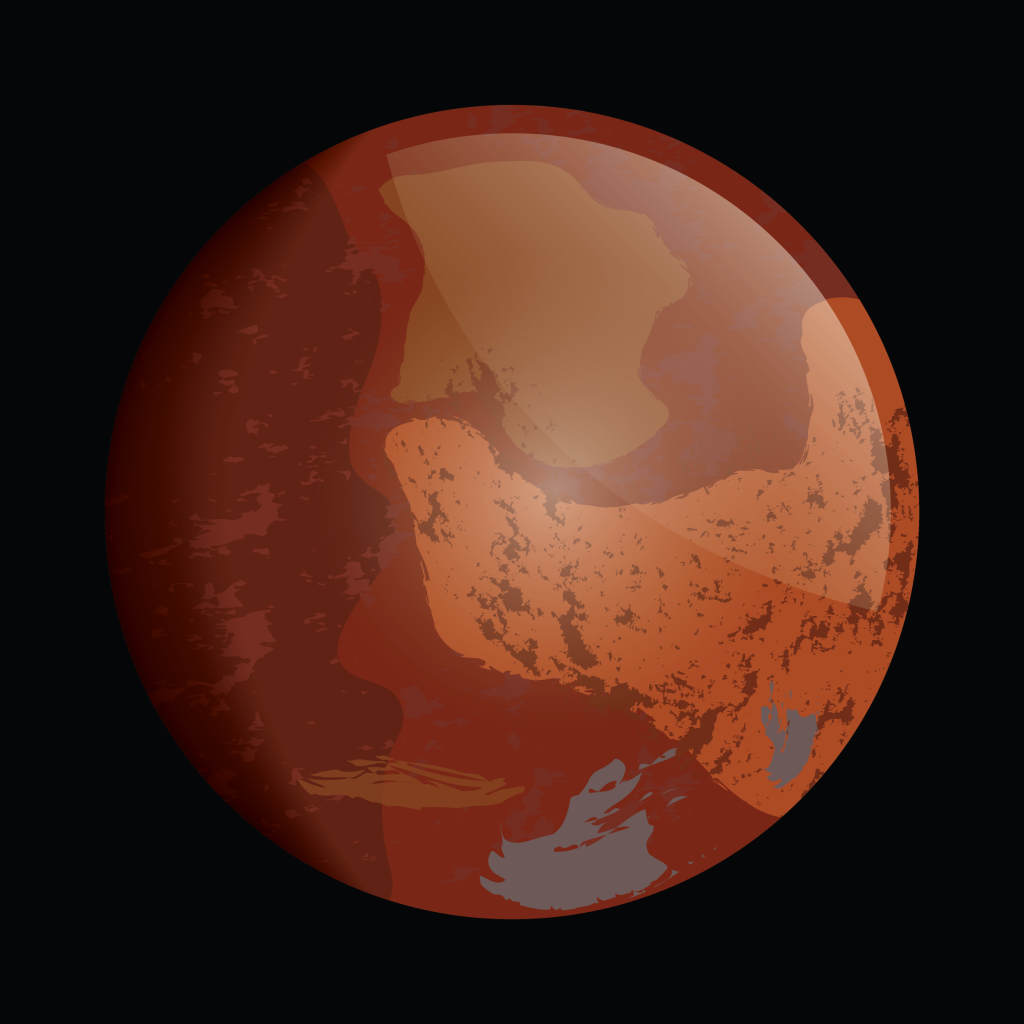 Does Mars have Moons or Rings?

Mars doesn’t have any rings.

It does however have two small moons called Phobos and Deimos.

One of Mars’ two moons, Phobos, is slowly getting closer and closer to Mars. Astronomers think that it will eventually crash into the planet.

The History of Mars

Mars was named after the God of War in Roman mythology.

Mars had a much thicker atmosphere in the past. Scientists think that this is because the sun’s energy pushed the lighter molecules out of Mars’ atmosphere over millions of years, making it thinner and thinner over time.

There have been quite a few space missions to Mars, but here are some of the most important ones.