You live on Earth – but how much do you know about your home planet? Let’s dive in with some Earth facts.

Earth is the largest of the four “terrestrial” (rocky) planets and the third from the sun.

It has a unique combination of features that make it a good place for life to exist – lots of liquid water, a strong magnetic field and a large moon to protect it from impacts.

Scientists know more about Earth than about any other planet, and it turns out to be a very interesting place. Read on to learn more and be sure to try our fun quiz at the end! 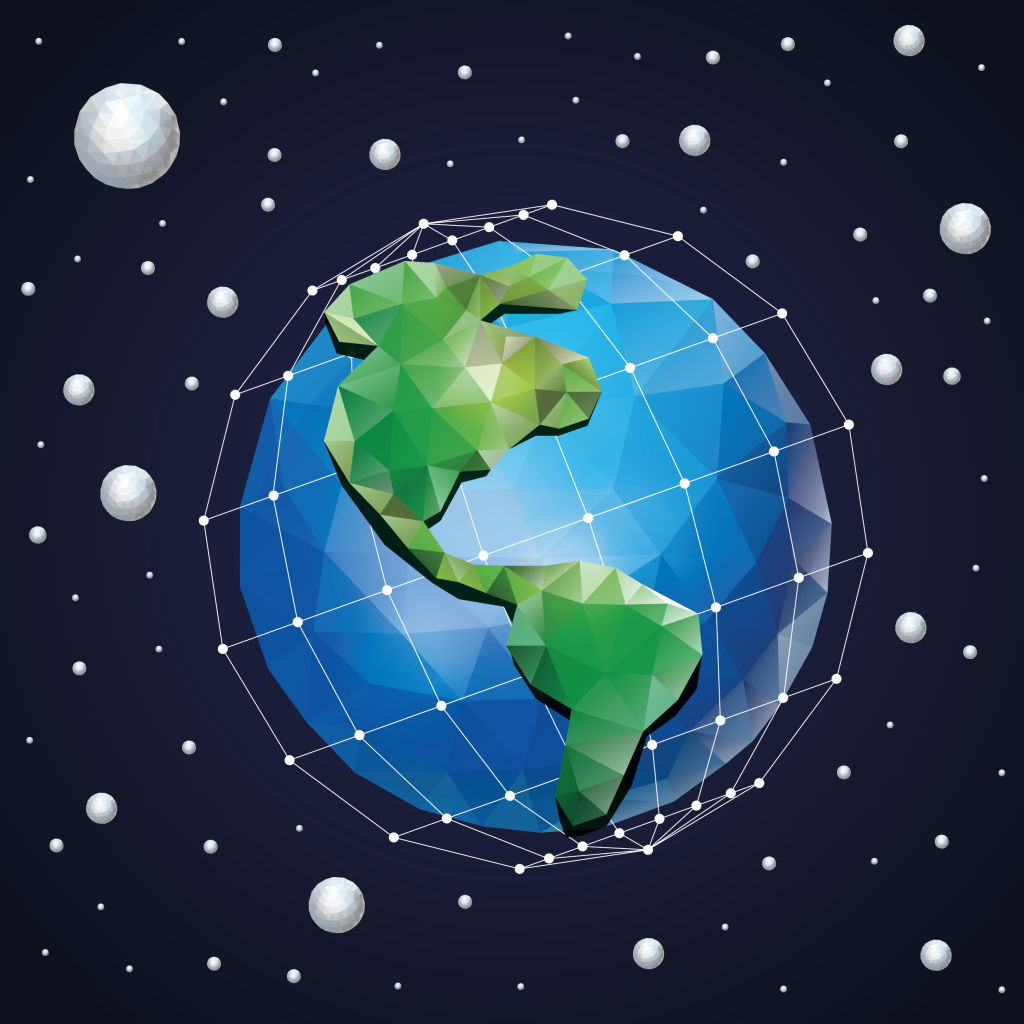 We’re here because of Earth’s structure and the effect it has on the atmosphere, and because the planet’s orbit lies in the “Goldilocks Zone” around the sun.

It’s not too hot and not too cold, but just right.

Earth is the fourth smallest planet in the solar system – but it’s the largest one that’s not mostly made of gas.

It takes Earth 366.26 days to go around the sun once, but because the planet is also rotating the sun appears to rise 365.26 times. The extra .26 is why we have leap years – adding an extra day every four years keeps the calendar tidy.

Earth and The Moon

Earth is the first planet that has a moon. Unlike Mercury and Venus it’s far enough from the sun’s gravity to hold on to one.

Our moon isn’t the largest in the solar system, but it is the largest relative to the planet it orbits.

The moon’s gravity is slowing Earth’s rotation, but not enough for anyone to notice. Half a million years from now a day will be one second longer.

The Layers of the Earth

Earth has four layers. The crust is a thin layer of solid rock, up to 70 miles thick. The mantle is rock that isn’t molten, but hot enough that it’s soft.

Below that is the outer core of hot melted iron. Finally the inner core is iron that’s even hotter, but under so much pressure that it’s solid.

The liquid outer core, combined with Earth’s fast rotation, create a strong magnetic field around the planet. This is why compasses work. It also protects us from cosmic rays and stops the solar wind blowing the atmosphere away.

Hot liquid iron rising through the outer core transfers heat to the mantle. This melts some of the rock there; when it escapes to the surface volcanoes appear.

The crust is made up of large plates that float on the denser mantle. These move very slowly. This is what causes earthquakes – but it’s also arranged the location of our continents in a way that’s very good for us. 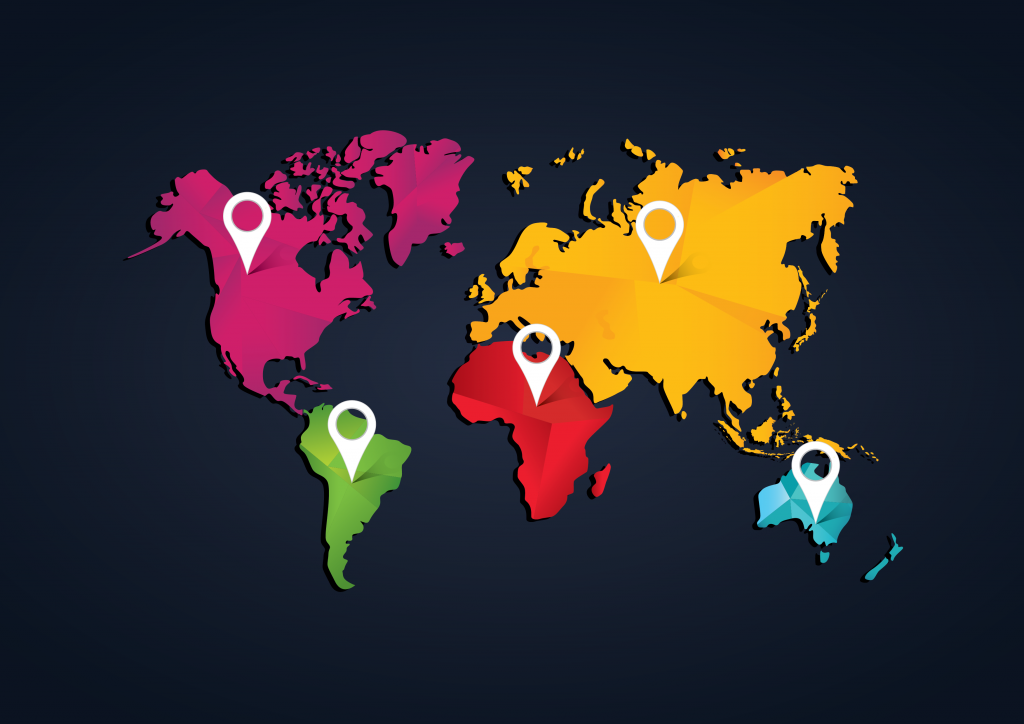 Earth is the only terrestrial planet that has liquid water. Venus and Mercury are too hot; Mars is too cold. But the atmosphere is important too.

Most of Earth’s surface is covered in water; 72% is ocean. About 97% of the water is salty and undrinkable for humans, but that’s where life first appeared.

This is the only planet with lots of oxygen in its atmosphere – around 20%. It hasn’t always been like that though. Until 2.3 billion years ago there was almost none.

Then, a new species of bacteria began producing oxygen from carbon dioxide. This allowed more complex animals like us to evolve.

Temperatures have changed a lot since Earth was formed 4.5 billion years ago. The most dramatic changes were the Ice Ages.

There have been at least five of these. We’re still in the fifth one now. When there isn’t an Ice Age the planet is much warmer and there are no ice caps at the poles.

Earth’s atmosphere is dense enough to protect us against most meteoroids. Only large ones reach the surface; the smaller ones break up and burn. The moon also protects us by attracting many towards it. That’s why it’s so cratered.

Our orbit takes Earth closest to the sun in January, and furthest away in July. The difference is about 3.1 million miles (5 million km).

Seasons aren’t caused by distance from the sun; it’s Earth’s tilt that gives us them. The planet is tilted by 23.45 degrees. That means in winter sunlight hits at a shallower angle and delivers less energy to every square foot of ground.

All the other planets are named after Greek or Roman gods. Earth is the exception. The name comes from the German and Old English words for the ground – erde and eorthe.

Earth has one natural satellite – the moon. It also has about 3,600 artificial ones at the moment, out of around 6,600 that have been launched.

They range from tiny communications satellites to huge spy cameras, the Hubble Space Telescope and the International Space Station. 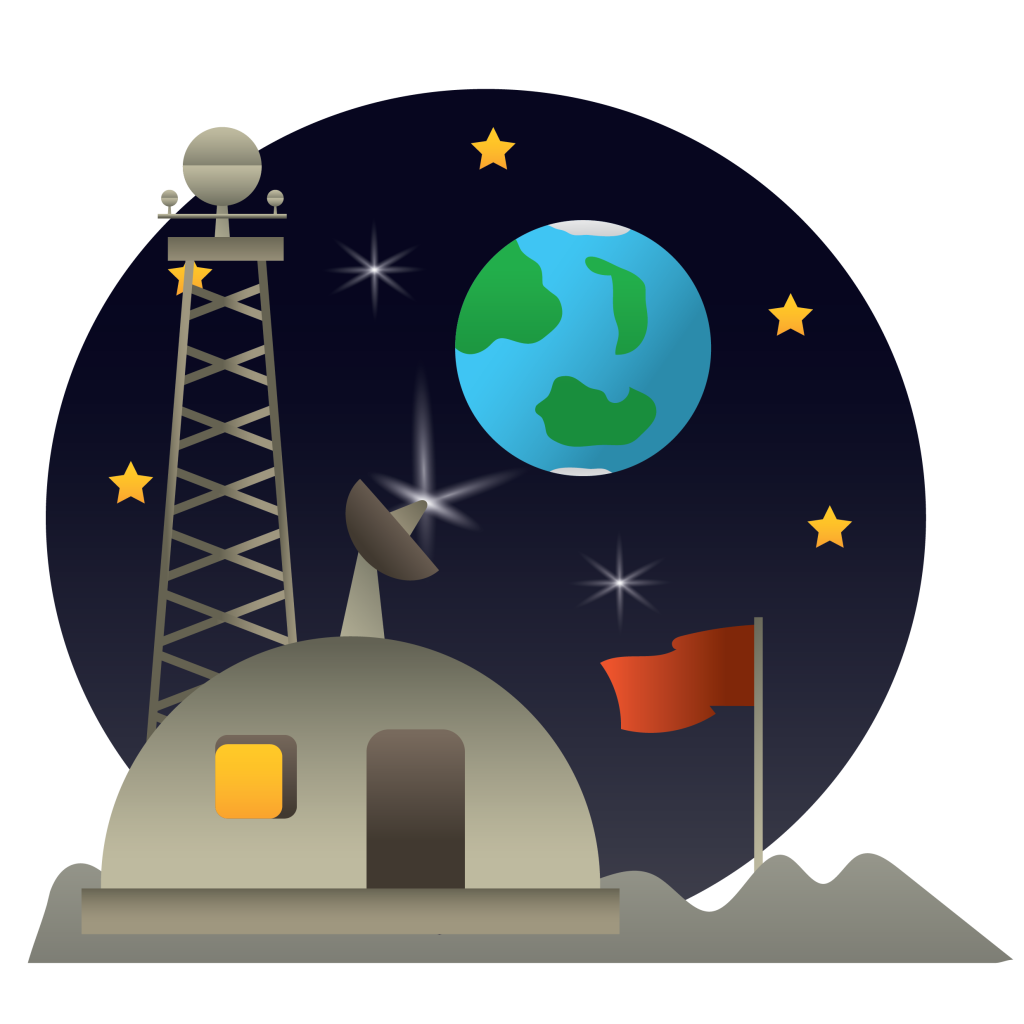 Earth Facts Quiz (all answers found in this article)

Take our quiz to test how much you have learned about our home planet! You can find all answers within the facts on this page.

Question 1:  How many planets away is the Earth from the Sun? (first, third, fifth, etc.)

Question 2:  Can you name two reasons why Earth is a good place for life to exist?

Question 3: Why is the Goldilocks Zone so called?

Question 4: True or False: Earth is the third smallest planet in the Solar System?

Question 5: How many days does it take the Earth to go around the Sun once?

Question 6:  True or False: Our moon is the largest in the Solar System?

Question 7: Can you name and describe the four layers of the Earth?

Question 8: What would happen if the Earth had no Greenhouse Effect?

Question 9: What percentage of the Earth’s surface is water?

Question 10: Why do we have seasons on Earth?