The Yorkshire Terrier is also a very popular pet to have; they are considered the most popular breed of small dog in the United States.

The American Kennel Club lists the Yorkshire Terrier (also referred to as the Yorkie) as both a toy dog, and a terrier.

Yorkshire Terriers come from Yorkshire, England originally. Their original intended purpose for breeding such small dogs was for hunting down rats in factories. 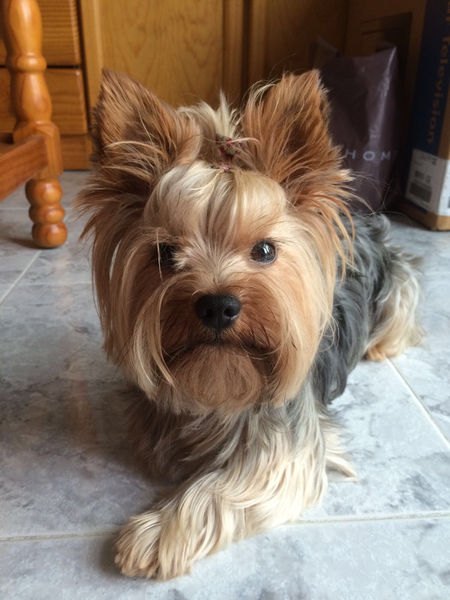 Yorkshire Terriers are very small even by small dog standards, and will generally weigh between 4 and 7 pounds. They are well known for their very unique appearance, and the very specific appearance of their coats.

Yorkshire Terrier coats are what make them easy to spot. They have very fine, smooth, silky hair that grows very long and hangs around them like robes. It falls down around their ears and chins as well.

Yorkie coats are tan and black, with a very specific pattern. There is a large black stripe that runs along their backs, and their bellies, legs, and heads are tan.

Their ears sit mostly upright on top of their head, usually with the tips flopped over.

Their appearance is well known and beloved, but it does require a large amount of maintenance.

Because it keeps growing and doesn’t shed, Yorkie owners must have them groomed regularly, by trimming their hair and brushing it out to prevent mats. 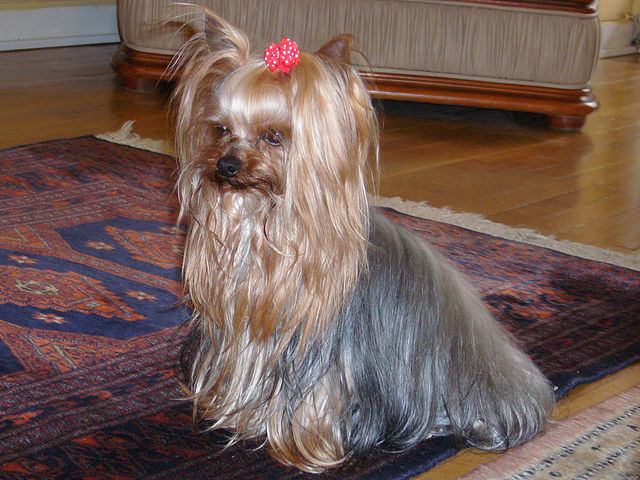 Some owners of Yorkshire Terriers keep their coats long, but many of them will clip their fur short. When it grows out long, Yorkie fur looks straight and sleek, but often when clipped short, it appears quite curly.

Like poodles, Yorkshire Terriers are considered hypoallergenic because they do not shed their fur. Since they do not leave hair everywhere, they are good pets for people who are allergic to dog dander.

Yorkies are known to have a “small dog temperament,” which means that they are very feisty and energetic. They are very small, but they are also fearless and outgoing.

They are also known to being serious barkers, meaning that they will incessantly bark at any possible intruders to their homes, strangers, and other dogs that they see.

This behavior does require some training to reduce, as they bark quite a lot. 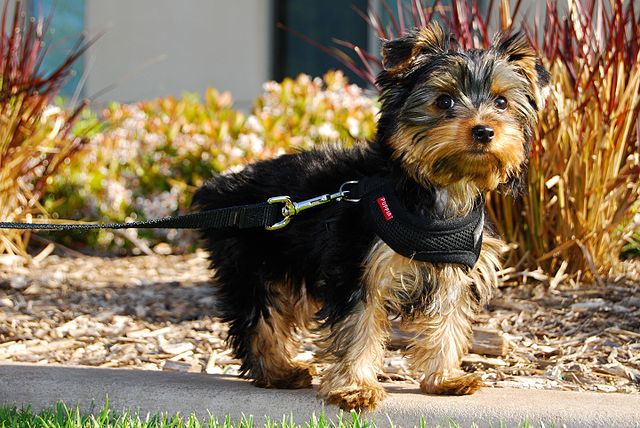 Unlike poodles, Yorkies are known to be quite difficult to house train, and it may take a long time. They also need to be trained to walk on a leash, which doesn’t come naturally to them.

There is a practice of breeding Yorkshire Terriers with poodles, which results in a “designer breed” that’s often referred to as a “Yorkie-poo.”

Smaller dogs do tend to live longer than larger dogs, and Yorkies, with their very small stature, can live around 13 to 16 years.

The smallest ever known dog was a Yorkshire Terrier. It was a female Yorkie called Sylvia that only weighed 4 ounces and stood to 2.5 inches in height.