The red wolf is the world’s most endangered canid. Canids are mammal carnivores like dogs, coyotes, wolves, and foxes.

Red wolves are native to the southeast United States. Historically, they used to roam from Texas up to Pennsylvania and down to Florida. Today, red wolves are only found in the wild in North Carolina.

Prior to their endangerment, red wolves were found in all types of habitats, from forests to swamps and coastal prairies. 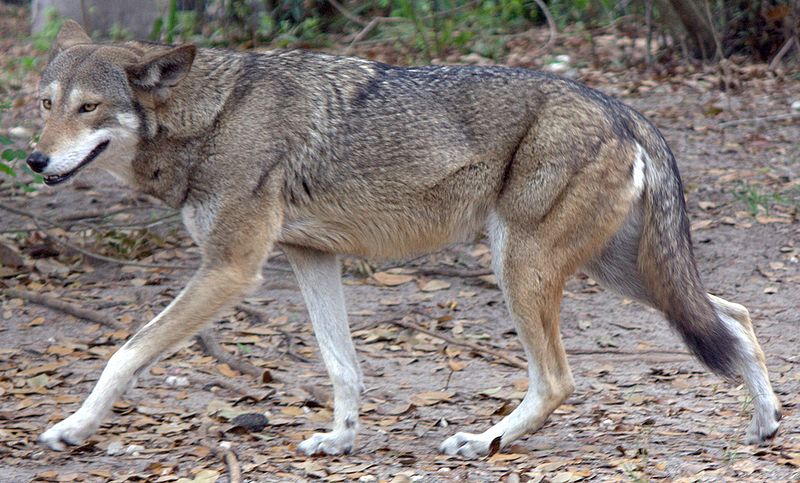 Red wolves are smaller than gray wolves and larger than coyotes. They are about 4.5 to 5.5 feet in length when counting the tail. They stand 26 inches to the shoulder. An adult red wolf can weigh between 50-80 pounds.

With its wide head, tall pointed ears, and slender legs, a red wolf could be mistaken for a domesticated German shepherd.

Red wolves are mostly brown with some black on their back. They have reddish tints of fur on their muzzle and behind their ears.

Red wolves are carnivores that prey on whatever is available. They rely mostly on smaller animals such as rabbits, racoons, and rodents, though they will also eat deer.

In order to find food red wolves are capable of traveling over 20 miles a day. When no meat is available they have been known to eat insects and berries.

Red wolves are pack animals that mate for life. The pack is made up of the breeding pair and their offspring. Most packs contain between 5 to 8 red wolves.

Older siblings will help the breeding pair raise the younger cubs. Red wolves leave their original packs to start their own before the age of three. Each pack has a home territory. Red wolves are very territorial and fight off other wolves if they enter their territory.

The red wolf is mostly active during dawn and dusk. They communicate with each other through scent marking, body language, and vocalizations.

Only the alpha male and female in a pack mate. Mating takes place between January and March, with two to eight pups being birthed in April or May.

Red wolves live between 6-7 years in the wild, and up to 15 years in captivity.

Habitat loss and expensive hunting has nearly driven red wolves to total extinction. Today, only 40 red wolves can be found in their natural habitats, with another 200 found in captive breeding facilities.

The US Fish and Wildlife Service has been attempting to conserve red wolves since they were declared an endangered species. Red wolves were gathered to breed in captivity and then returned to the wild. While this effort has saved red wolves from extinction, it has yet to see a noteworthy increase in the number of wild red wolves. 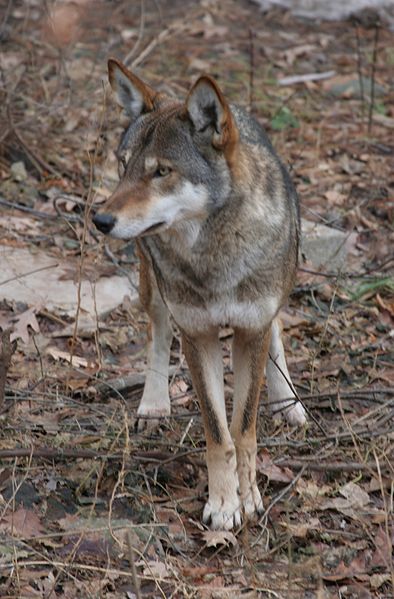