The Praying Mantis was given the name “praying” because the insect holds its two front legs up resembling someone who is praying. You will often see this insect referred to as a mantid as well as a mantis.

These insects can be found in most places of the globe except Antarctica. They can live almost anywhere: grasslands, forests, around lakes and rivers, deserts, rainforests, bushes, and rocky areas. 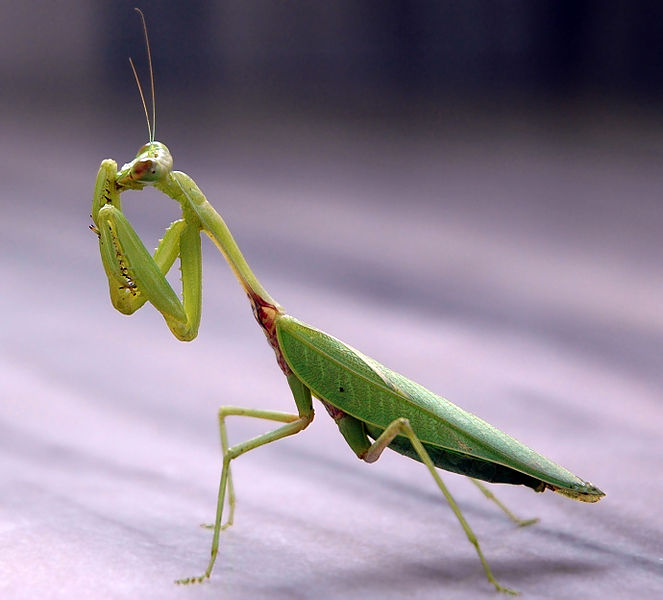 The praying mantis has excellent camouflage; they vary in color according to their surroundings – they can be brown, green, white, pink, yellow, or a mixture of colors. They may have projections on their bodies that resemble dead leaves, twigs, moss, or flower petals.

The eggs are deposited by the female as a cluster enclosed in foam that hardens to protect the eggs from the cold and from being eaten by predators. This cluster and foam is called an ootheca. The female never deposits the eggs on the ground but will choose a fork in some branches.

The praying mantis has an incomplete metamorphosis – they do not enter a pupa stage like a moth or butterfly. When they hatch from the egg ootheca, they are nymphs that resemble the adult but only smaller.

They shed their skin 6 – 9 times before they reach adulthood and grow each time they molt. They also have a rigid exoskeleton. 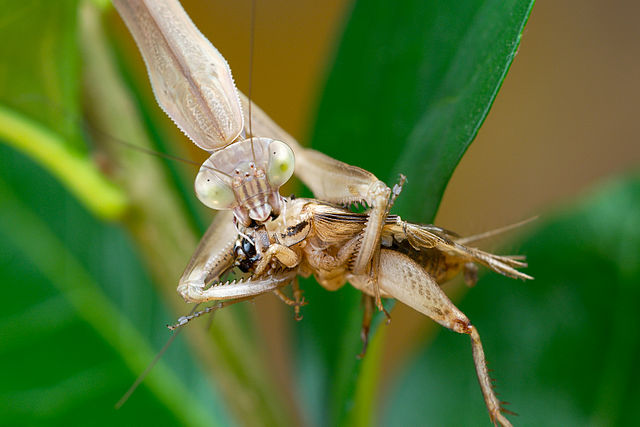 A praying mantis has six legs, the two front ones are especially long and strong equipped with pointy spikes; a long neck; two antennae; and a triangular head with that can swivel 180 degrees, which no other insect can do.

Most (not all) mantises have two wings and the male can use them to fly but the female cannot fly even though she has wings.

The praying mantis has as many senses as a human. They can see, smell, taste, feel, and hear. However, they depend mostly on their incredible sight and can judge distances with amazing accuracy. Most insects sense vibrations rather than actually hear. The praying mantis has an ear located in the middle of its abdomen and can pick up the echolocation sounds of bats.

Bats are predators of the praying mantis. But because of its exceptional detection of a bat’s echolocation, the praying mantis can save its life by suddenly dropping to the ground when the bat is within striking distance.

They are carnivorous – they eat flies, grasshoppers, moths, crickets and some of the larger species of mantis can eat lizards, frogs and small birds. They eat pest insects and this makes them popular with gardeners and some farmers. The praying mantis is not really a hunter; it will sit absolutely still and wait and watch for a prey to come near enough for it to grab it and eat it. 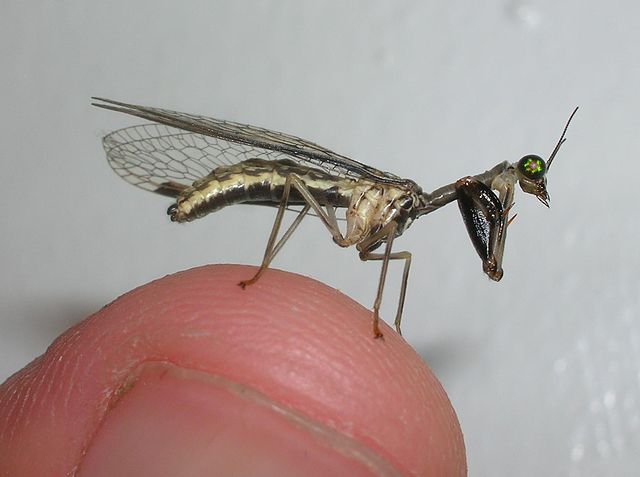