Prairie dogs are burrowing animals that can be found in central and western North America. They are about the size of rabbits and are closest related to the North American and Eurasian ground squirrel.

Prairie dogs are rodents, like squirrels, hamsters, and mice. They have strong front teeth that help them chew, or gnaw, their food.

Prairie dogs come in five species. These are black-tailed, white-tailed, Gunnison’s, Mexican, and Utah. The black-tailed prairie dog is the best-known species. 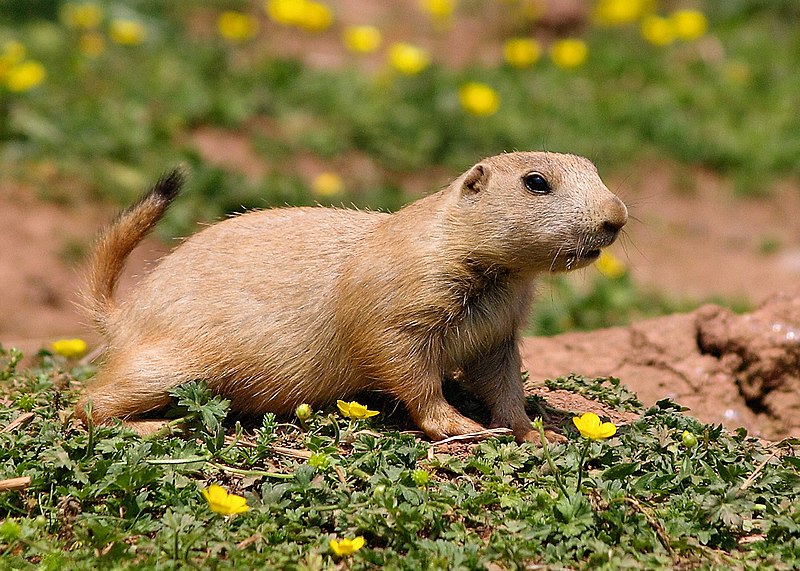 Prairie dogs live under the ground in burrows. Each system of burrows can contain many groups of prairie dogs, called coteries. A coterie often is made up of a male, one or more females, and their young.

A collection of coteries that all live together is called a town. A town can contain up to one hundred prairie dogs and cover over 200 acres.

Prairie dogs are found only in North America. They live in the grasslands and mountains from southern Canada to northern Mexico.

As North America has become more populated and industrialized, much of the grasslands where prairie dogs live has changed. Today prairie dogs can be found in roughly 5% of the land where they used to live.

Prairie dogs are usually about 11 to 13 inches tall. They have short fur, a flat tail, round ears, and short legs. Most prairie dogs weigh about 3 pounds.

During the day, prairie dogs forage for food. Herbs, grasses, seeds, and shrubs are the main sources of food for prairie dogs.

Prairie dogs spend much of their time tending to their tunnels. They are constantly digging and re-digging their burrows.

The prairie dog’s burrows can have many volcano shaped entrances. Some prairie dogs act as sentries, or look-outs, and stand on their hind legs atop these entrances. These sentries look for predators that could attack the town.

If a sentry sees anything dangerous they will give a loud cry. All of the nearby prairie dogs will then hustle down into their burrows. When safe again, a second cry will let the prairie dogs know that they can leave the burrows.

There used to be hundreds of millions of prairie dogs in North America. Today, there are only about 10-20 million in the wild.

The breeding season for prairie dogs is late winter and early spring. After about a month of pregnancy prairie dogs give birth to a litter of up to 10 young.

Prairie dogs live between 3-5 years in the wild, and up to 8 years in captivity. 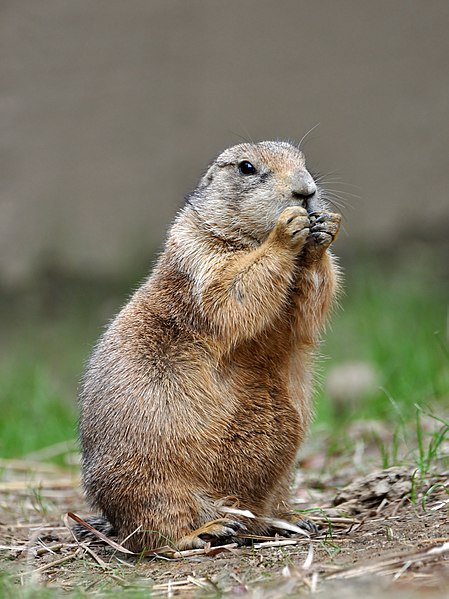