These enormous fish, named after a type of rock, are bigger and heavier than many sharks and whales. Read on to find out about this lesser-known giant of the ocean!

The ocean sunfish mola is a round, bony fish. They grow into this unique shape because their back fin does not grow at all while the rest of their body is developing. They are gray in color, sometimes resembling more of a silver color in different lighting. 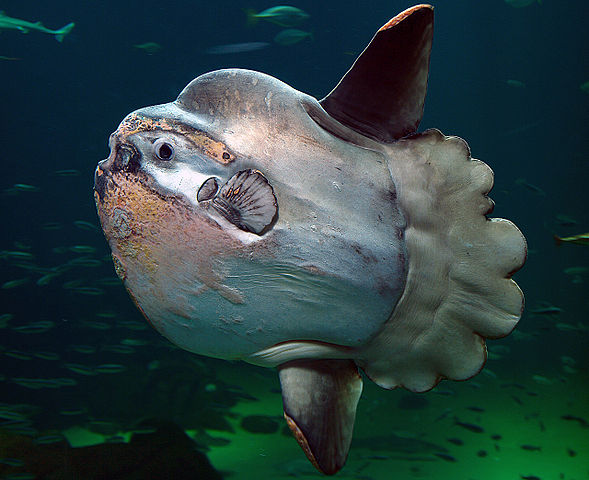 This fish received its name because of its round, gray appearance. “Mola” means millstone in Latin, so the mola is basically named after a type of stone.

The ocean sunfish mola is a huge fish. They can be up to 14 feet tall and 10 feet long. Their enormous size has the average mola weighing in at over 3,000 pounds! In the past, ocean sunfish molas have collided with boats and actually harmed the boat more than they were harmed themselves!

The ocean sunfish mola can be found in mostly warmer, tropical waters. This means it is more common to see them below the equator. Some areas where they have been most commonly spotted include Australia, New Zealand, and South America.

Ocean sunfish mola prefer to spend most of their time in open waters, but sometimes will travel to areas with more vegetation. 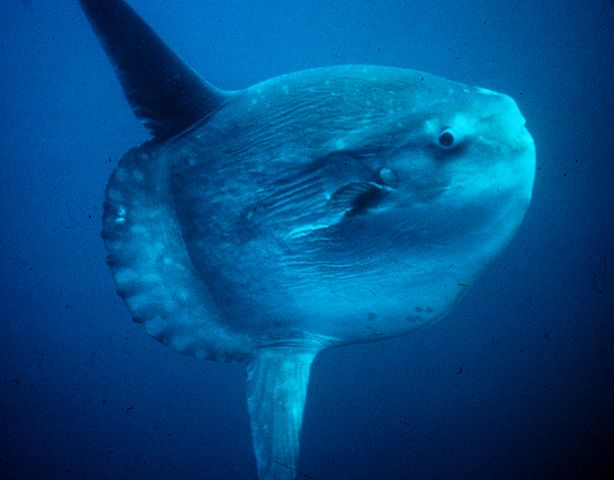 Ocean molas are omnivores, which means they eat both plants and other fish. One of their favorite meals is jellyfish, but they’ll eat many other types of smaller to medium sized fish.

To catch these different foods, they often have to dive down deep (over 500 feet down) to hunt. However, when not hunting for food, ocean sunfish mola generally prefer to stay in more shallow waters.

Because of their unique size and shape, ocean sunfish mola are not the most graceful swimmers. They can propel themselves by moving their fins, and they use their rounded back fin to steer. This back fin is called a clavus.

Ocean sunfish molas are very curious fish. They are not scared to approach humans diving or swimming. However, they are harmless in these situations.

Ocean sunfish molas are prone to infection by parasites. It is not uncommon for smaller fish and even birds to snack on the parasites living on the sunfish mola’s skin. In fact, molas sometimes invite these animals to do so because it helps keep their skin clean. 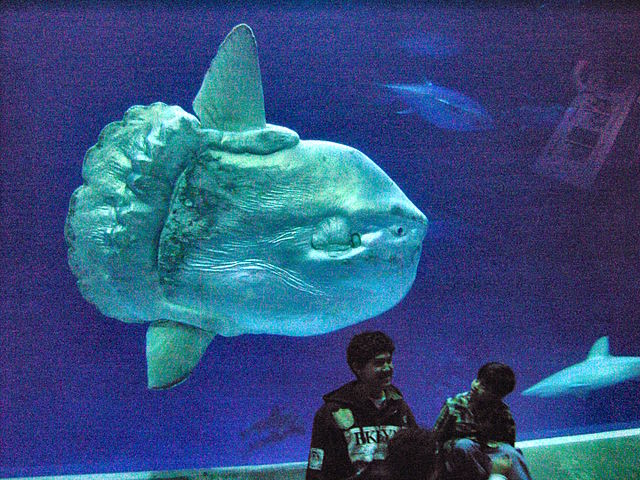 Is the ocean sunfish mola endangered?

Not yet. The ocean sunfish mola is officially categorized as vulnerable, which means it is not yet endangered, but it could be. One of the main dangers it faces is that because of its size, it is often caught in fishing nets or other traps.