Meerkats are cuddly, social animals who can also be fiercely aggressive about territory, food, and their families.

Although they can be found at the zoo, a meerkat’s natural habitat is in burrows in Africa. Let’s learn more about these unique animals.

Then, try our quick meerkats quiz at the end to test what you know! 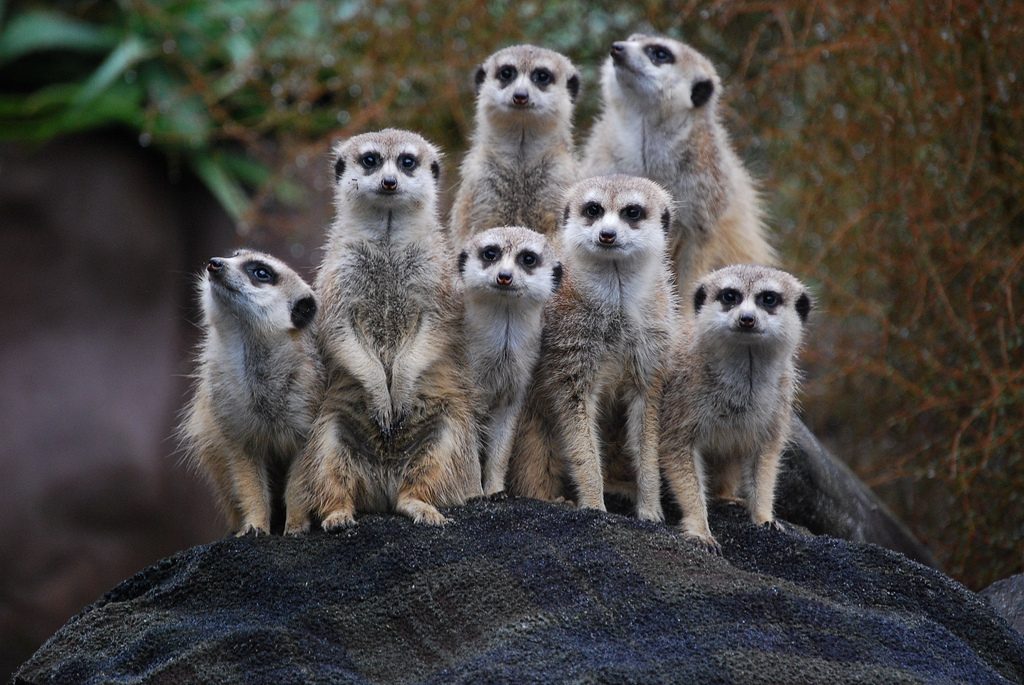 Meerkats are small mammals with long, slender bodies. They are about 9 to 11 inches tall and weigh up to 2.2 pounds.

Meerkats are light brown and have eight black stripes across their backs. Meerkats also have black noses, black rings around their eyes, and unique markings on their sides.

Their tails are about as long as their bodies and have black tips. Meerkats have long, sharp claws that help them dig.

Where do meerkats live?

Meerkats live in the southern tip of Africa in grasslands and deserts.

The largest meerkat populations can be found in South Africa, Botswana, Mozambique, and Zimbabwe.

What do meerkats eat?

Meerkats mostly eat insects, including termites and grubs. They will also eat eggs, some types of plants, small reptiles and birds, spiders, and scorpions.

Sometimes, meerkats dig up roots for water. They will fight for their food if other members of their pack try to eat it. 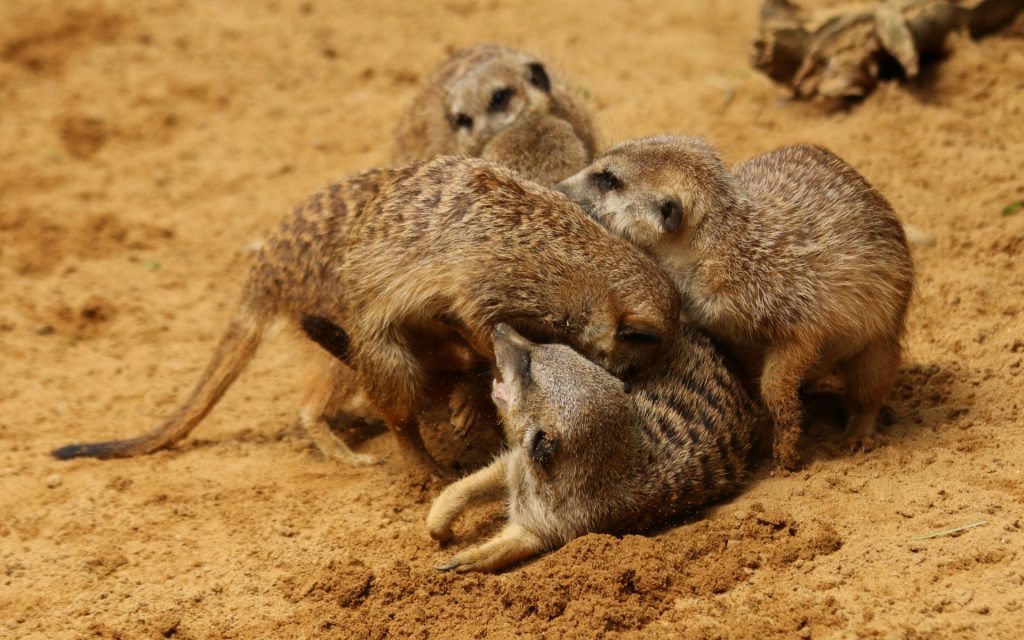 Because meerkats get moisture from roots and fruits like tsama melons, they don’t need to drink water to survive.

How do meerkats behave?

Meerkats are extremely social animals who gather in groups called mobs. The average mob is around 10 to 15 animals, but a mob may include up to 30 individuals.

Each mob is made up of around three families living together. A meerkat family consists of a breeding pair and their children.

Females appear to be the dominant members of the mob and are slightly larger than males.

Female meerkats are pregnant for 11 weeks before giving birth to a litter of pups. There are usually between two and five pups in a litter, and females may have multiple litters each year.

By the time they are two months old, meerkat pups look like adults.

Mobs are very social and spend time grooming one another and playing. At night, they sleep in a big furry pile together.

If another mob enters their territory, they become aggressive.

Since meerkats are very vulnerable to predators, mobs use a special system when they look for food. One meerkat stands guard, letting out a bark or whistle if danger is spotted.

Meerkats dig “bolt holes” throughout their territory. These are small holes that the meerkats will dive into if they are warned of danger. 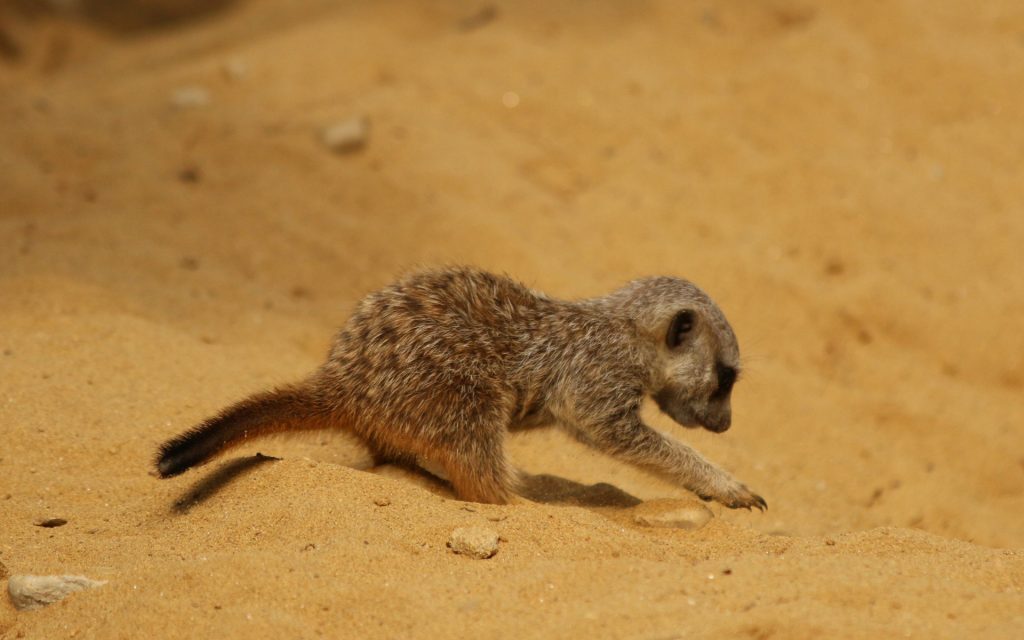 Mobs work together to find food, protect one another, and raise children. The more “babysitters” a meerkat pup has, the more likely it is to survive.

Meerkats live in underground burrows dug by other animals, such as ground squirrels. The burrows are divided into chambers, with separate areas for sleeping and going to the bathroom.

How many meerkats are there in the world?

The meerkat population is doing well. There are around 500,000 meerkats in the world. Experts are not concerned that the species will be endangered any time soon.

Still, they are threatened by dangerous predators and by weather, such as droughts and rainstorms. Rival meerkats are also a threat.

When fighting over territory, meerkat disagreements can be deadly. 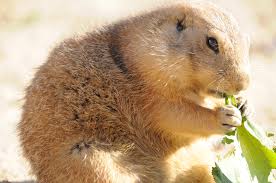