What Are Mallard Ducks?

This type of duck is most likely the first one that you might picture when someone tells you to think of a duck. They are common in many places around the world, such as in North America and some parts of South America, Australia, Asia, and Europe.

Mallard ducks most commonly live in wetland areas, such as ponds, lakes, marshes, and any place with a lot of water to swim in and find food in.

However, sometimes mallard ducks can also be found in prairie areas, farm lands, and other more dry areas.

Instead of diving underwater for fish, Mallard ducks like to forage for their food. They can eat a lot of different kinds of things, such as seeds and plants found in the water around them.

Mallard ducks can also be seen foraging for food on the shore, eating plants around the area and even some very small prey, such as insects.

When mallard ducks are mating and taking care of their new offspring, they are more likely to eat small prey for meals, which can include water insects, worms, and snails.

During the times of migration, such as in the fall before winter, mallard ducks will be more likely to eat seeds and grain-based foods from farmlands that they pass. 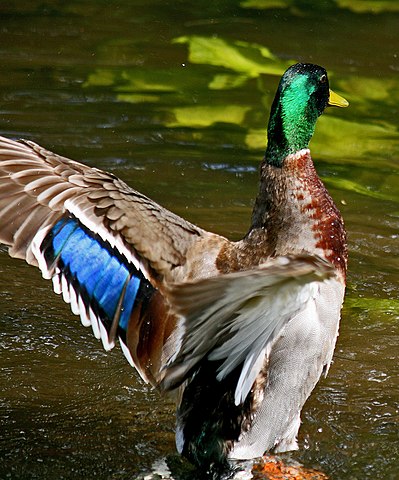 Taking Care of Their Offspring

Mallard offspring are referred to as ducklings. It is common for a female mallard to lay around 10 eggs at a time, and tending to them alone by warming them in a nest.

Once the ducklings hatch, they are amazingly already able to walk, swim, and get food for themselves. However, for their very first time, right after the hatching, the female mallard will lead her ducklings to some nearby water.

For the next few months, the ducklings will stay with their mother while she protects them. They won’t return to their nest, however, after they have hatched. After this period, the ducklings are deemed ready to be on their own, and they will be able to fly away to start their own lives. 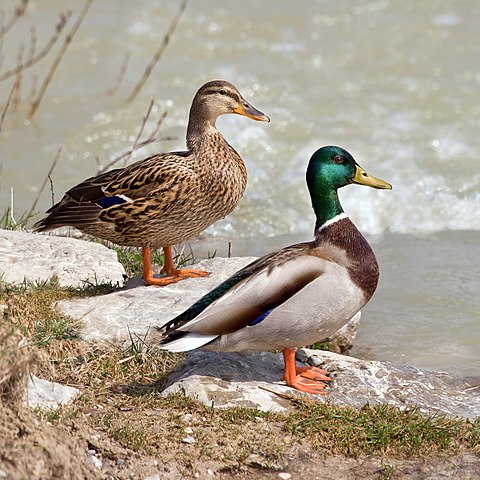 Other things to know about mallard ducks

The speed of a mallard duck while flying can reach seventy miles an hour, and sometimes they are even able to fly directly upward right from the water.

The most common location for mallard ducks is in North America, where it has been estimated by zoologists and wildlife experts that there might be as many as 10 million or more mallard ducks.