The hippopotamus, or hippo, is a huge mammal that spends more time in water than it does on land.

Despite their cute appearance, hippos are some of the most dangerous animals in the wild. 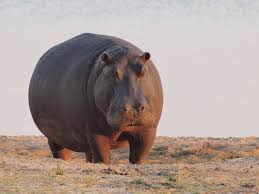 After elephants and white rhinos, hippos are the third-largest living mammal. They weigh 1.5 to 4 tons. They have thick, mostly hairless skin. Their heads and tails do have thick, bristly hair.

Hippos have thick gray or purple-gray skin. They have brownish-pink coloring around their ears and eyes.

To move quickly on both land and in water, hippos have some unique features. Their feet have four webbed toes and they have short, powerful legs. They also have flat, paddle-like tails.

Hippos’ eyes, ears, and nostrils are on top of their heads so they can see, hear, and breathe while being mostly underwater. 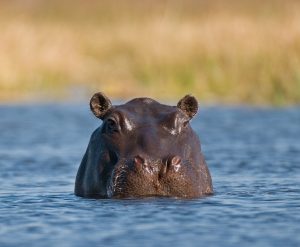 They have very strong jaws that can open 150 degrees. They also have giant teeth.

Where do hippos live?

Hippos live throughout sub-Saharan Africa in bushlands and grasslands.

They must live near water, because they submerge their bodies in rivers and lakes to stay cool in the hot African sun. They can spend up to 16 hours each day in the water.

What do hippos eat?

Hippos eat grass, shoots, reeds, and sometimes fruit. They usually don’t eat while in the water, but they sometimes snack on water lilies and bushes.

At sunset, hippos leave the water and head to the land to graze. They may travel six miles in a night and eat up to 80 pounds of grass. 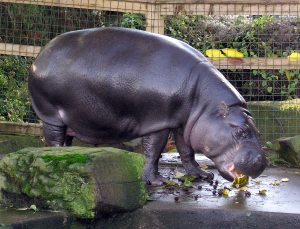 Very rarely, hippos have been seen hunting and eating antelopes or impalas.

Hippos live in groups of 10 to 30 animals. These groups are called schools, bloats, pods, or sieges. Some groups may have as many as 200 individuals.

The groups are made up of both males and females. They are led by a dominant male hippo.

Hippos are extremely loud. They snort, wheeze, and grumble at about 115 decibels. That’s as loud as a rock concert! 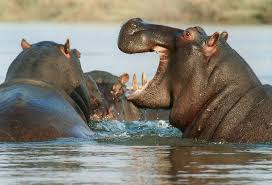 They are also very aggressive and considered dangerous. Hippos use their large teeth and tusks to fight against threats, including each other.

Female hippos give birth in the water to a calf weighing 50 to 110 pounds. The calf and its mother stay alone near the edge of the water for a ten-day bonding period.

During this time, the mother will approach any other hippo that approaches, male or female. Soon, the mother begins to graze away from the infant during the day. 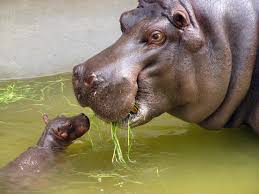 When the calf is a few weeks old, the calf joins the mother while she grazes at night. The calf usually hides under a bush while she eats.

The calf becomes more independent at about six to eight months old.

Female hippos have a calf once every two or three years. They remain close to their older children after giving birth again.

Mother hippos can often be seen with up to three children following behind them.

Hippos are not endangered, but they are classified as a vulnerable population. Scientists estimate that there are 125,000-148,000 hippos in the wild. The majority live in East Africa.

Humans are pushing hippos out of their habitats, and hippos are also threatened by hunting. They are hunted for their fat and ivory tusks. 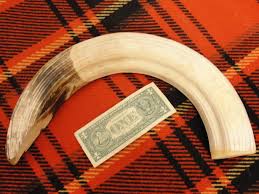 Wildlife federations are working to create protected spaces for hippos.

Other Interesting Facts About Hippos 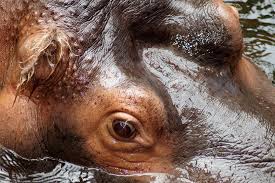