The hellbender is the largest salamander in North America. It is also called the “snot otter”, “devil dog”, and “lasagna lizard” and sometimes confused with a mudpuppy.

Salamanders are amphibians that look like lizards. They are aquatic animals that have limbs and possess a tail as both larvae and adults.

There are two subspecies of hellbenders – Ozark hellbenders and eastern hellbenders. Both sub-species are native to North America. 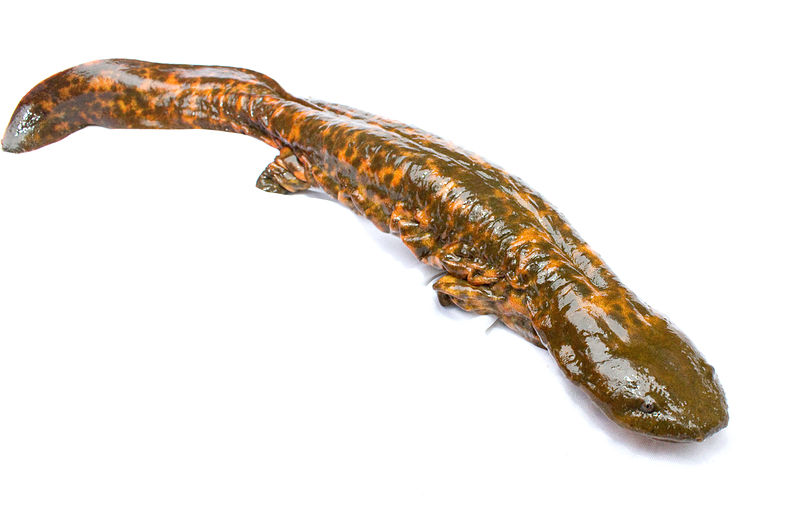 The Ozark hellbenders lives in Missouri and Arkansas, while the eastern hellbender lives in the Appalachian region of the United States, from southern New York to northern Georgia.

Hellbenders like shallow, fast-moving water habitats. The water needs to be well oxygenated and free from pollutants.

They make their home under rocks in these streams. These rocks act as protection from predators. They are also used as nesting sites for laying their eggs.

Hellbenders range in size from 12 to 29 inches long. They have a flat head, wrinkled body, folded slimy skin, four short limbs, and a rudder-like tail. They also have open gills and no eyelids.

For weight, hellbenders can grow to weigh up to 5 pounds.

Males are usually larger, though both male and females are quite similar in appearance. Their skin can be grey to brown, with a pale underside. Rarely hellbenders will be entirely black. 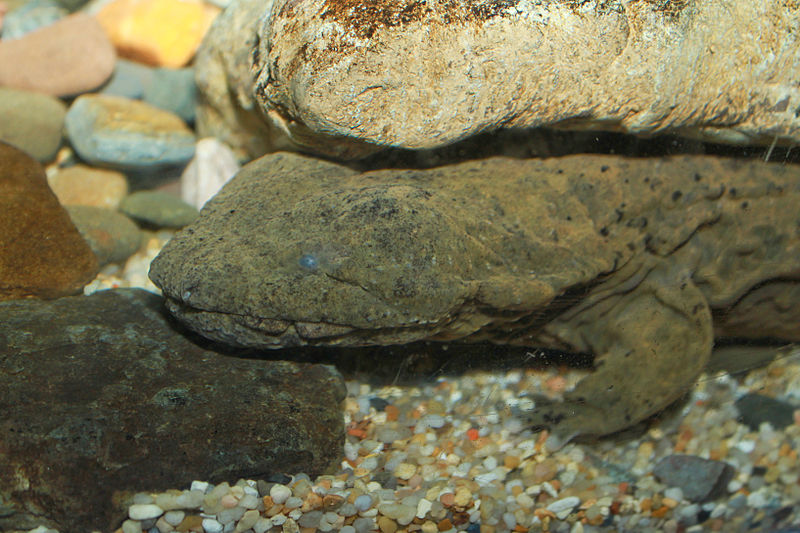 The main staple of the hellbender diet is crayfish. They also eat fish, insects, and other hellbenders.

The hellbender has a large mouth that allows it to eat almost anything smaller than it.

Hellbenders are considered “sit-and-wait” predators. They will lie beneath their rocks, and when a prey comes nearby strike.

Hellbenders are solitary animals. They spend most of their adult life on their own, only meeting during breeding season.

Like most other amphibians, hellbenders are nocturnal. During the day they sleep underneath rocks or logs.

They spend their entire life in the water.

Hellbenders mate in the fall months. Males will hollow out a hole beneath a rock, where the female will then lay her eggs. She lays two strings of between 200 and 400 eggs.

Once the eggs are laid, the male will fertilize the eggs and drive the female away from the nest. He will guard the eggs until they hatch in about two months.

The larvae are born about one inch in length. They have external gills which will disappear at about two years of age. At this point they breath entirely through their skin.

Many juvenile hellbenders will be eaten by fish and other predators.

The lifespan of hellbenders in the wild is uncertain, but it is believed to be around 25 years. In captivity hellbenders can live considerably longer.

Hellbenders are considered endangered in several states in the United States. The Ozark hellbender is federally endangered. 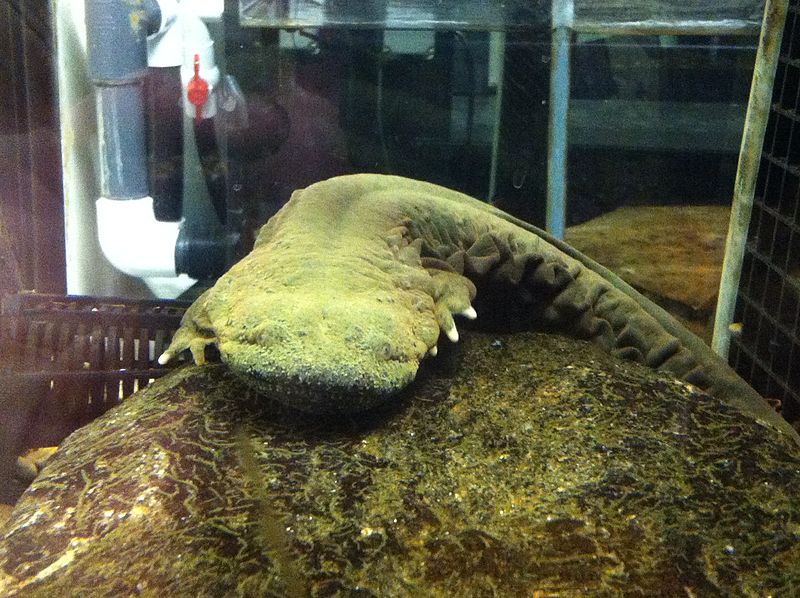 The number of hellbenders has declined over the years due to pollution of water and limiting of waterways. The illegal selling of hellbenders as pets may also affect their population.