Giant pandas, also called pandas, are native to China. They’re known around the world for their black and white coloring and cuddly appearance. 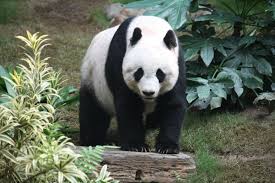 Giant pandas are black and white bears. Their bodies are mostly white. Their ears, legs, and shoulders are black, and they have black patches on their eyes.

They are usually 4 to 5 feet tall and weigh about 300 pounds. Giant pandas have thick, woolly coats.

Where do giant pandas live?

Giant pandas once lived in many areas of southern and eastern China, northern Vietnam, and Myanmar.

Today, they live only in the Chinese provinces of Sichuan, Shaanxi, and Gansu.

Within these provinces, giant pandas live in bamboo forests in six of China’s mountain ranges.

Most of the remaining pandas are in the Minshan and Qinling mountains. 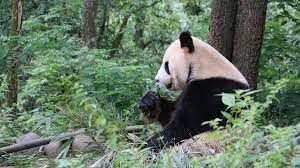 What do giant pandas eat?

About 99% of the giant panda’s diet is made up of bamboo.

They eat bamboo leaves, stems and shoots. Bamboo has very little nutritional value, so they must eat about 28 pounds of bamboo every day!

They also have large wrist bones that help them hold and crush the bamboo. 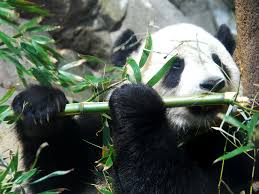 The remaining 1% of the giant panda’s diet consists of other plants and sometimes small rodents, fish, or birds.

Giant pandas are solitary, meaning they live alone. In fact, they use their strong sense of smell to avoid each other. 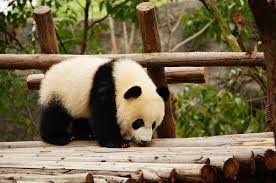 When necessary, pandas communicate with each other through scent markings and noises.

They mark their territories by rubbing against objects and clawing tree trunks.

Females usually give birth to one cub after a five-month pregnancy.

Cubs are blind and pink at birth, then all-white until they eventually develop their black and white coloring. 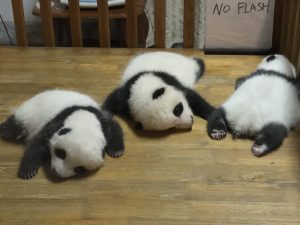 Some large mammals are huge from birth, but not giant panda cubs!

At birth, they weigh just five ounces and are smaller than a stick of butter. They can’t crawl until they are three months old.

Panda cubs stay with their mothers for 18 months before going off on their own. 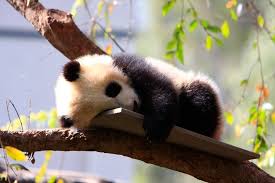 Giant pandas were once classified as endangered. But in 2016, their status was changed to vulnerable. This means that the panda population size is beginning to increase.

Today, there are an estimated 1,864 giant pandas in the wild.

The biggest threat to the giant panda is loss of habitat, especially because they are so dependent on the bamboo plants in their natural home.

They are also sometimes hunted for their fur. 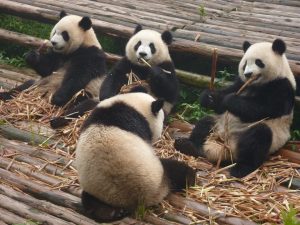 The panda population is increasing because of efforts to protect panda habitats, keep them safe from hunters, and build nature reserves. 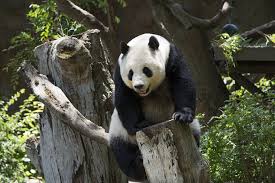 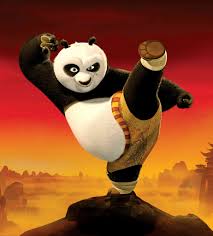