Deer are ungulates of the family Cervidae. An ungulate is a large hoofed mammal. They are related to elk, moose, and caribou.

There are about 50 different species of deer. There is also disagreement in the scientific community as to the exact classification of certain deer.

Deer are broken up into two groups: Old World and New World deer.

The distinction is based on where the deer originated, and not where they are currently found. 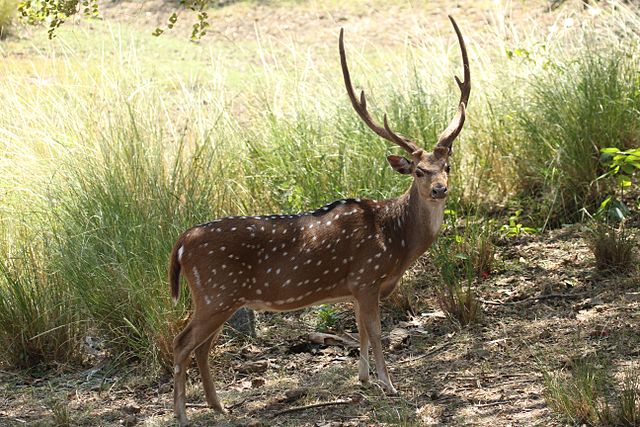 Deer can be found on every continent other than Australia and Antarctica. There is only one species of deer found in Africa.

The most common deer in North and South America is the whitetail deer.

Deer can live in a variety of different ecosystems. They can be found in forests, wetlands, grasslands, mountains, and rainforests.

Deer come in many different sizes. The largest deer is the moose and can be 6.5 feet to the shoulder. The moose can weigh as much as 1,800 pounds.

The smallest deer is the Southern pudu. It can weigh as little as 20 pounds and be as small as 14 inches tall. 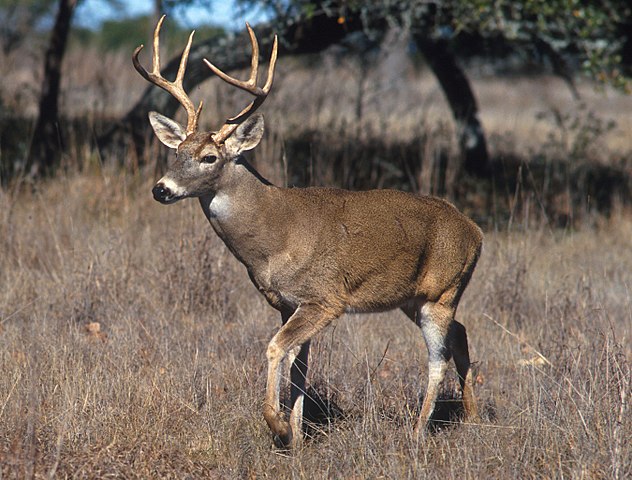 The male in almost every species of deer has antlers. Both male and female caribou have antlers. The Chinese water deer is the only deer that doesn’t have antlers.

Antlers are grown every year. They are covered in velvet, which is a collection of nerves and blood vessels. When fully grown the deer will rub the antlers against a tree until all of the velvet is gone.

Deer come in a variety of colors, but most are either a dark or light brown. When young deer have white spots on their coat which helps hide them from predators.

Deer are herbivores and are known for being very selective with what they eat. They spend most of their time looking for the most easily digested food to consume.

Most deer prefer to eat leaves, shoots, grass, and fruit.

Like cows, deer have 4 stomachs. They have a main stomach, and 3 “false” stomachs. They use these false stomachs to help them digest their food. While being digested, their food is called cud. 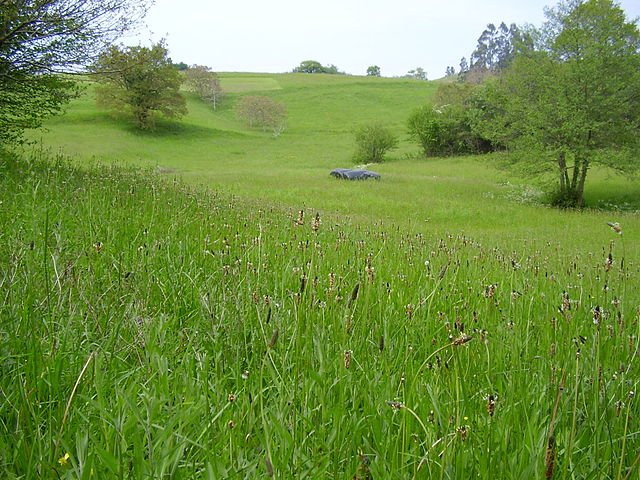 Deer are social animals and prefer to move in herds. The herd is often led by a dominant male and can contain around 25 deer. Some species of deer segregate their herds by sex.

The dominant male is called a stag.

Deer are mainly active during the day. They spend much of their day looking for food.

Antlers are used for two main purposes. The first is a form of defense. Stags will attempt to protect their herds from other males and predators using their antlers.

The second use of antlers is for courting. 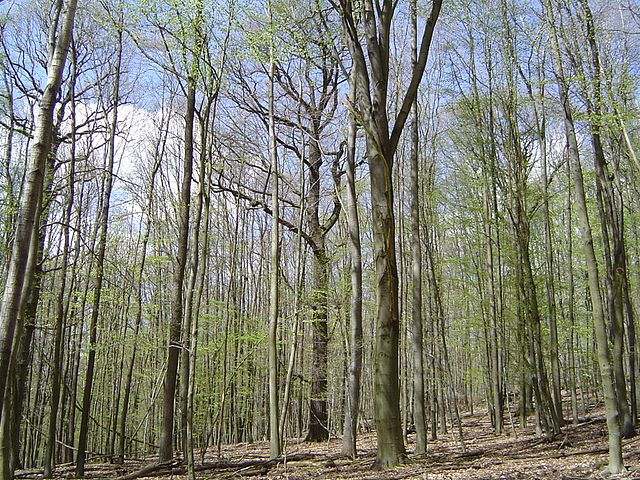 The mating season for deer is dependent on the species. Deer are pregnant between 180 to 240 days. The larger the deer, the longer the female is pregnant.

Deer are hunted by larger predators and humans. Humans have hunted deer for thousands of years. 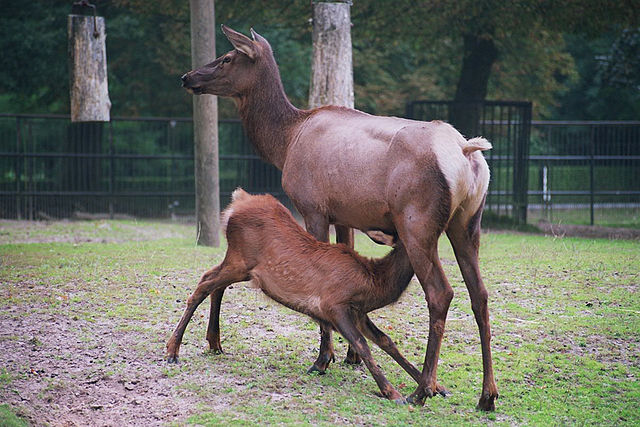 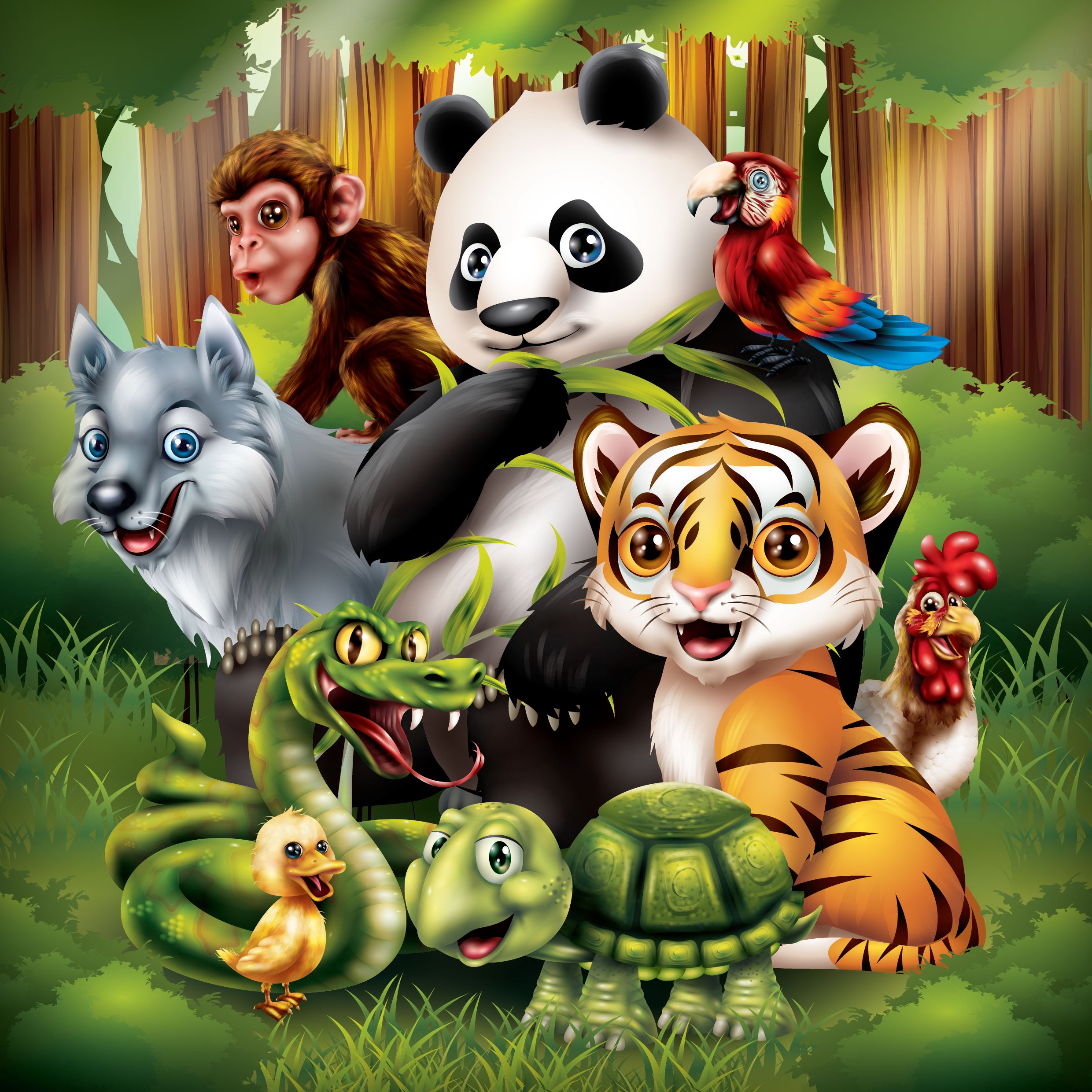