The Border Collie is a dog breed that is known for its herding abilities. Initially, it was bred to help with sheep herding.

Border Collies have a lot of energy and are very athletic, so they can be a handful to take care of, but they are highly intelligent and easily trainable.

Border Collies are generally considered to be in the medium size range, typically weighing around 30 to 50 pounds and standing just under 2 feet tall. 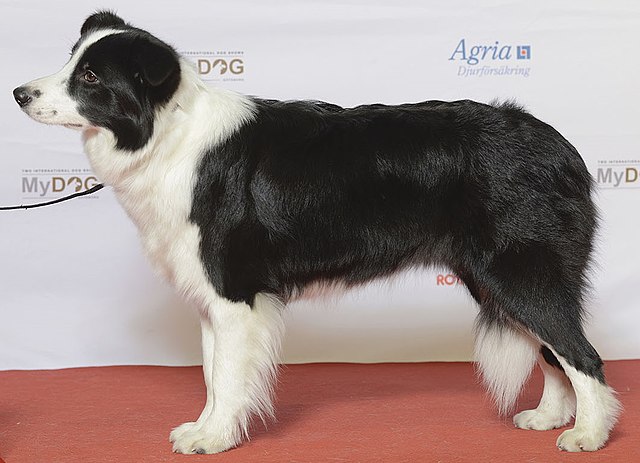 Border Collies are most famously known to have a black and white blocked pattern in their coat, but they can also have various different coat colors, such as black, white, and tan or red and white.

Less frequently, they sometimes come in a single color.

Border Collie fur comes in medium to long length. They do not need to have their fur trimmed regularly, as they will shed their fur on their own.

Origin – Where Do Border Collies Come From?

Border Collies come from the United Kingdom originally, and their ancestry goes back to the 1800s. The first dog of this line was called Old Hemp.

Old Hemp was known for being a very good sheep herding dog, so shepherds began using him to breed more sheep dogs.

This selective breeding eventually led to the Border Collie sheep dog breed, which was initially called the Scotch Sheep Dog. The “Border” in its name came from its first home along the border of Scotland and England. 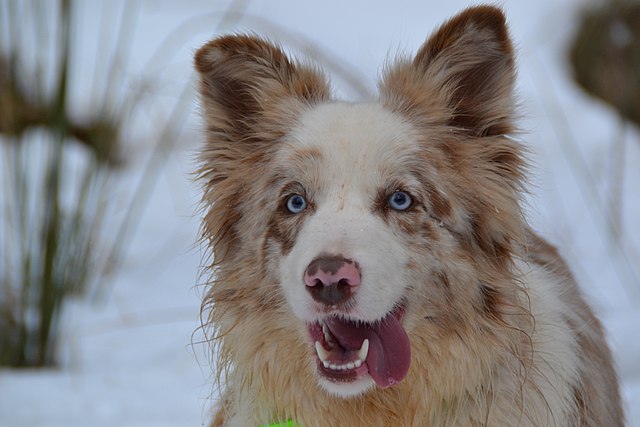 Border Collies are known to be very athletic and highly trainable, so they are great at various competitions, including ones for agility and herding.

Border Collies make the best pets for active families. They need plenty of exercise and stimulation, without which they might get bored and act out by chewing on things around the house that they’re not supposed to.

Border Collie lifespans tend to range around 12 to 15 years. They have been known to learn to respond to hundreds of different human commands. Their litters generally consist of around 6 to 8 puppies.

Border Collies are considered the smartest dog breed, and the most obedient. They are great for any kind of jobs with athletic requirements, including search and rescue.

The American Kennel Club, an organization that regulates purebred dog breeding, recognized the Border Collie as an official new breed in 1995. 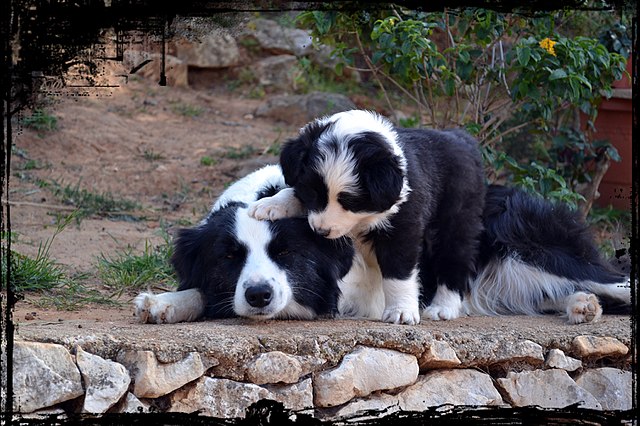 While Border Collies are generally quite healthy dogs, some of them can be prone to a health condition known as hip dysplasia, which causes joint pain in the hip, and is common in many kinds of larger dogs.

Border Collies are very friendly and affectionate with their owners and with other dogs and children, especially if they are introduced to other dogs and people very early in life, so they can get used to socializing.

Despite their friendly nature, they can be standoffish with strangers when not socialized well, which does make them good guard dogs as well.